In the Orenburg region of Russia found the ancient helmet 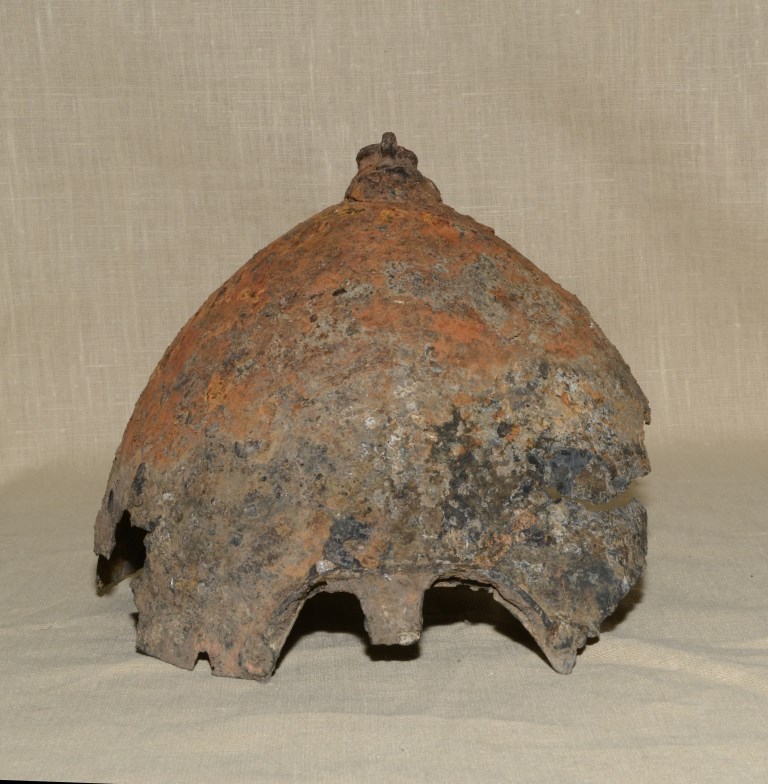 Many news agencies hastened to state that it belonged to a noble warrior of the times of the Golden Horde. Is it so? For clarification, the journalists went to the archaeological laboratory of the Orenburg State Pedagogical University, to which the museum was handed a helmet.

The researcher of the laboratory, the author of the article “Helms of the nomads of the 9th-14th centuries from the territory of the Volga-Ural region” Pavel Kharlamov told the history of the find and about the features of the helmet.

As he said, the helmet on the bank of the river Kargalki in the area of ​​the gas plant was found by Orenburg fisherman Eduard Mahmudov and passed the find to the museum. Pavel Viktorovich did not tell us the exact location of the armor detection – perhaps because before that all helmets of the Volga-Ural region were found either in barrows or in destroyed burials. A separately found helmet is a unique phenomenon.

Note that this is only the second similar helmet, found in Orenburg. The first in 1985 was discovered in the Svetlinsky district, in the burial mound No. 3 of the Ozernovsky burial ground. We emphasize that in the steppes of the Volga region, the Urals and Kazakhstan, only nine medieval helmets have been found, but there are none like the last find.

While the dating of the helmet can only be assumed, but not confirmed, says Pavel Kharlamov. In favor of the Golden Horde history of the helmet, in the first place, they say analogies. Such a helmet was previously found in the burial of the warrior of the Golden Horde in the North Caucasus. In addition, our helmet has pommel in the form of a ring, which is typical for the helmets of the Turkic nomads. Presumably in this ring was inserted horsehair or pelts of fur-bearing animals.

Helmet hemispherical shape is made by forging. How many parts it consists of, it will be possible to find out only after the restoration. This was told by the blacksmith Victor Anshukov, who has been a member of the historical reconstruction club Truvor for 12 years. According to him, it is unlikely that the helmet is forged from a single sheet of metal, although there are no visible traces of a splash, as in four-piece helmets, it is not visible. Anshukov suggests that the so-called vpotaya clap (secret) was used here, when the parts of the helmet that were rubbed together literally were sintered.

In any case, complete information about the found helmet will appear only after the restoration and scientific discussion, which archaeologists plan to hold at the nearest scientific conference.