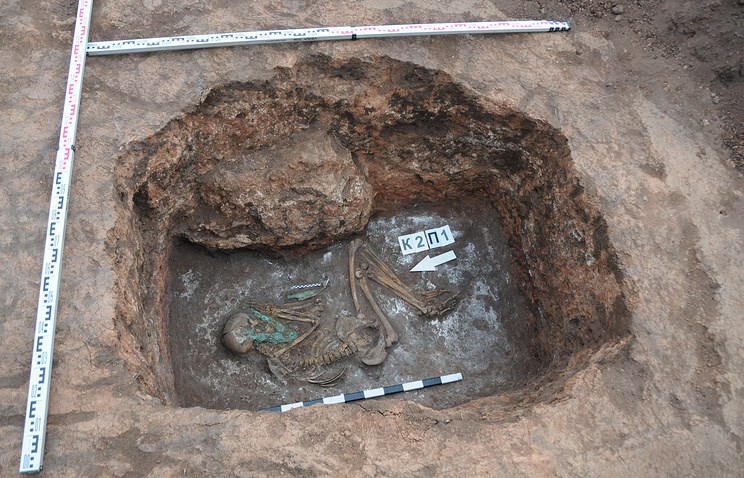 Buried in the grave was discovered decoration and dagger, unusual for the ancient culture of the Orenburg region. When security and scientific excavation of the mound near the village of Kamenka in the Orenburg region, archaeologists discovered the burial of a noble woman in the II century BC, which is unique for our region of the facial adornment (on strings strung rows of bronze and vitreous faience beads, sewn decoration on the copper plates, a total of six rows of beads with patterns in the form of concentric circles) and the bronze dagger with the remains of the case.

“This is the first such discovery in the region. Analogues such jewelry found in Alakul culture, and carcass culture is not typical. The tomb belonged to the carcass culture – the media is often constructed graves in wooden frames. Log culture is one of the most popular in the Orenburg region”.

In the near future it is planned the restoration of the decoration. Also Elena Kryukova noticed that women in ancient graves usually didn’t put the daggers.