In the Sahara desert found the remains of giant sea creatures 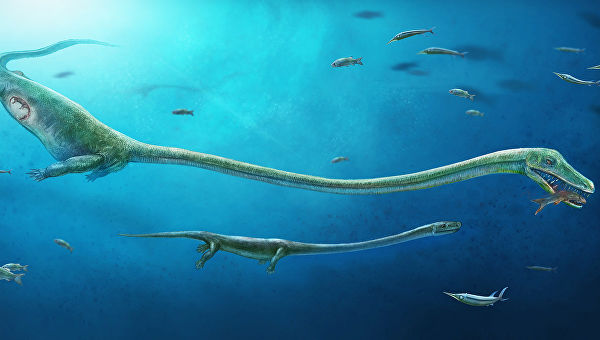 A team of researchers led by Maureen O’Leary, a professor of anatomical sciences at the Renaissance School of Medicine at the University of Stony Brook, discovered hundreds of giant sea creatures in the Sahara desert.

A full research report can be found in the Bulletin of the American Museum of Natural History.

The work proves that in the period from 100 to 50 million years ago, the current Sahara desert was the seabed. Scientists believe that then Africa was divided by a powerful sea channel with salt water. His bottom over time and turned into a desert.

Evidence of this are the hundreds of fossilized remains of ancient sea creatures found in the Sahara over the past 20 years. The new article is a comprehensive analysis of extinct species and contains information about their first reconstruction.

“The fossils found on the expeditions indicate that this sea was inhabited by some of the largest sea snakes and catfish that ever lived on the planet, as well as extinct fish that were giants compared to their modern relatives,” says Professor O’Leary. “Tropical invertebrate remains, crocodiles, early mammals and mangrove forests were also found. The sea route often changed in size and geography. We assume that this could lead to the emergence of Ali gigantism “.

The article presents the first reconstruction of ancient relatives of elephants and large predators such as sharks, crocodiles and sea snakes.

By the way, the study will help to study the possible effects of climate change on Earth.