In the Sayano-Shushenskaya HPP area, ancient jewelery from hard coal was found 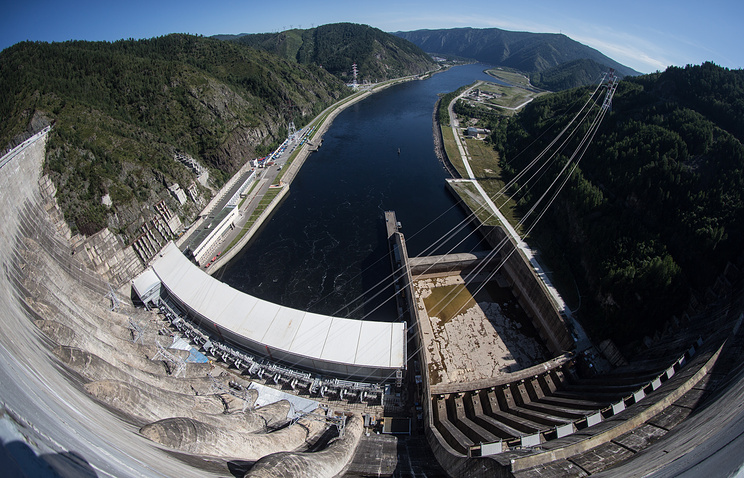 The expedition of the Institute for the History of Material Culture (IHMK) of the Russian Academy of Sciences in St. Petersburg found on the shores of the Yenisei in Tuva rare ornaments of nomads of the II – I centuries BC, made of bronze and hard coal.

As the head of the expedition, the senior researcher of the Department of Archeology of Central Asia and Caucasus IAMK RAS Marina Kilunovskaya, excavations take place on the shores that were in the flooded zone under the influence of the Sayano-Shushenskaya HPP.

“The most remarkable finds were at the Ala-Tey burial ground, where burials of the Hunnu-nomadic people living in the steppes to the north of China in the 1st century BC – II century AD are investigated. This year we found many burials, they The belt is the main attribute of the nomads, so it was richly decorated with various plaques – mostly of bronze, but also there are very interesting buckles made from coal, “Kilunovskaya said.

According to the archaeologist, bronze and carbon buckles are artistically decorated in a special for the Hunnish style, depicting fantastic animals – dragons or predators – leopards, panthers. Images of horses, yaks and snakes were also used. As the researchers note, “this set of images is typical for China and for the Scythians, which influenced the formation of the Hunnu culture.The buckles of coal are very large – up to 20 cm, they are decorated with carved animal images or inserts from semiprecious stones – corals, carnelians, turquoise, jade.

Kilunovskaya notes that jewelry from coal is very rare. “About 6-7 such ornaments have been found all over the world, we have now found 4. Apparently, their owners were very rich people who came from Transbaikalia or Mongolia. They found this material, it was interesting for them, and they used it for their ornaments, “- said the archaeologist.

Prior to the IHMC RAS, such findings were unique not only in Tuva, but also in adjacent territories in China, Mongolia, and now a whole collection of several dozen buckle hunnus has been collected.

In the research area around the Sayano-Shushenskaya HPP there are other ancient burial grounds from the II century BC to the Middle Ages (XII-XIII centuries). These monuments are threatened with extinction due to the erosion of the coast.

“The beach is being washed away, and wooden structures, skulls, weapons are falling down.” Next year these monuments of history may disappear, so now our goal is to save and study them, “said Marina Kilunovskaya. Archaeologists managed to study the preserved log cabin of the Scythian era this year. There were armaments – daggers, battle axes, arrowheads.

Next to the ancient burials of the Hunnu and Scythian burial grounds, scientists are exploring the collapsing medieval Mongolian burial ground dating back to the 12th-13th centuries, the time of penetration of Buddhism. There were found burials of men and women. Men in full arms – with bows, stirrups, women with their ornaments, but, according to scientists, not as rich as in the era of the Hunnu.

Archaeological research in this region has been carried out since 1965, when the Sayano-Tuva expedition of the IHMC RAS ​​was established in connection with the design of the Sayano-Shushenskaya HPP construction, the task of which was to study the monuments in the so-called flooding zone. Nowadays this expedition is divided into two – Sayansk and Tuva, which continue to work in Tuva and the Krasnoyarsk Territory.