In one of the frozen monuments of the middle ages near the Arctic circle in the Yamal Ob unit of the Institute of archaeology and Ethnography discovered the unusual finds were a pair unisex burial in the home of the home of the Northern Khants and almost three-meter logs with carved faces on them. These findings will require of scientists a long and careful consideration, because they do not fit into the known frame historians and cultural traditions of the population living there.

Ust-Voicesee settlement (Bonarski town) is a medieval monument of ancient architecture of the Northern Khants. Its uniqueness lies in the fact that in the permafrost, perfectly preserved in all the organic finds (wood, bark, fabrics), which for several years study of this monument was found more than three thousand. Great were preserved the natural conditions themselves architectural design.

– Graves of the Northern Khanty who lived in Vocarska settlement, had separate cemeteries, as is common in many other Nations. According to anthropologists of iaet SB RAS, both of the skeleton was found had no visible damage and belonged to the Caucasian, not Mongoloid, – said the head of the squad, Ph. D., senior researcher iaet SB RAS Andrey Novikov. 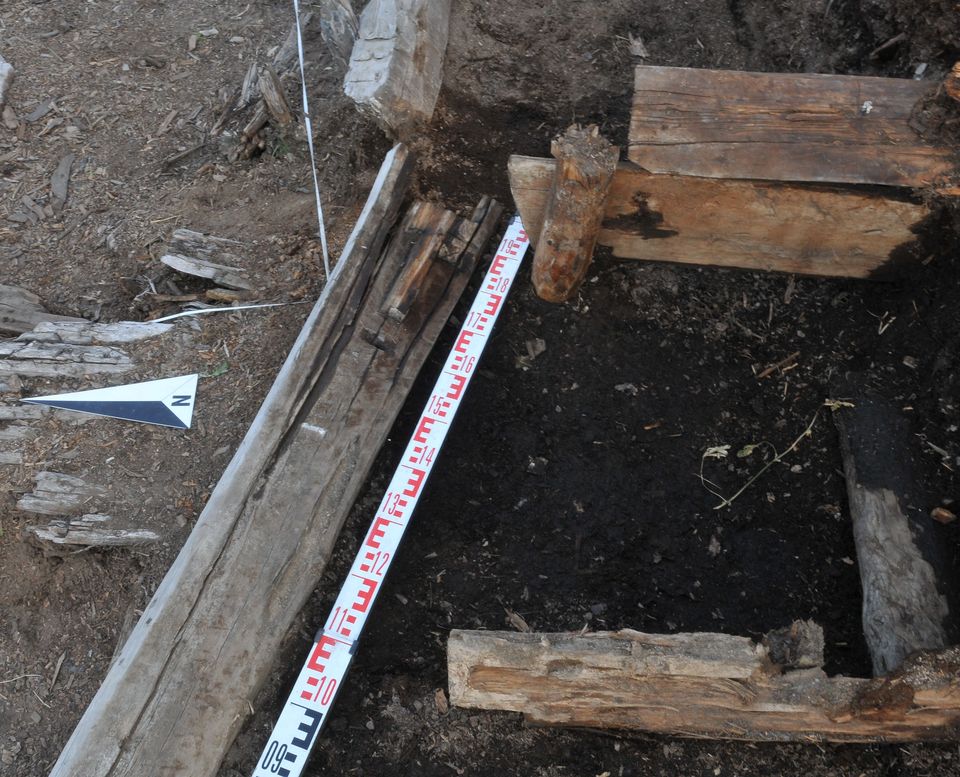 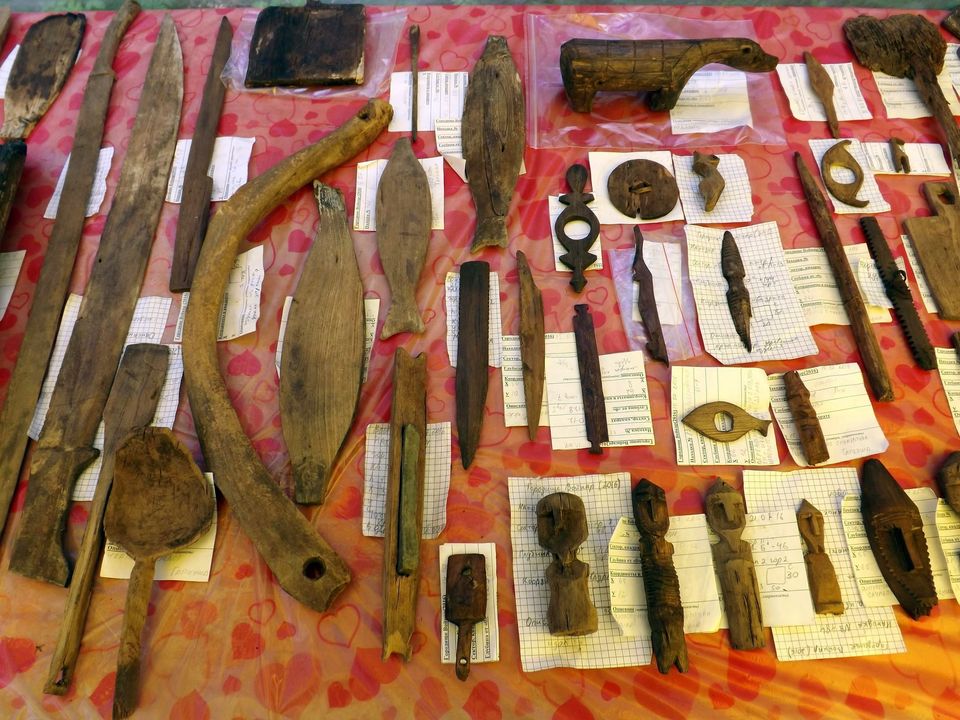 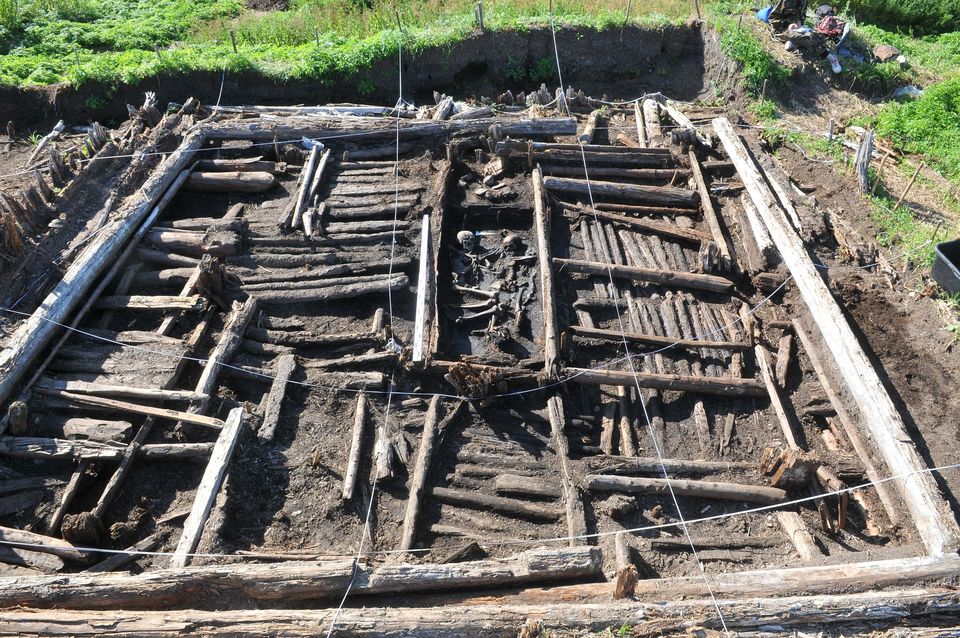 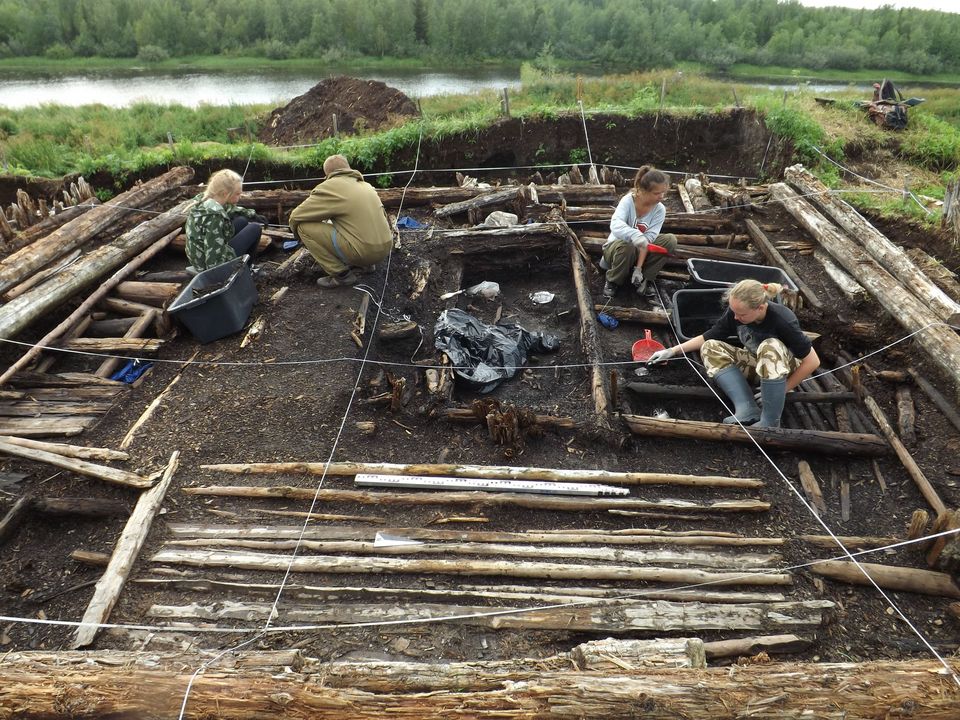 Thus, in the hearth of the home of the Northern Khants were buried the representatives of other ethnic groups. Because the grave was located in the lower layer under the hearth, it is not subjected to burning, and in the permafrost-preserved fragments of clothing these people.

In the lower crowns of log cabins of the two dwellings was discovered anthropomorphic idols with a length of over 2.5 m each. In the culture of the Northern Khants widespread high wooden idols, which they set up in their sanctuaries. But the use of sacred idols in the construction of dwellings, it would be the perfect blasphemy and sacrilege of this people, suggests a scientist.

For 2012 – 2016 on Voicecom town were identified and investigated ten different residential buildings Dating back to the 17th – 18th centuries, the House with the idol and burial in the hearth is one of the largest, its length is almost 6 meters. 2013 excavations in the monument are conducted with the financial support of Russian Foundation for Humanities and interdisciplinary studies (dendrochronology, palynology, restoration work, etc.) are held by the grant of Russian scientific Foundation (project No. 14-50-00036). Preliminary results of work on Voicecom town were recently presented in a series of reports of the staff of the SB RAS iaat at the 4th International Symposium “FROZEN PASTS” in Innsbruck (Austria).

– With the participation of students of Novosibirsk and Surgut state universities in just a month and a half we managed to clear more than two hundred square meters on three areas Waikaraka town – said the head of works. Every year we move almost a meter, which in the interval between the excavations just has time to thaw to the beginning of the next field season. As a result, we have a fundamentally new material, which makes the researchers face a lot of questions and promises interesting results.