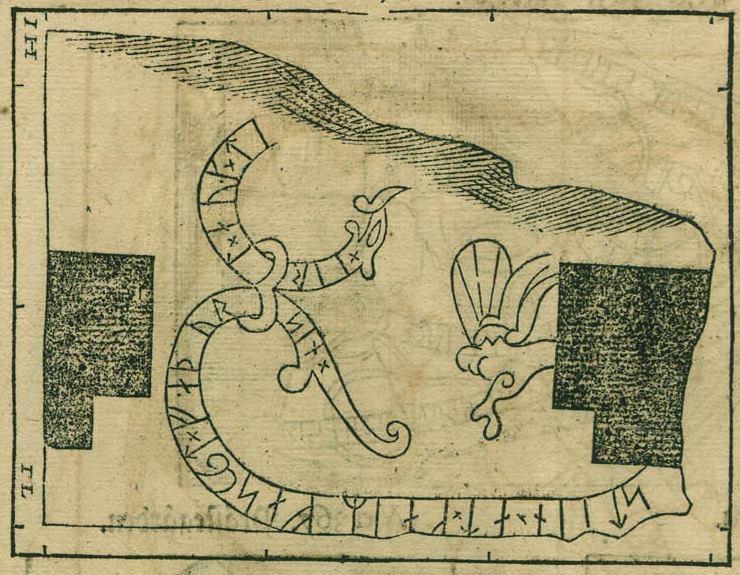 In the Church Hagby Swedish village, West of the city of Upsala, was discovered runic stone of the XI century, whose whereabouts were considered unknown for the last 200 years. Next to the Church, workers dug a trench to provide grounding of the lightning rod.

Since the Church is considered a monument of culture, their work was observed by the archaeologist Emilia, Sounding (Emelie Sunding) from Museum of the province of Uppland. She noticed the edge of the flat stone slabs with engraved image. To explore, the trench widened, and then a suspicion Emilia, Sounding confirmed. Stone size is approximately 180 by 120 centimeters contained a runic inscription and the image of the snake-like creatures. The inscription is on the body of the monster. Since the stone is damaged completely and cannot be restored.

Read part translates as: “the Earl and … stone after Herrasta, his father.” Perhaps, in the lost portion contained the names of other people buried under the stone. 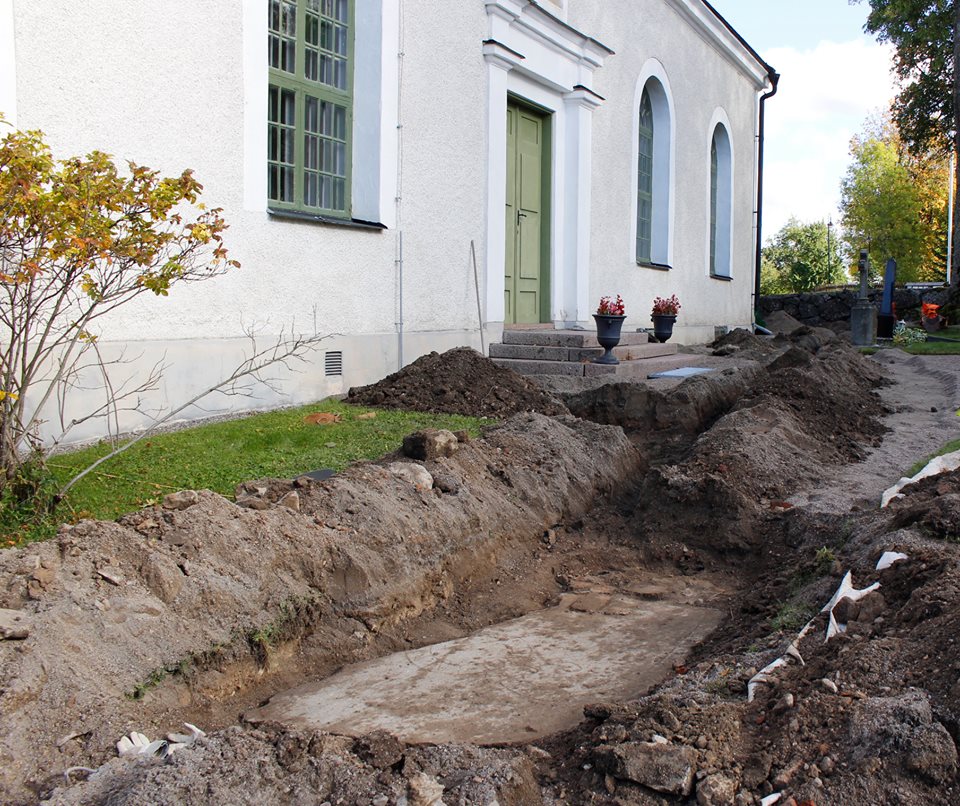 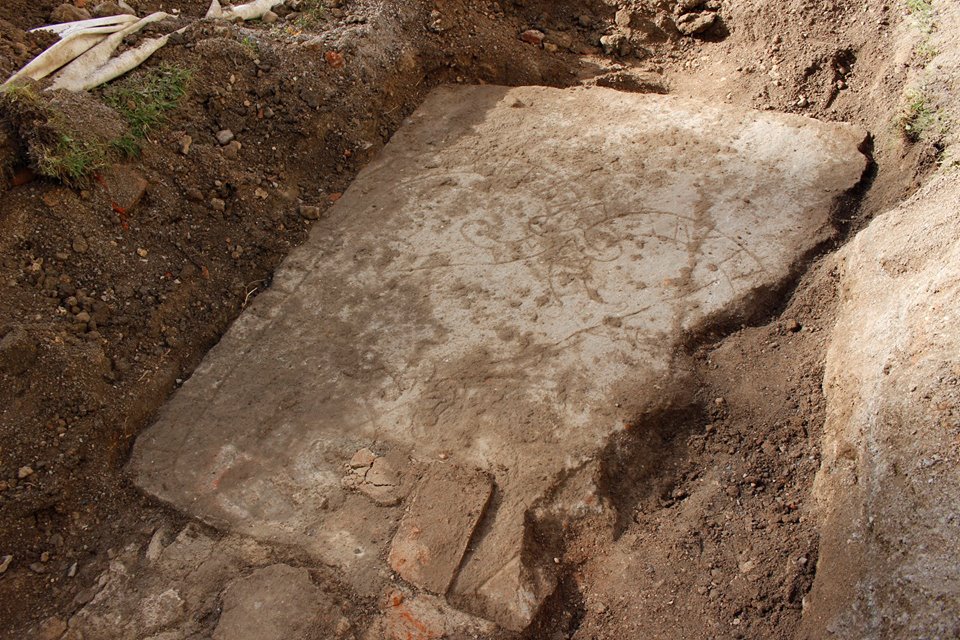 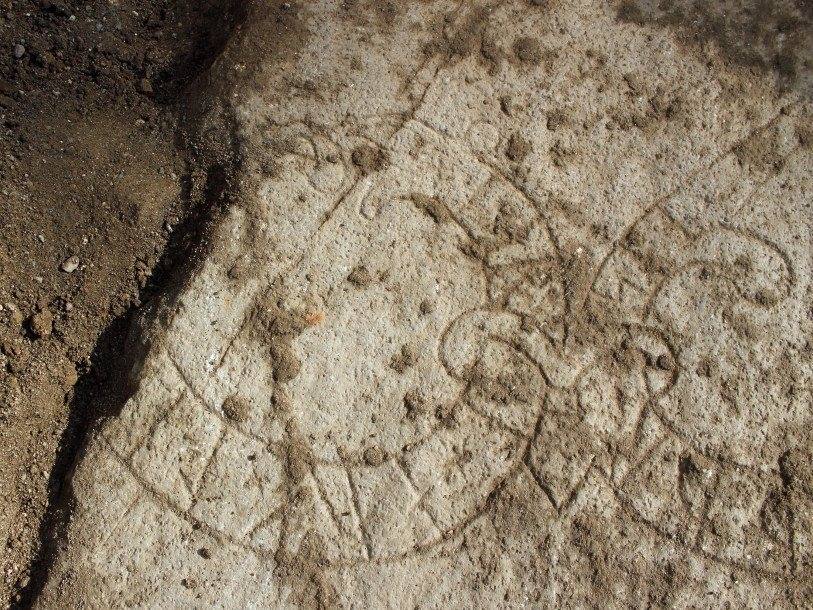 The style of carving experts have determined that the image has completed master named Fot who worked in the middle of the XI century in the South Upland. Although there is evidence that he made no less than forty rune-stones, all of them were lost, so that the work of the Fot was known only by the imitation of other artists and later copies.

Stone from Hagby first became known in the seventeenth century, when Sweden began to collect and publish images of the rune stones. The engraving of this stone, made in the late 1600’s, Hadoram Johan and Johan Leitzel, was placed the book on runic stones Bautil of Goransson, published in 1750. It indicates that the stone serves as a threshold in the doorway of the Church Hagby, built in the early XV century.

In the 1830-ies the Church was destroyed and the rune stone is gone. Told me that he pulled out of the wall and used as a millstone to the nearest mill. Fortunately, it was a fiction. The stone never left his seat, and was just covered with soil during the construction of the new Church. Now archaeologists are clearing and examined the stone. After the completion of his plan to return to the Church of the village Hagby where it will be exhibited in the place of honor.