In the temple of the Aztecs found a tower of skulls 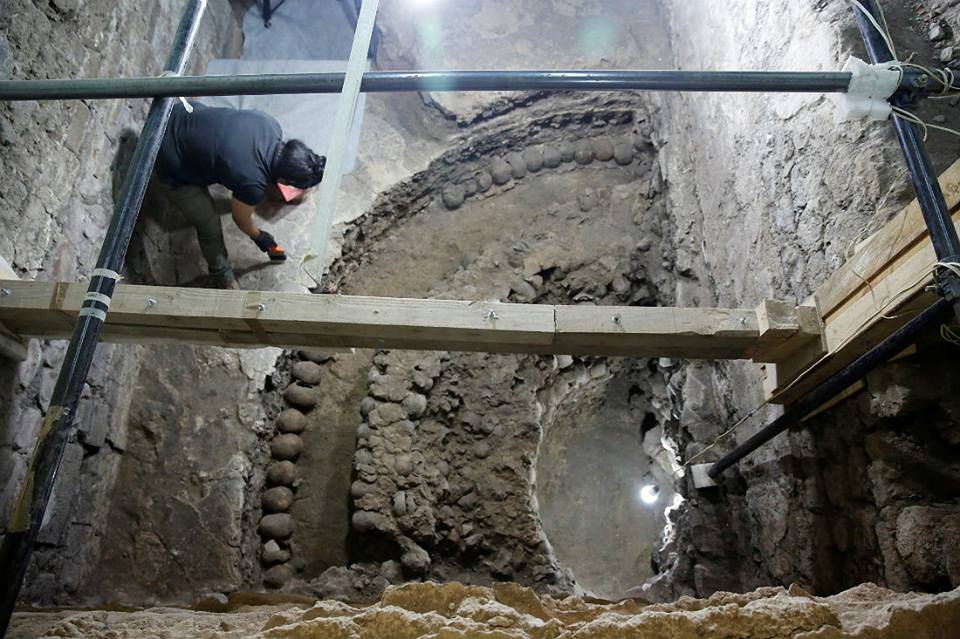 Archaeologists have discovered a tower of more than 650 human skulls during the excavations of the Aztec Templo Mayor Temple in Mexico City. Templo Mayor – a complex of temples built in the beginning of the XIV century in the capital of the Aztec state Tenochtitlan, now the capital of Mexico is located on this place. Most of the complex was destroyed by the Spanish conquistadors.

The base of the tower is about six meters, and until its foundation, archaeologists have not yet reached. It is located in the part of the temple dedicated to the god Huitzilopochtli – the god of the sun, war and human sacrifice.

Presumably, the tower was intended to inspire fear of the Spanish conquerors. The evidence of it dates back to 1521, when the conquistador of Ernan Cortes captured Tenochtitlan (now Mexico City). 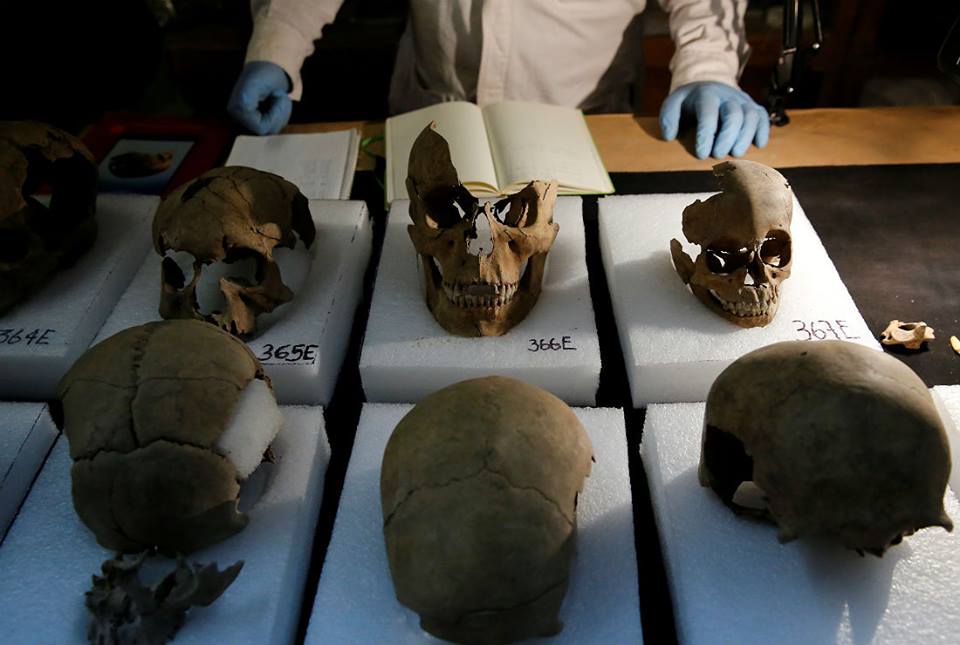 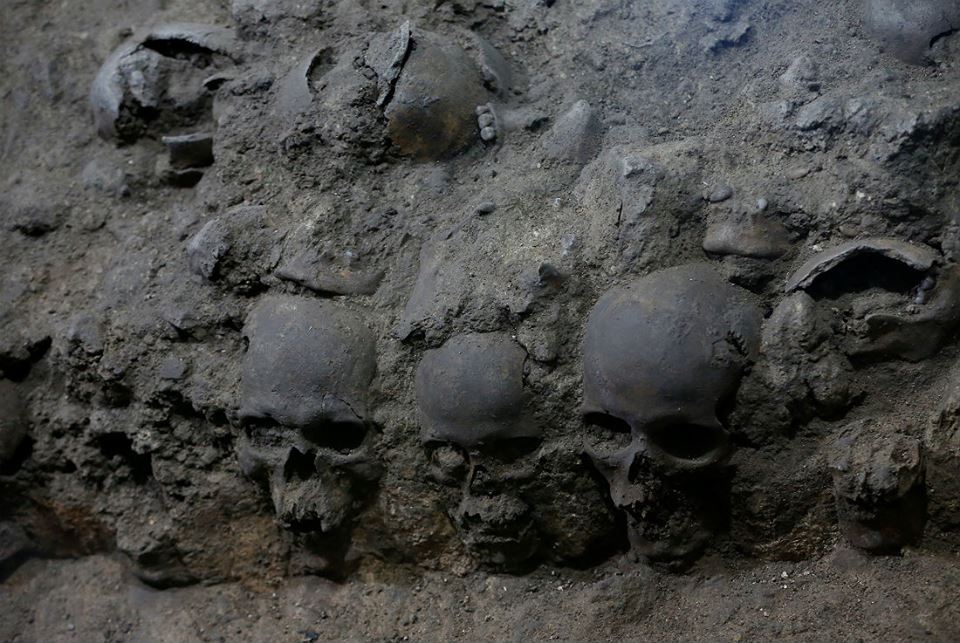 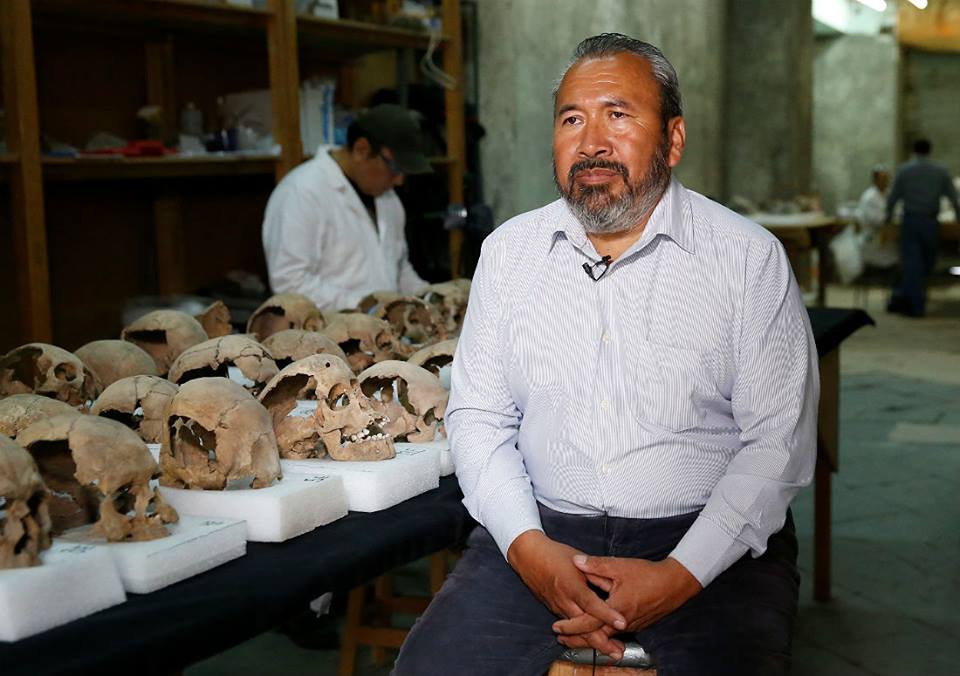 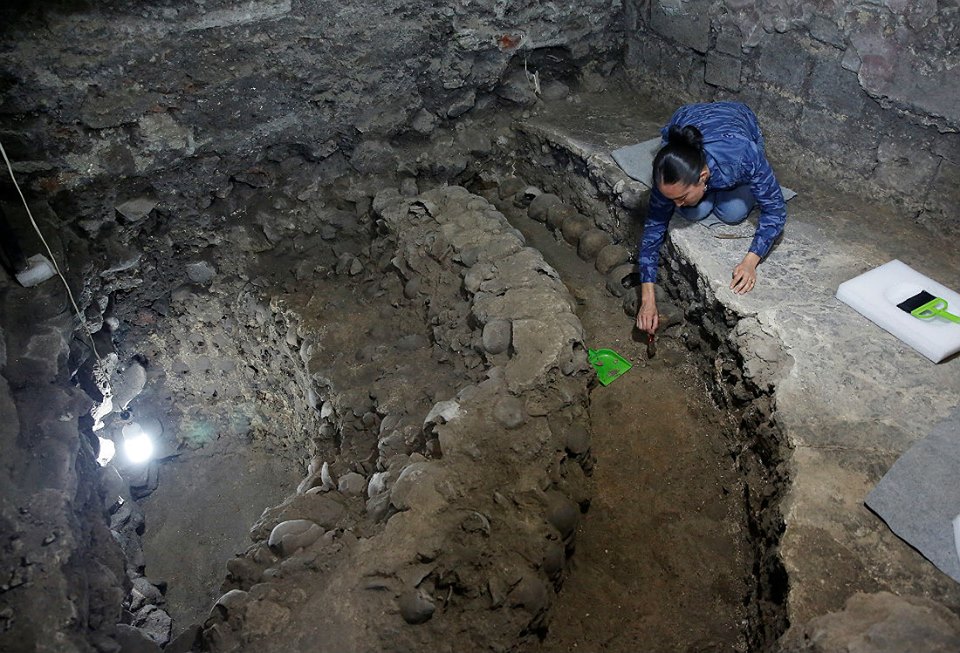 Historians assumed that the remains belonged to captured and executed soldiers. But the examination showed that many skulls belong to women and children. Therefore, the researchers put forward a version according to which the tower could be associated with rituals of human sacrifices.

The Aztecs believed that the blood spilled gives the god of the sun and the war forces to fight against the darkness.

Templo Mayor is the largest temple complex, which was built around 1325. In 1521, after Tenochtitlan was conquered by the Spaniards, it was completely destroyed. The temple was dedicated to two gods: the sun god Huitzilopochtli and the god of farming Tlaloka.