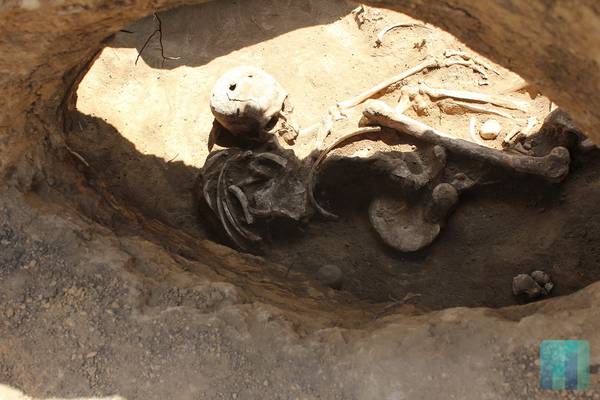 In Transnistria, the archaeologists during the excavation of Scythian tombs discovered the burial of an ancient warrior, with traces of trepanation of the skull. Burial have in hlinaia village refers to the Ingul catacomb culture, which lived in the steppes North of the black sea area more than 4 thousand years ago.

It is characterized by original architectural device of an underground vault when it was placed in a niche, which pulled in a deep vertical well. Archeologists believe that the catacomb tradition was brought here from the ancient Caucasus in the middle bronze age. 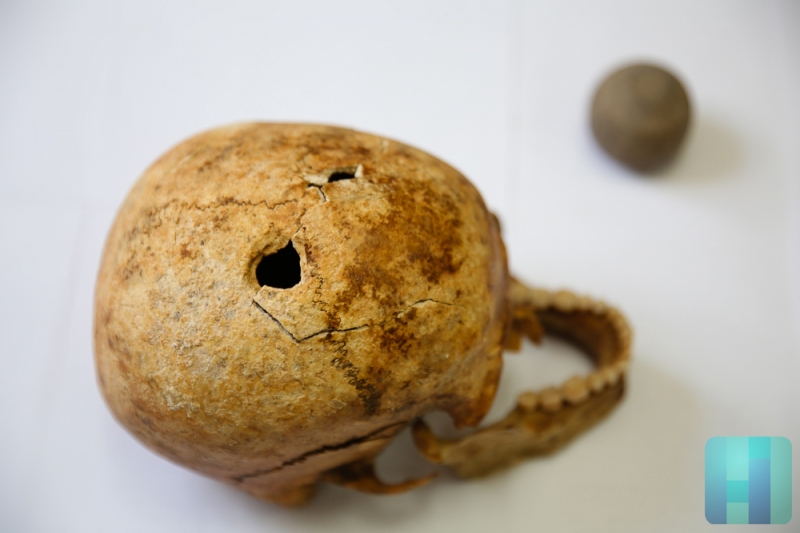 In the tomb archaeologists found the skeleton of a man of powerful physique, the position of the bones which indicated his high social status. They were not in anatomical order, and testified that the body before the burial had been dismembered. According to archaeologists, was received during the mysterious ceremony, which is known to have lived in the Balkans ancient peoples. In particular, it is believed the bodies of some dead were mutilated to prevent their return to the world, and thus protect the living. In ancient times there existed also a myth that God created the world out of parts of their bodies. In this context there is the ritual sacrifice of the best warriors and beautiful women. Their bodies were also cut into pieces, and the victims themselves took it as the highest award.

The skull was buried four thousand years ago the warrior, the archaeologists found a circular hole with traces of healing, which suggests that this is not the trail from a deadly blow, and surgery. “On the edge of the hole is healing. Trepanation was not lethal for him, and he lived after it. Perhaps the soldier was treated after being wounded, and it is possible and traces of ritual actions,” – said the archaeologist, candidate of historical Sciences Sergey Razumov.

This is not the first find of archaeologists of the Transnistrian state University in June, they found in these places, the oldest in Eastern Europe black lacquer bowl with Scythian Tamga – a symbol of ownership of the artifact to a noble family. Researchers say about you – they are engraved on the vessel drawing the triangle connected to the base of the line is the oldest in Eastern Europe by a patrimonial sign of the Scythians.

During excavations at in hlinaia village was found about 30 tombs of different eras – from the early bronze age to Scythian time, that were buried as warriors, women, children. According to archaeologists, grave-mounds of the Scythians perceived as a kind of bridge between worlds. They found artifacts indicate the holding of the funeral rite – here and bronze arrowheads and spearheads, knives, dishes with the remains of sacrificial food, decorations, and other household items. 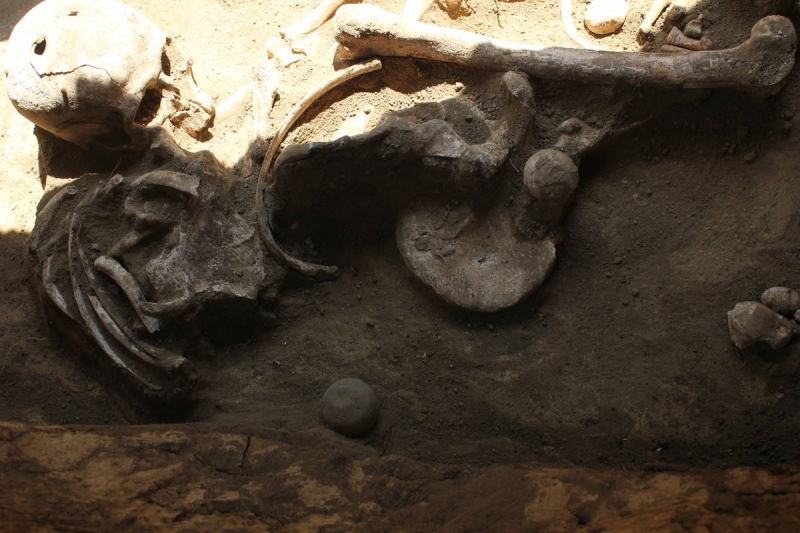 Excavations discovered in the last century have in hlinaia village Scythian necropolis (city of the dead) began after the burial was partially destroyed during agricultural work. On opening the tombs, archaeologists found that they were looted in antiquity – bones buried in the sepulchres were scattered, and of the things left arrowheads, moulded glassware, jewelry. However, these findings were enough to determine the cultural affiliation – we are talking about the Scythians, the legendary Iranian-speaking people, which wrote the ancient Greek historian Herodotus two and a half thousand years ago.