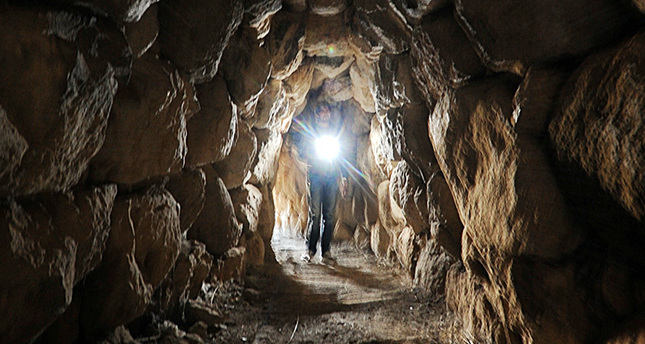 Archaeologists who conducted the excavations in the ancient capital of the Hittite alaca-hüyük in Turkey have discovered a secret underground passage, This tunnel is mentioned in the Bible.

Secret passage found in the sanctuary of the Hittites, his age is not less than 3300 years. Now cleared 23 meters of the tunnel.

Study leader Professor Aykut Cinaroglu noted that the discovery – a great discovery from the point of view of studying the architecture of the ancient people. In his opinion, the tunnel might have a sacred function.

He added that the site already have found valuable cuneiform sign with the image of the ruler explaining the responsibilities of the priests during the ceremony. The Professor insists on continuing excavations, underground tunnels connected the sanctuary with the cities, and it is likely that they will be able to find similar tunnels.

Alaca-hüyük – the religious capital of the Hittites. This people – powerful power of the Indo-European bronze age, frequently mentioned in the Bible.