In Turkey found a fortress which is 2800 years old 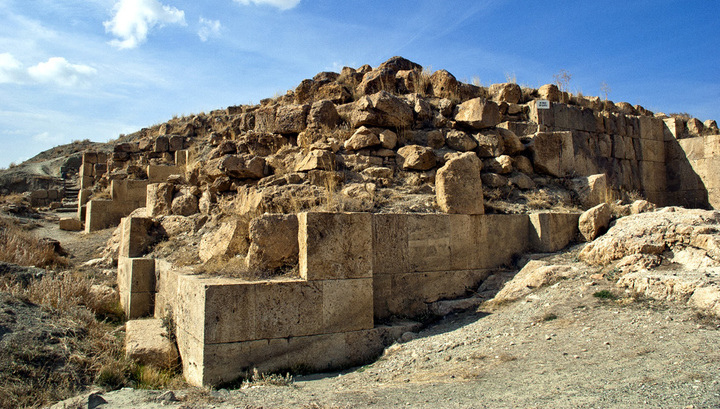 When archaeologists find ancient equestrian burials, reports of this always appear in the press: such discoveries are considered very rare and valuable, often with reference to the epithet “unprecedented”. For example, the skeletons of four horses buried about 2,500 years ago in the cemetery in the Faliron area of ​​Athens became the first of many sensations from the excavation of this unusual necropolis – last year scientists presented this finding to the Central Archaeological Council of Greece as “extremely valuable”.

However, after the first reports of such discoveries, no continuation usually follows – at least for the general public. The results of analysis of individual finds either settle in specialized publications, or “dissolve” in general studies – for such a culture or civilization, according to its funeral practices, in the general genetics of horses …

Nevertheless, from the lack of media attention the value of such finds is not reduced: for many thousands of years the relationship between man and horse was such that the discovery of ancient equestrian burial always becomes an incredible hint for archaeologists, an answer to many questions. Four horse skeletons in Faliron can confirm the old hypothesis that in ancient times the first Athenian racetrack was located in this area; seventeen sacrificial horses in the Tartese sanctuary point to the exceptional importance of the ritual performed there; buried in Huanhou chariots, harnessed by four horses, speak directly about the status of the deceased – in ancient China the number of horses per chariot was strictly regulated; and these are only those discoveries that we talked about.

In August, Turkish archaeologists reported on another unprecedented discovery: during the excavation of the fortress of Chavushtepe in Van province, they found a horse burial in the age of 2800 years. With the dating of the problems did not arise: it is known that the fortress of Chavushtepe (Sardurikhinili) was built in the 8th century BC by the king of Urartu Sarduri II, the necropolis at the fortress appeared almost immediately, and the skeleton of the horse was discovered in the same archaeological layer as the earliest human burial sites . 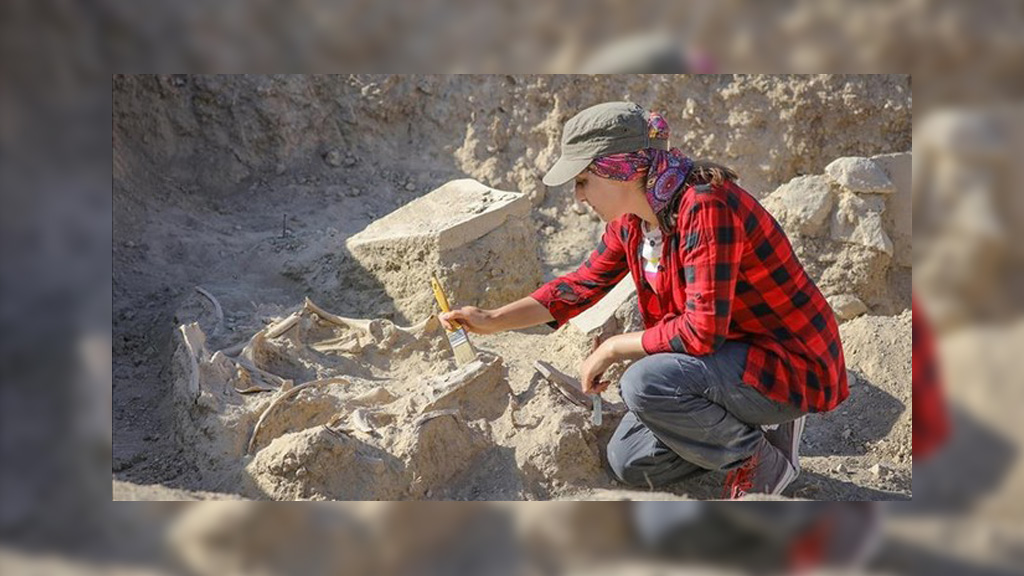 The skeleton of a horse, found on excavations in the fortress Sardurikhinili. Photo: Anadolu Agency

Unprecedented, this discovery was called by anthropologist Hakan Yılmaz (Hakan Yılmaz), who participates in the excavations: he said that this was the first such finding during the study of the Urartian necropolises. An interesting statement, as the remains of horses in Urartu settlements still found – and on Armenian territory (Fortress Teishebaini and Argishtikhinili), and in Turkish (fortresses Ayyanis, Anzaf, Igdir and others). Professor Yilmaz is well aware of this: he has been dealing with this topic for a long time. But the Turkish edition of the Daily Sabah, which reported the find, does not give details, just a short comment by the scientist:

“The skeleton of the horse was found in the archaeological layer with the earliest human graves. Next to the remains of the animal we found many iron objects deformed and covered with rust, as well as bronze nails. These artifacts indicate that the horse belonged to a nobleman or to a major civil servant who lived in or near the fortress. Probably, the horse was sacrificed after the death of his master, “the Daily Sabah quotes Yilmaz as saying.

Excavation supervisor Professor Rafet Çavuşoğlu added that the very fact of burial of people and animals together on one site is extremely unusual.

To understand the uniqueness of the find, it is worthwhile to combine the short comments of scientists and the already well-known historical context. In the era of the state of Urartu, from IX to VII century BC, horses were of great importance, primarily military. However, in Urartu, the attitude towards horses was special: the ancient kingdom occupied the territory of the Armenian Highlands (modern Armenia, eastern Turkey, northwestern Iran and the Nakhichevan Autonomous Republic of Azerbaijan) – a terrain with a harsh climate and significant elevations. In such conditions, horses were the most important, and sometimes the only, “vehicle” in a peaceful life. In wartime, cavalry and battle chariots joined the cause, the main defenders of Urartu in endless conflicts with the eternal enemy, Assyria. Almost all the information about horses to Urartu was obtained from ancient texts describing military campaigns.

For example, one of the inscriptions of the era of King Sardury II, who built the fortress Sardurikhinili in Chavushtepe, reports that in the Urartian army of that time there were 92 battle chariots, 3600 horsemen and thousands of horses. Continuous supply of horses for army needs was a priority for the state: most of the animals were captured, captured during successful military campaigns or predatory raids on neighboring territories. Especially popular were the lands around Lake Urmia in present-day Iran, where the Mann kingdom was once located: thanks to the beautiful natural conditions, manneas achieved significant success in horse breeding, which became their constant problem. For several centuries, horses from Lake Urmia were hijacked by virtually all combat-ready neighbors, including Urartu.

The largest number of trophy horses – more than 10,000 – was mined in various ways under King Sardury II (756-730 BC), the builder of the fortress in Chavushtepe.

However, another curious detail is known from written sources: in Urartu they were engaged not only in “illegal importation” of horses, but also raised the livestock on the spot. Horse breeding was a state affair, horses grazed on special pastures allocated by the state (tsar), valuable animals were served by specialized specialists in the civil service, the state was engaged in distributing horses for private individuals and regional structures strictly after satisfying the needs of the central state apparatus: army, transport, trade, communications .

At the same time, some Urartian texts contain such “insignificant”, almost home information as horse nicknames, peculiarities of their food, names of people who looked after them, information about “combat instructors” and driver. State approach with a human face.

Judging by the Urartian and Assyrian records, such a statement of the case was bearing fruit: even the opponents noted the high quality of Urartian horses – speed, endurance and excellent combat training. The horse named Arsibi (Eagle), belonging to the king of Menua, once crossed a distance of more than 11 meters with one jump, and the story of it was preserved in the Urartian chronicles. According to historians, this indicates the existence in Urartu of equestrian competitions, similar to modern sports tournaments – which, given other known facts, is not surprising. 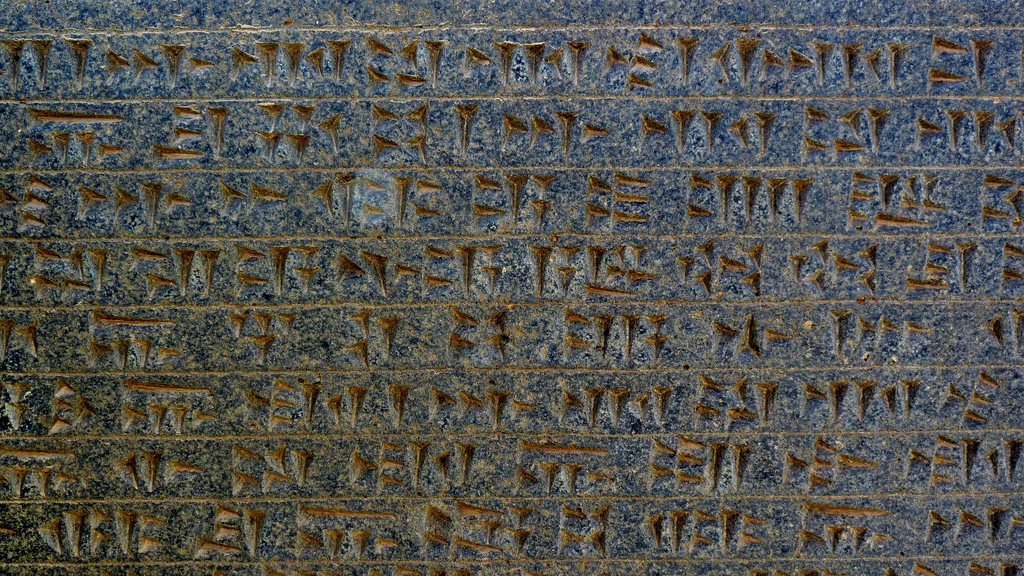 A short excursion into the history of Urartian horse breeding and, especially, the role of the state in the distribution of horses allows us to better understand the value of the find in Chavushtepe. One of the questions – who was the mysterious owner of the horse, dressed in expensive ammunition and, perhaps, in metal armor (which iron objects were found next to the remains of the horse, is not specified, but the practice of wearing military armor in iron armor at that time existed)? “A representative of the nobility or local authorities,” according to Professor Yilmaz. Apparently, this man was a very important person, if after his death a valuable animal was sacrificed and buried nearby in a human cemetery.

To another question – what kind of horse was awarded the special honor of resting next to his master – it’s easier to answer. Zooarcheologists examine the bones and teeth of an animal in order to find out the type of its lifetime load, the nature of its injuries and diseases, age, and also conduct a DNA analysis – this will reveal the origin of the horse. Genetic analysis data are extremely important for studying the evolution of the species and the development of breeds of horses – there is still no complete clarity on this issue. In any case, the Turkish scientists will try to find out whether the representatives of the horse breed from Chavushtepe have survived today.

Head of the excavations Rafet Cavusoglu also reported that during the research of the necropolis in Cavusztep two types of funeral practices existed in Urartu. The first is the cremation of the deceased and the burial of his ashes in a terracotta urn, the second is the burial of the body directly in the ground, in the characteristic “embryo posture”.

The Daily Sabah does not contain any other details about human burials: the main news from the excavations was the discovery of a full skeleton of a horse of 2800 years old, who told scientists much more than one could have expected from a wordless and long dead animal.