In Turkey found a stylus to which 1800 years 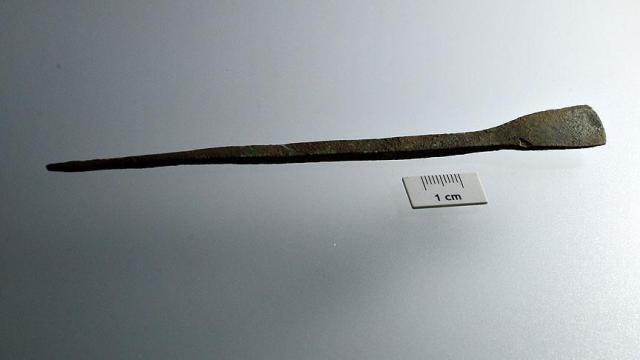 In Turkey, during the excavations of the ancient Greek city of Assos in the west of the country, an ancient writing device – stylos – was discovered. The age of the subject is estimated at 1800 thousand years.

Assos 2000 years ago was an important port. Here were the theater, the agora. The city was surrounded by walls. Nearby was found a necropolis.

A bronze object, found at the western gate, had a pointed end, written on wax plates, and a flattened end designed to erase what was written. Styles were made of a solid material, usually of bronze or bone. Bronze were more common.

During excavations, the researchers also found a fragment of a 2,5-thousand-year-old vase brought from Athens, and another ceramic fragment 2 thousand years old.