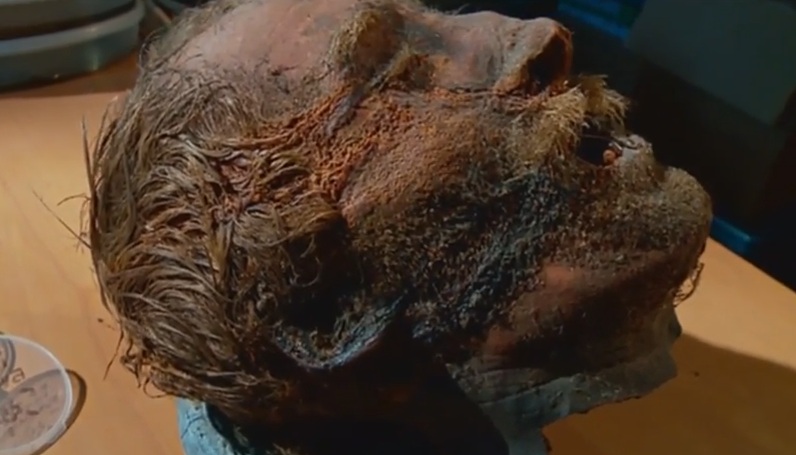 The remains discovered in layers of peat was an excellent state of preservation, preserved clothes of a man drowned in a swamp with his horse, about 300 years ago. The mysterious rider found iron dentures, and metal fillings!

Arrived at the scene investigation team and medical examiner. The human body was sent for autopsy and then it turned out that the horse and the man, not his contemporaries, and died 400 years ago. According to the description in the police report, the victim was wearing a Russian Cossack vintage coat with wooden buttons, and in his hand he held a whip, and beside the body lay a rusty rifle.

Unusual find to advertise did not. From the mummy’s head was cut off, and the body, along with clothes and a horse is just burned. The head of the mummy was kept in Bureau is judicial-medical examination to the present day.

Scientists accidentally discovered a unique head and did some research. It turned out that the man at the time of death was between 35 to 45 years of age, he died about 200 or 300 years ago. Most interesting is that the deceased is the iron dentures, and that according to scientists, quite uncharacteristic for that time technology. Dentistry was in those days is not developed and I wonder who could supply the man lived centuries ago, a full denture is made of iron.

In addition to the metal prosthesis, the mummy the x-ray inspection discovered a great metal fillings!