In Yakutia, an ancient spear was found inside the mammoth skeleton 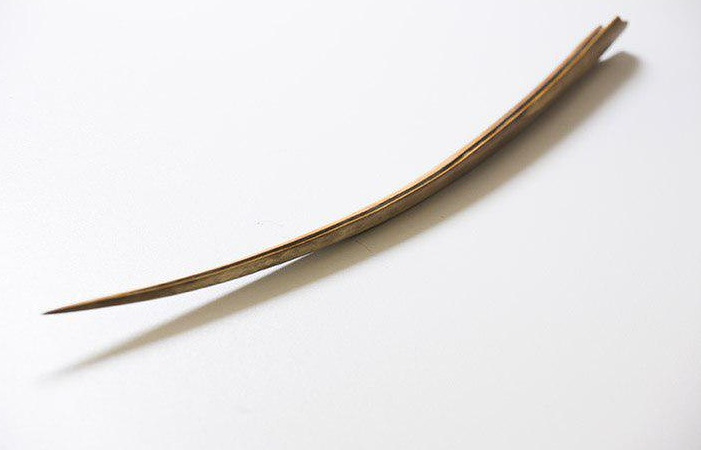 Scientists of the Museum of the Mammoth Museum of the North-Eastern Federal University (NEFU) received a unique spear from the mammoth tusk – it was found inside the mammoth ribs and has perfectly ground grooves for sharp stone plates, which increased the kill ability of the gun. The length of the gun is more than 30 cm, the spear has a very sharp polished tip

This was told by the director of the Museum of the mammoth, candidate of biological sciences Semyon Grigoriev.

The spear was given to us by the subsoil users who extracted the mammoth tusks, they found it inside the mammoth ribs.The length of the gun is more than 30 cm, it has a very sharp perfectly polished tip.This distance from the point on both sides of the gun has grooves absolutely equal in width and depth and as if made by a machine.In such slots were embedded microliths – sharp plates of stone, and this increased the damaging ability of the spear, “- said Grigoriev.

According to the scientist, such technologies of making copies appeared about 12 thousand years ago, on the eve of the extinction of mammoths. Talk about whether the mammoth, inside the bones of which the gun was found, was killed precisely with this spear, while it is too early – specialists spend the dating of the mammoth bones and artifact.