In Yakutia, discovered a giant wall from the “Game of Thrones”

In Yakutia they discovered a snow-covered wall from the series “The Game of Thrones”. The visual similarity with the large-scale defensive structure, which, according to legend, protects the Seven Kingdoms, the fans of the series were identified in the Lena Pillars.

Geological formation on the territory of Russia is really similar to the famous Wall and in the final series of the seventh season the barrier was destroyed by the Ice Dragon. 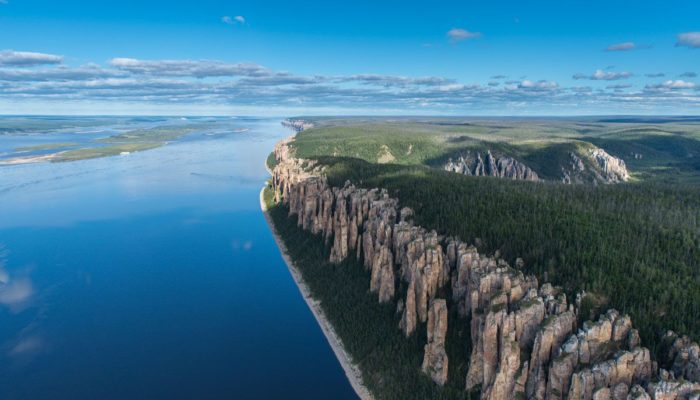 The Lena Pillars and, along with it, the same national nature park in Russia, the Republic of Sakha, in the Khangalassky district (ulus) of Yakutia, on the right bank of the Lena (on the geographical map of the world, the exact location can be calculated from the following coordinates: 61 ° 7 ‘ 45.48 “N, 127 ° 31 ‘4.8” E).

It is interesting that on the slopes of the rocks of the Lena Pillars, many caves were found, on the walls of which yellow drawings of ancient people, who lived in this area, were painted with yellow paint, and also instruments of labor were found.