To date, in museums and private collections there are only 600 miraculously preserved copies of the ancient pile: Archeologist Cornell University Robert Ascher believes that about 20% of them are not numerical. As early as 1981, he suggested that a pile is a special form of writing. 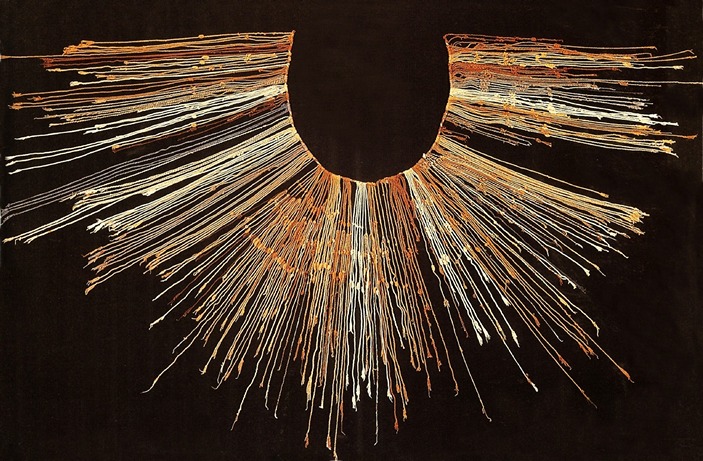 In the photo you see a bale – the ancient counting system of the Incas, which is a complex rope plexus and nodules from wool of alpaca or llama or from cotton (in Quechua, khipu means knot, tie knots, score). In one bale can be from several to 2500 threads of different colors and sizes. 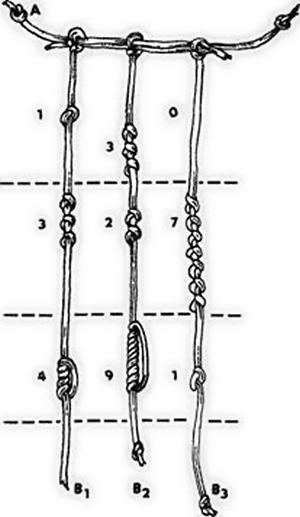 Method of recording on a stack. Nodes in the upper third mean hundreds, in the middle – tens, in the lower – units. A – cord-base, B1-B3 – separate suspension used for recording. Drawing from the book of the Czech ethnographer Miloslav Stingl “The State of the Incas. The Glory and Death of the Sons of the Sun ”

The oldest kipu dates from around 3000 BC. e., and the first written mention of the kip refers to 1533 (this account system was described in a letter by the Spanish conquistador Hernando Pizarro).

Kipu was widely distributed in the Inca Empire. According to the Spanish chronicler José de Acosta, “the whole empire was ruled through a pile.” Using a pile, for example, the number of lamas, the number of warriors or harvested crops, counted the population, recorded taxes; Kipu were used even as a calendar.

The Incas have developed a whole system of reading information. The main lace of the pile was the beginning of the narrative. To it obliquely attached more thin threads, which were used to record data. The position of the knot on the cord showed the digital order (tens, hundreds, thousands), and the number of nodes determined the prime numbers. But to read the knot message, it was necessary to understand not only the knots and their position on the rope, but also to know the designations of each color. So, for example, red meant army, army, white – silver, yellow – gold. All the information was recorded by specially trained officials – kipukamayoki – and transferred to the center, that is, in Cuzco. 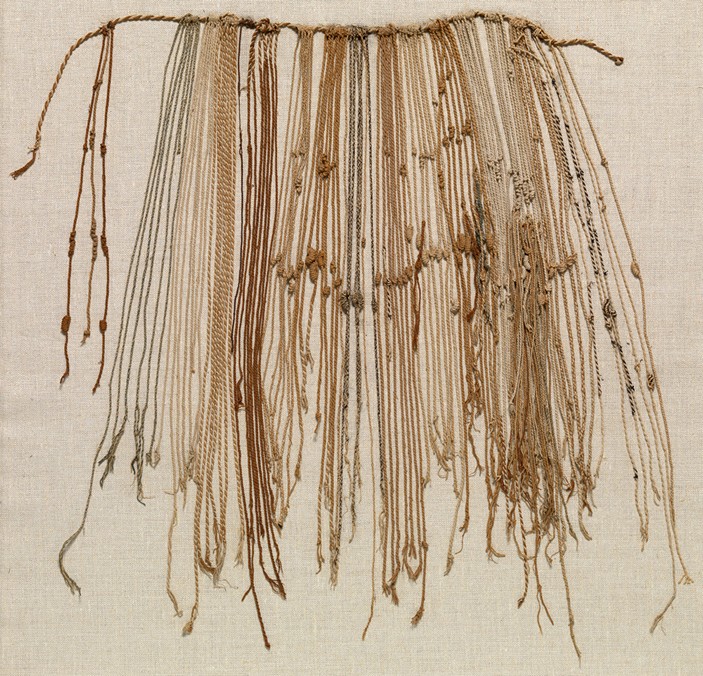 “Uzelkovye letters” were delivered by professional couriers – runners chaski – according to the system of imperial Inc road. Convenience in transportation is an important advantage for the pile, because the messages were sometimes delivered hundreds of kilometers away, and the parchment or leaves of the trees that served the Inca paper were bad for this. The kip could also be crushed and placed in a pouch.

Before us, many copies of the Inca pile, of various sizes and purposes, have reached us. There is even a special kipu database (see Khipu database project). However, these “letters” are important not only to decipher, but also to preserve them. The bale is made of natural fibers, so they need a special temperature, humidity and protection against fading. Kipu is stored on horizontal panels covered with a neutral acidity paper. Cords are treated with special brushes and protected from insects.