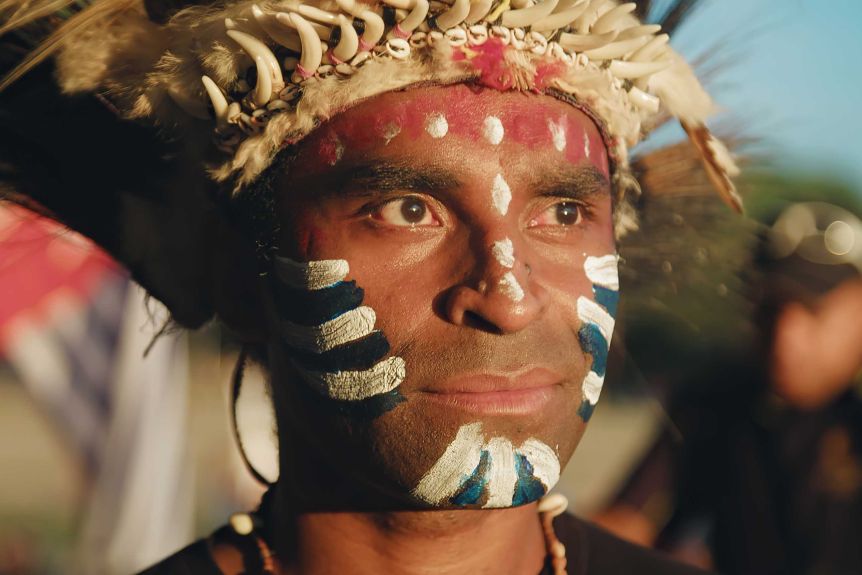 The Indonesia government hit back hard, deploying hundreds of police and military who attacked the region in an effort to root out the rebels.

Last year mass protests broke out, with civil resistance leaders from in and outside West Papua calling for freedom from Indonesia.

With foreign media largely shut out, the story of this unfolding humanitarian disaster remains untold.

Hundreds have died and local officials estimate that over 40 000 people have been displaced. There are allegations of torture and human rights abuses.

Foreign Correspondent has been able to report from inside the conflict zone, gaining access to exclusive pictures of the recent unrest and speaking to eyewitnesses of the violence.

“I have to yell out to the world…because if I don’t, we’re going to be weaker and the indigenous people will be wiped out ”, says one West Papuan highlander who’s looking after children orphaned in the recent fighting.

“We will not retreat. We will not run. We will fight until recognition dawns ” , says a member of West Papua’s young guerrilla force whose ranks include teenagers orphaned in the ongoing conflict.

“Dialogue is needed but dialogue which is constructive”, says Indonesia’s former Security Minister. “We have closed the door for dialogue on a referendum. No dialogue for independence.”