Interesting facts about the pharaohs of Egypt 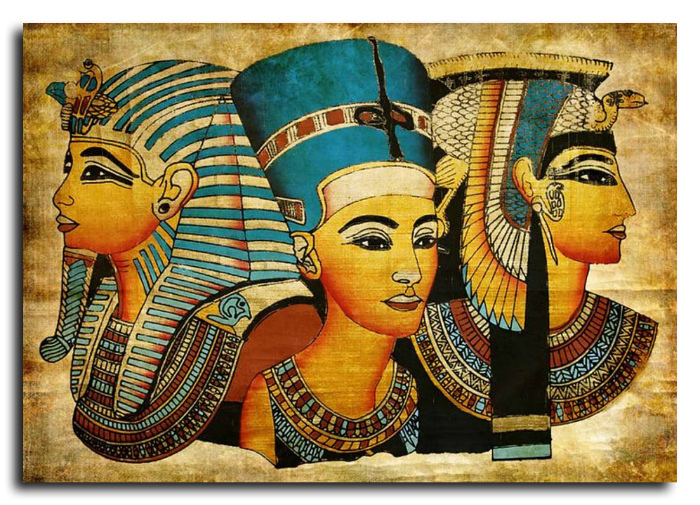 To the pharaohs in Egypt were treated like gods. They were the rulers of one of the first great civilizations living in absolute luxury and dominating an empire, a world the world has never seen. They ate milk and honey, while thousands of people died during the construction of huge statues in their honor. And when their own lives were coming to an end, the pharaohs were buried so that their bodies were preserved for more than 4000 years. They had absolute power, they enjoyed life like no other at the time, but at times they obviously overdid the stick.

Sesostris was one of the greatest military commanders in the history of Egypt. He sent warships and troops to every corner of the famous world and expanded his state more than anyone in the history of Egypt. And after each battle, he celebrated his success by installing a large column with the image of the genitals. Sesostris left such pillars in place of every battle. And Sesostris did it rather amusing: if the opposing army fought valiantly, he ordered to engrave the image of the penis on the column. But if the enemy was defeated without the slightest problems, then a vaginal image was cut out on the column.

The son of Sesostris, Feros was blind. Most likely, it was some kind of congenital disease that he inherited from his father, but the official Egyptian story was that he was cursed, offending the gods. Ten years after Feros became blind, the oracle told him that he could regain his sight. All that Feros had to do was to rinse the eyes with the urine of a woman who had never slept with anyone other than her husband. Feros tried to do this with the help of his wife, but it did not work. He was still blind, and a number of questions appeared to his wife. After that, Feros forced all the women in the city to take turns in the urine and throw out urine in his eyes. After many dozens of women, a miracle happened – the vision returned. As a result, Feros immediately married this woman, and ordered his previous wife to be burned.

Akhnaton completely changed Egypt. Before he entered the throne, the Egyptians had many gods, but Akhenaten forbade faith in all gods, except for one: Aton, the sun-god. He also built a whole new city, Amarna, in honor of his god. For the construction of the city, 20,000 people were involved. Based on the bones found in the local city cemetery, scientists determined that more than two thirds of these workers broke at least one bone during construction, and a third of people had a fracture of the spine. And all this was in vain. As soon as Akhenaton died, everything he did was destroyed, and his name was deleted from the history of Egypt. 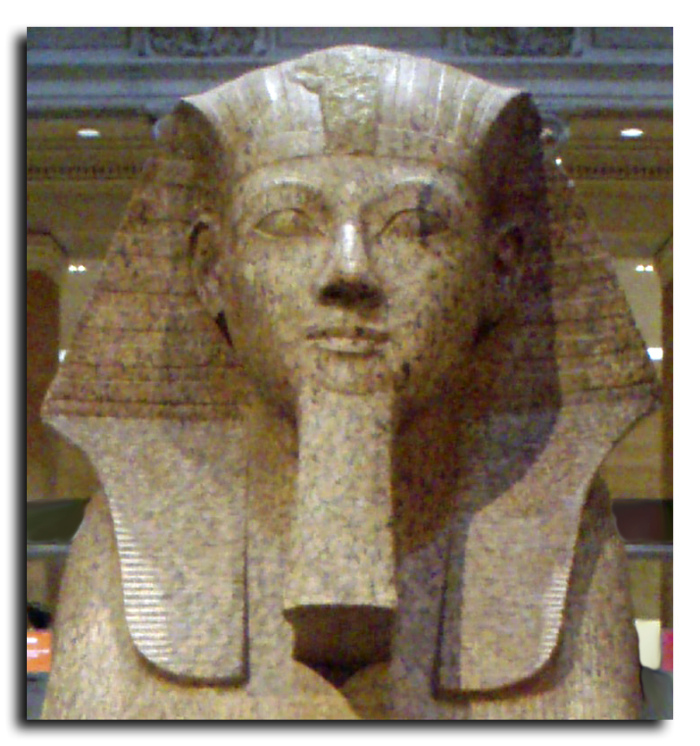 Hatshepsut was one of the few women who ruled Egypt. Hatshepsut became famous for having built some of Egypt’s greatest wonders, but it was not easy at all. Egypt may have been a little more progressive than other countries around it, but this country still did not treat women as equals. Therefore, it was very difficult for a woman to rule Egypt. It’s no wonder that Hatshepsut ordered her people to portray her as a man. In all the pictures she was painted with a relief musculature and a broad beard. She called herself “the son of Ra” and (as some historians say) wore a fake beard in real life. As a result, her son eventually did everything to “erase” the memory of Hapsheshut from history, to hide that the woman was a pharaoh. He did it so well that no one knew about its existence until 1903.

Amasis was clearly not the most polite pharaoh who ever sat on the throne of Egypt. He was an alcoholic and a kleptomaniac who stole things from his friends, brought them home, and then tried to convince friends that these things always belonged to him. He received the throne by force. The previous ruler sent Amasis to suppress the insurrection, but when he came to the rebels, he realized that they had quite good chances of victory. Therefore, instead of suppressing the insurgency, he decided to lead it. Amasis sent a declaration of war to Pharaoh in a very extravagant way, lifting his leg, letting out the gases and telling the messenger: “Give Pharaoh everything I have behind my back.” During the reign Amasis continued to steal things from his entourage, but now he sent for oracles to tell whether he was guilty or not. If the oracle said that the pharaoh was innocent, then he was executed as a swindler.

Amasis did not stay long on the throne. He was a mighty stern ruler, and soon overthrew him. This time the revolution was led by a Nubian named Aktisanes. When he came to power, Actisanes began to fight criminals, and in a very original way. Every person who committed a crime during his reign cut off his nose. After that they were exiled to the city of Rinokolura, whose name literally translated as “the city of cut off noses”. It was a very strange city. He was populated exclusively by bezosy criminals, who were forced to exist in some of the harshest climatic conditions in the country. The water here was polluted, and people lived in houses that built themselves from scattered pieces of rubble everywhere.

Ramses II lived for so long that people began to seriously worry about the fact that he would never die. At a time when most of the rulers were killed during the first few years of their rule, Ramses II lived 91 years. During his life he built more statues and monuments than any of the Egyptian pharaohs. Also, naturally, he had more women than anyone else. By the time of his death, Ramses II had at least 100 children from 9 wives. When he invaded the Hittite kingdom, he refused to sign a peace treaty unless the elder daughter of the ruler was given his wife. He also did not “disdain” his daughters, marrying at least three of them.

Cambys was not really an Egyptian, he was a Persian and the son of Cyrus the Great. After his people conquered Egypt, Kambisa was placed at the head of this country. Almost every story that the Egyptians told about Kambis was related to the way he mocked this or that animal. At the very beginning of the reign, he went to Apis – the sacred bull, which the Egyptians considered to be a god. Right before the priests of Apis, he pulled out a dagger and began to prick the bull, laughing at them and saying: “Such a god is worthy of the Egyptians!”. And this was done not just to make fun of the Egyptians, he just loved to watch how the animals suffer. In his spare time, he often arranged fights between the lions and puppies and forced his wife to watch them tearing each other apart.

Pepi II was about six years old when he inherited the throne of Egypt. He was just a small child, ruling a huge kingdom, so it’s no surprise that his interests were about the same as those of a typical six-year-old boy. Soon after Pepi II became Pharaoh, a researcher named Harkhuf wrote him a letter informing him that he had met a dancing pygmy. Since then, for Pepi II, this has become an obsession. Pepi II ordered immediately to drop all the cases and bring him to the palace of the pygmy, so that he entertained him with dances. As a result, the whole expedition delivered the pygmy boy to the pharaoh. When he grew up, he was already so spoiled that he ordered his slaves to barter, smear honey and follow him. And this was done so that the pharaoh would not be bothered by flies.

Although the Pharaohs were called immortal, they nevertheless died. And although they built pyramids for the afterlife, every Pharaoh actually doubted what would happen when he closed his eyes one last time. When the oracle came to Pharaoh Mikerin, who ruled in the 26th century BC, and said that the ruler had only six years to live, Pharaoh was horrified. He did everything possible to avoid this, determined to deceive the gods. Mikerin thought that you can stop time by making the day endless. After that, he lit so many lamps every night that he seemed to continue his day in his chambers, and never slept, arranging feasts at night. And more recently in the slums of Cairo was found a giant statue of Pharaoh Ramses II, which has already generated a lot of disputes in Scientific community.