Israel plans scale searches of rolls of the Dead Sea 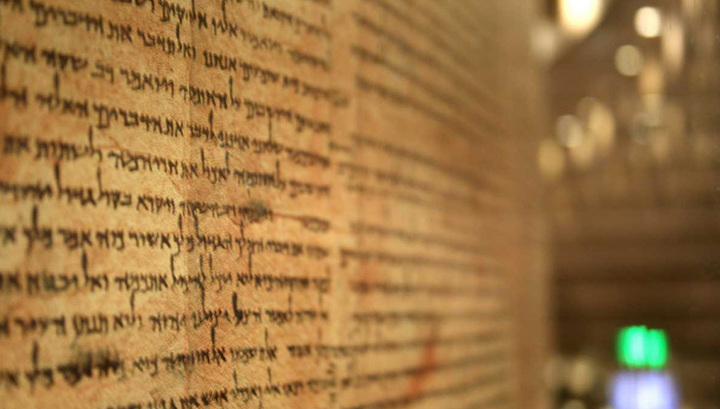 In December the government of Israel plans to begin the grandiose archaeological expedition calculated for three years. Its purpose – inspection of hundreds of caves in the Judaic desert near the Dead Sea in search of invaluable treasure: ancient texts known under the common name “rolls of the Dead Sea”.

About the beginning of the scale archaeological project the Associated Press agency was reported by Amir Ganor, the representative of the Israeli management of antiquities. Ganor position explains a lot of things – he is not a prime official and not the ordinary archeologist, it is often called the detective from archeology: Amir Ganor heads department of prevention of plunder of antiquities.

The history of one of the greatest opening of the XX century is well-known. The first rolls shepherds bedouins in 1947, incidentally found the second name of the well-known collection of ancient texts in caves near Hirbet Kumran – Kumransky ruins on the West Bank, from here: Kumransky manuscripts. Archeologists were not near, and mysterious records on parchment and the papyrus at first went to dealers in antiquities, then appeared at the prior of the Christian monastery, and only in the third turn scientists learned about a find.

News quickly expatiated on opening and became the reason of “competition” between archeologists and bedouins which continues still. In the late forties and in the 1950th years that and others carefully searched the region of a find of the first rolls. In a result in Kumransky caves thousands of fragments of more than 900 ancient manuscripts were found. And still the considerable finds were made by the bedouins who were perfectly knowing the area: once, directly near by at archeologists, they took more than five hundred rolls from one cave…

All manuscripts which as a result fell into hands of scientists were found during 1947 – 1956. The forthcoming three-year expedition will be the first full-scale research of vicinities of the Dead Sea since 1993: then the so-called “Operation “Roll”” proved by the political reasons was organized. The authorities of Israel actually carried out rescue excavation – in 1995 control over a part of territories of the West Bank was ceded the Palestinian national administration.

Unfortunately, during the operation “Roll” of 1993 any new manuscript was not found.

Amir Ganor made one more, quite provocative, the statement: within the forthcoming expedition the Israeli archeologists intend to investigate also caves of the West Bank in the territories which are under collateral monitoring of Israel and the Palestinian administration. Further official comments did not follow.

Rolls of the Dead Sea are called one of the main treasures of Israel, they have huge historical and religious value. The separate official site in several languages, including Russian is devoted to Kumransky manuscripts. In February we told about the grandiose project, close to completion, on digitization of rolls, up to the smallest hard to read fragments. The created library of images will allow scientists of the whole world to be connected to process of interpretation of ancient manuscripts, many of which remind details of the most difficult puzzle now.

For storage of precious rolls in 1965 the certain building, the Temple of the Book about which fantastic device legends go was built (say, for example, that in case of danger the speaker over a surface a white dome can fall under the earth). The total of the remained manuscripts approaches one thousand.

Rolls of the Dead Sea are divided into two types: “bible” manuscripts – the initial texts which entered version of the Scripture known today, and “unbiblical” manuscripts – apocryphal stories and other texts which confirm a variety of a religious thought during an era of the Second temple.

Kumransky manuscripts were created during the period between the 3rd century B.C. and the 1st century of our age, language of texts – Hebrew, Aramaic, Greek and nabateysky. Today only one bible manuscript, more ancient, than rolls of the Dead Sea is known. At excavation two silver amulets in the form of rolls in which scientists found Blessing fragments from the Book of Numbers were found in Jerusalem. Nakhodka is dated approximately 600 B.C.

However in recent years fragments of ancient rolls too often emerge in the Middle Eastern market of antiques. The authorities of Israel are sure that the manuscripts presented at the black market illegally are taken from caves near the Dead Sea. The competition between archeologists and plunderers of antiquities which began in 1947 came to new level: Amir Ganor, by his characteristic words, actually fights against mafia, organized crime. At the same time he is forced to recognize that black diggers have an excellent scent on places rich with antiquities.

Last year the Israeli archeologists organized the largest and most difficult excavation in the Judaic desert for the last 60 years: the scale research with participation of hundreds of volunteers was conducted in a so-called Cave of Skulls near Kumran. This three-week archaeological expedition was the compelled counter-measure: in 2014 Amir Ganor’s department detected in the act group of the Palestinians who were engaged in illegal excavation in the Cave of Skulls. This place is twice one more narrow was surveyed by archeologists, in 1950th and 1960th, however today something drew to a cave an attention of black diggers – according to the investigation, they targeted looked for ancient manuscripts there. Results of official excavation of 2015 were very interesting, but archeologists did not find any new roll.

The forthcoming three-year expedition on searching of rolls of the Dead Sea – next and, this time, the most serious attempt of the Israeli authorities to be ahead of black diggers, but not “to swallow of dust” already plundered historical monuments.

“We are sure that in caves still there were untouched rolls. Unfortunately, researchers did not reach many places yet” — Amir Ganor told.