It became known as the first people survived the “volcanic apocalypse” 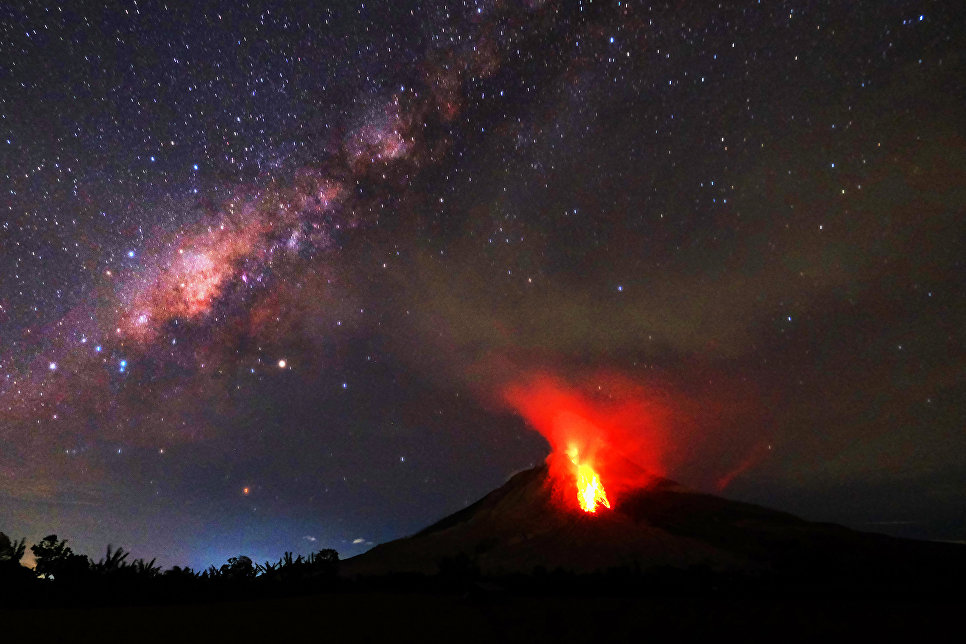 Humanity survived the most powerful eruption of the super-volcano Toba 73 thousand years ago due to the fact that its emissions are least affected by those parts of Africa where, presumably, our ancestors lived, said in an article published in the Journal of Human Evolution.

“We showed that the eruption of the Toba volcano had almost no effect on the growth rate and species diversity of plants living in East Africa, and we hope that this will put an end to the theory that people are almost completely extinct in Africa because of this catastrophe “- said Chad Yost (Chad Yost) from the University of Arizona (USA).

Today, many paleontologists and evolutionists believe that the most powerful volcanic eruptions played a key role in many mass extinctions. For example, the “great” Permian extinction, which killed about 96% of the species of animals in the ocean, was caused by massive outpourings of magma in Siberia.

The less powerful eruption of the volcano Toba in Sumatra, as paleontologists today believe, played a much more significant role in the evolution of man. It almost wiped humanity from the face of the Earth about 73 thousand years ago, causing a protracted “volcanic winter” and destroying dozens of plant species.

Relatively recently, archaeologists and paleontologists have found evidence that modern humans began to spread around the planet 150-170 thousand years ago, to tens or even hundreds of thousands of years earlier than previously thought. These findings strengthened the position of the theory of the “volcanic apocalypse,” since almost all of these early human cultures disappeared without a trace about 80-70 thousand years ago, when this eruption occurred.

On the other hand, as Yost notes, such statements and discoveries pose a natural question for scientists: why did most people die out, while their small part, hiding somewhere in the east or south of Africa, could survive this “volcanic winter”?

To answer this question, Jost and his colleagues went on an expedition to the shores of Lake Malawi in East Africa. This reservoir has existed for about seven million years, and during this time, fragments of vegetation and other organic remnants gradually accumulated at the bottom, containing hints of the climate and ecology of the Black continent in the distant past.

As the scientists explain, if the Toba eruption really caused a “volcanic winter” and practically destroyed the flora, then the species composition and the amount of pollen of the plants in those layers that formed immediately after the explosion of the super volcano should have changed greatly in comparison with the epoch preceding this catastrophe. If there are no such changes, then the consequences of the eruption were greatly overestimated by scientists.

Excavations of the team of Jost testify in favor of the second scenario. Scientists could not find in two different ends of the lake traces of the fact that the ecosystems of Africa survived a powerful blow and lost dozens of plant species. The effects of fires in the form of ash were not found. The only regions that were affected by this catastrophe are the slopes of mountains 1.5 km high and higher, where people hardly lived at that time.

On the one hand, this explains how humanity managed to survive the catastrophe – it affected its cradle, Africa, to a lesser extent than Asia or Europe. But on the other hand, such a discovery raises the question for scientists: why the total number of people, as indicated by the analysis of DNA, was reduced to a level of several thousand people at that time?

According to Yost and his colleagues, the mass death of people, if it really was, could occur because of diseases such as malaria, or other environmental factors not associated with climate. Their nature has yet to be revealed, the authors of the article conclude.