It became known when Britain separated from Europe 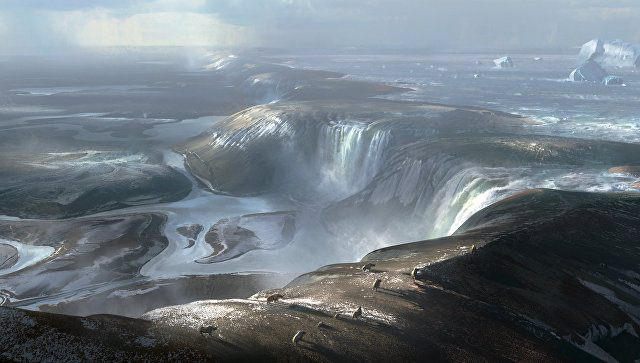 Britain ceased to be a part of the “single” Europe about 450 thousand years ago, when the water of the giant glacial lake that existed on the site of the Dover strait broke through the narrow bridge of land that connected Britain and France.

“The destruction of this strip of land that connected Dover and Kale in the past was one of the most important events in the history of Britain, which has a huge impact on the formation of the British nation even today.” When the ice age ended and sea level rose, this valley was finally flooded, And Britain lost contact with the mainland, which was Breckzite 1.0, for which no one voted, “says Sanjeev Gupta of the Imperial College of London, UK.

As Gupta and his colleagues say, the history of this discovery dates back to the mid-1960s, when geologists, engineers and workers from France and England began to prepare for the construction of the Channel Tunnel that connected the island nation and “big Europe” only in 1994 from For political differences between nations.

When the scientists received the first radar images of the bottom of the Channel, they discovered many strange potholes with a depth of 100 meters, filled with gravel and sand, which forced them to lay a rather tortuous route along the bottom of the Dover strait. These underwater “pits” and a number of other structures found on the bottom of the English Channel later led scientists to suspect that the British Dover and the French Calais in the distant past could connect a completely real overland “bridge” that had collapsed for then unknown reasons.

Gupta and his colleagues uncovered the history of the destruction of this “bridge”, no less dramatic than the present Braxit of 2016, making up three-dimensional maps of the bottom of the Dover Strait and studying the structure of rocks on the shores of France and Britain in the places where they found his remains.

As the scientists say, Britain separated from Europe in two stages approximately 450 thousand years ago, when most of the territory of the future island was covered with glaciers.

In the southern tip of it, where the Dover strait is now, there was a giant lake of meltwater separated from the waters of the Atlantic by a fairly thin “dam.” It was a mountain ridge of soft limestone rocks, very similar to those that today comprise the famous white cliffs of Dover.

At a certain time the lake was overflowing, and its waters began to fall down the slopes of these mountains in the form of giant waterfalls. According to Gupta and his colleagues, the 100-meter-long “holes” discovered by tunnel builders across the English Channel are the last and so far the only traces of the existence of these water streams, falling with enormous speed and force down.

These waterfalls undermined the base of these mountains, and at some point in time the rocks could not stand the pressure and were broken, resulting in a giant flood that flooded the valleys that were at that time at the bottom of the future strait. In this case, the geology of the Dover Strait indicates that the walls of the lake were only partially destroyed, and the water continued to accumulate in it within the following years.

After that, another catastrophic event occurred, which led to the complete destruction of the land bridge between Britain and France. Traces of this process were, as geologists say, giant potholes-channels on the bottom of the Channel, stretching about 20 kilometers to the west of the trails of waterfalls.

What exactly caused this collapse, scientists do not yet know – its cause could serve as the second “flood”, and earthquakes that periodically arise in this part of Europe. In the near future, Gupta’s team plans to take samples of rocks from various points of the former “bridge” to clarify the chronology of its destruction and determine what exactly forced Britain to make the first “Brekzit”. 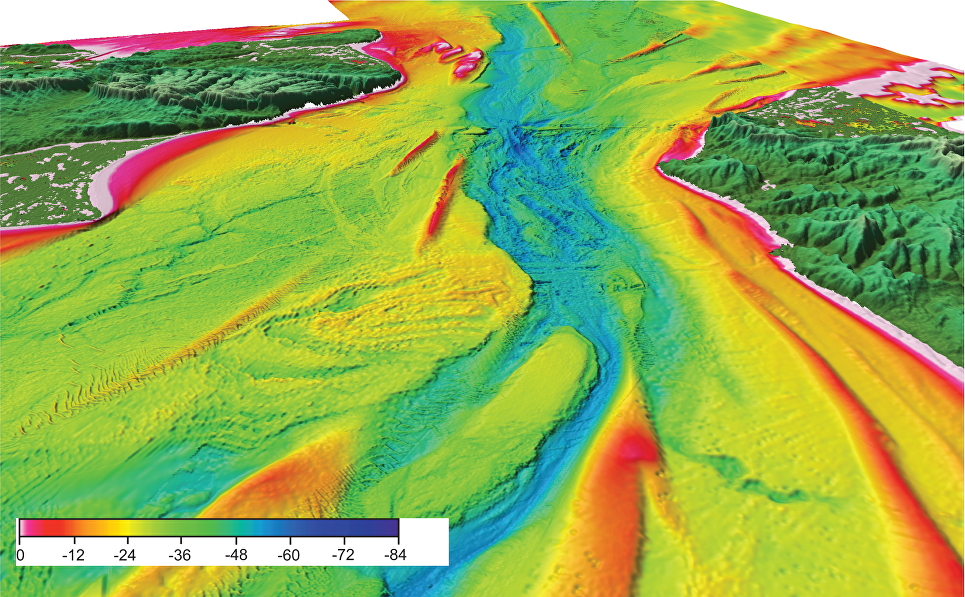 Three-dimensional map of the bottom of the Dover strait