It became known when India became part of Asia 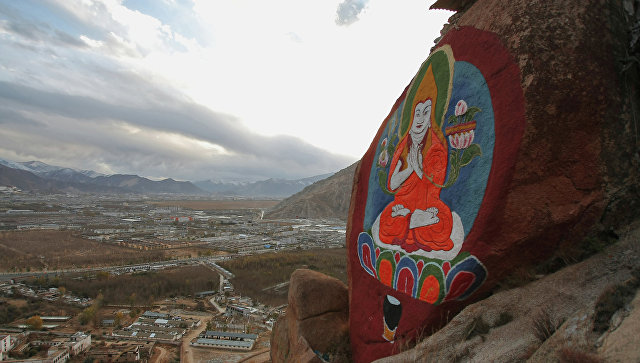 India and Asia have become a single whole about 65-63 million years ago, when the rocks of the future Hindustan Peninsula began to sink under the earth’s crust in the central part of current Tibet, Chinese geologists state.

“The clash of India and Asia seems to have been the most powerful and interesting geological event in the past 500 million years, and there are many traces of this process on the ocean floor, but how this process began and how Tibet has emerged remains unknown to us because of Great complexity of this process, “says Ding Lin from the Institute of Tibet Studies of CAS in Beijing, China.

India, unlike many other regions of Eurasia, is a kind of geological “migrant”. It is not part of a giant Eurasian tectonic plate, and has joined our continent relatively recently, in the last 65-70 million years. Before that, it was part of Gondwana, the southern super-continent, and its “neighbors” were Australia, Africa, Antarctica and South America.

When India separated from the rest of Gondwana, it does not cause controversy – it happened about 100 million years ago, when the peninsula and Madagascar split and Hindustan began traveling north, towards the future of Pakistan and India. On the other hand, when India collided with Asia, it provokes heated debate among scientists.

According to Lin, until recently, most geologists believed that this happened relatively recently, about 55 million years ago, when India touched Eurasia off the western shores of present-day Pakistan. Such statements cause sharp rejection from other scientists who believe that India could not move so quickly, having overcome more than 2000 kilometers for only 40 million years after the separation from Gondwana. Therefore, they believe that the collision occurred much later, 35 million years ago.

Lin and his colleagues, in turn, say that the first touch of India and the Eurasian plate occurred even earlier than the supporters of the “Pakistani” hypothesis – 65 or 63 million years ago, and it happened in the central Tibet region, and not off the coast of Pakistan .

Chinese geologists came to this conclusion by analyzing the latest data on the age of rocks from the “seam” connecting the Indian plate and Asia and passing along the Yalutsangpo River, the source of the Brahmaputra. As scientists note, the “traces” of the Earth’s magnetic field in the oldest rocks of this seam indicate that it was formed not 55 million years ago, as its western part in Pakistan, but at least 7-10 million years earlier, in fact before , How the dinosaurs died out.

At that time, India and Eurasia were not yet a single piece of land – even after the collision they were separated by almost 1.3 thousand kilometers of water covering the underwater part of the Indian plate. Her immersion in Tibet, according to scientists, not only caused the birth of this plateau and the Himalayan mountains, but also caused powerful deformations and geological upheavals throughout Eurasia.

These geological changes, in turn, caused serious climate changes in the region, depriving the future Tibet of rainfall and creating a wet monsoon climate with a record rainfall in the summer season that is typical for India and Bangladesh today.