It became known why the last ice age ended 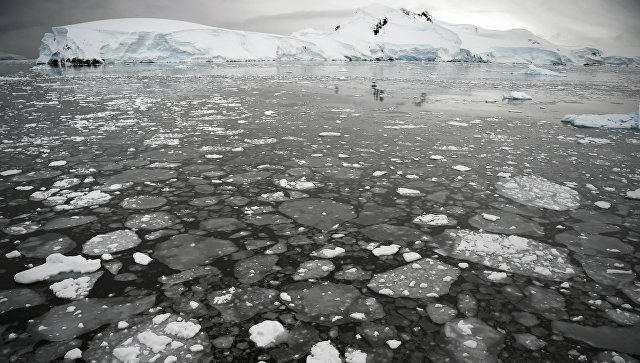 The last ice age ended approximately 13,000 years ago due to a series of powerful volcanic eruptions in the Antarctic that melted part of its ice that destroyed the ozone layer and caused global warming, according to an article published in the journal PNAS.

“Our measurements show that the most powerful eruptions of the Takahe Volcano on the Antarctic Peninsula, which threw huge amounts of chlorine and other halogens into the atmosphere, coincide in time with the onset of the fastest and sharpest warming in the history of the Southern Hemisphere, while at the same time concentrations of greenhouse gases across the planet, “said Joseph McConnell of the Institute for the Study of the Desert in Reno, USA.

The last glacial period in the history of the Earth, as geologists now believe, began about 2.6 million years ago. Its main feature is that the area of ​​glaciation and the temperature of the Earth’s surface throughout its entire length were not constant – the glaciers attacked and receded every 40 and 100 thousand years, and these episodes were accompanied by sharp cooling and warming. The last period of warming began about 13 thousand years ago and continues to this day.

These cycles of glaciations and “thaws”, as many scientists today believe, are primarily associated with the so-called cycles of Milankovitch – “rocking” the Earth’s orbit, changing how much heat poles and temperate latitudes receive. Other geologists and climatologists believe that in fact these abrupt climate changes are not related to “cosmic”, but completely terrestrial factors, such as the rearrangement of the “pipeline” of currents in the world’s oceans or the increase or decrease in the share of CO2 in the atmosphere.

McConnell and his colleagues found out what made the Earth thaw the last time, studying ice samples extracted from glaciers in the west of Antarctica about 400 kilometers from the ocean. These ice, whose thickness is about three kilometers, formed over the last 68 thousand years, which allowed scientists to study how the climate of the continent changed during this time, analyzing the chemical composition of the interspersed air in their thickness.

Studying these deposits of ice, American climatologists noticed something extremely unusual – in those layers that formed approximately 17.5-17 thousand years ago, they recorded an unusually large number of atoms of bromine, chlorine and other halogens, as well as a number of other atypical for ice substances, including heavy metals and sulfur.

Rare earth and heavy metals can get into the air in such quantities only in one case – with very strong and prolonged eruptions of volcanoes. Their source in this case, as calculated by scientists, was the volcano Takahoe, located 350 kilometers from the point where McConnell and his colleagues collected ice samples.

These eruptions, according to climatologists, lasted approximately 190 years, as a result of which not only a huge amount of greenhouse gases, but also halogens, actively destroying the ozone layer, got into the atmosphere. As a result, not only global warming began, but also an ozone hole that dramatically changed the nature of the winds over the Antarctic and the southern Atlantic and the Indian Ocean.

These changes, in turn, led to large-scale restructuring of the currents, which led to the fact that the Earth’s climate changed irreversibly, leaving the endless cycle of glaciations and interglacial periods. It is possible that the climate of the planet could change in a similar way and in more ancient historical epochs, scientists conclude.