It became known why the Vikings colonized Greenland 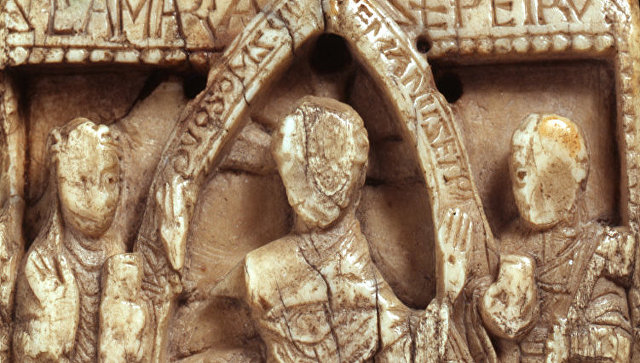 Vikings infiltrated the territory of Greenland for the production of walrus tusks, the monopoly on trade which they held for four centuries. This conclusion was reached by geneticists and historians who published an article in the journal Proceedings of the Royal Society B.

“Genetic analysis shows that by 1100 AD Greenland had become the main supplier of walrus bones to Western Europe, in fact a complete monopoly in this area.The high demand for this material supported the life of the Viking colonies on this island for four centuries.While it is not clear what exactly led to their disappearance, “- says James Barrett (James Barrett), an archaeologist from Cambridge University (Great Britain).

According to the sagas of the Vikings, the discoverers of the New World and America were not Christopher Columbus and his team, but Norwegian navigators led by Erik the Red and his sons, who were expelled from Norway in the late 10th century. After long voyages, Greenland became their new homeland in about 986.

The very fact of the presence of Vikings in Greenland and in the “Vinland” – on the island of Newfoundland and the Labrador Peninsula – today does not cause doubts of scientists due to the multitude of archaeological finds and radiocarbon datings. The controversy raises two other issues – why did Eric Red call Greenland a “green island” and why the Vikings first colonized and then left new lands.

Barrett and his colleagues, who have been dealing with the “genetic archeology” of Northern Europe for several years, have found the answer to this question by studying walrus bone fragments and various ornaments from the tusks of these sea giants found or stored in Norway, north-east England and other regions Europe, where in the past were the largest shopping centers of the Middle Ages.

During the glacial period, as scientists note, the walrus population was divided into two halves, one of which lived off the coast of America and Greenland, and the second – off the shores of the future Norway and Russia. Such a division affected the structure of their genomes, making them different from each other.

This prompted scientists to think of extracting scraps of DNA from these pieces of walrus bone, decipher it and try to find the real “home” of all these ornaments. In total, historians and geneticists analyzed 36 similar artifacts, some of which date back to the 10th-11th centuries, while others were made much later. This analysis unexpectedly revealed an interesting page from the history of the Vikings of Greenland.

As it turned out, all the ancient ornaments were made from tusks of walruses living on the shores of the Barents Sea and other northern regions of Eurasia. The situation changed dramatically in the early 12th century – in fact, all artifacts worked at this time and in later epochs contained DNA traces of only “American” walruses.

The only source of these tusks, as Barrett notes, could be the two Viking colonies in Greenland and their settlements in Newfoundland, on whose banks today large groups of Western walruses live. Their share in the 12-15 centuries, as calculations of archaeologists show, accounted for about 94% of the European walrus bone trade, which made Greenland one of the first economic monopolies.

In favor of this is the fact that Greenland paid the tithe of the church not with money, but with walrus bone, and also used it to organize its own bishopric, and also to bribe hostile leaders and even Norwegian kings.

What led the Vikings to leave Greenland and abandon the superprofit monopoly, is not yet clear. According to the archaeologist, natural cataclysms, such as the onset of the “small ice age” in the middle of the 15th century, and more prosaic things can claim this role.

For example, walrus tusks could simply go out of fashion, giving way to elephant bone, and the walrus colonies themselves could be depleted as a result of predatory hunting by the descendants of Eric the Red. As Barrett hopes, the answer to this question will sooner or later be discovered in the annals or other monuments of the history of the Vikings.