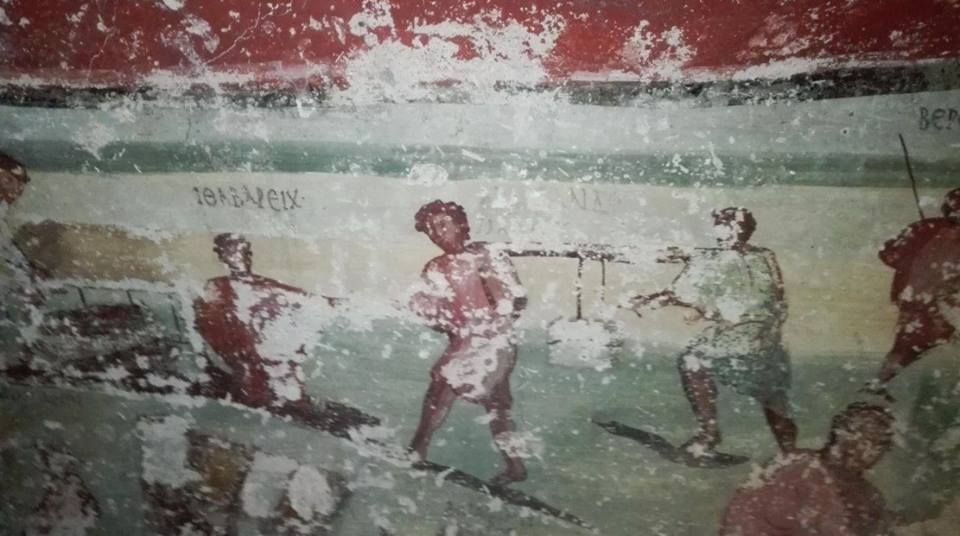 In the Jordanian town of Beit RAS discovered an ancient tomb with a cave and two burial chambers. According to preliminary data, the opening will belong to the Hellenistic/early Roman period.

The discovery was made by accident: the tomb came across workers in the course of the project to expand the local network of sewers and wastewater treatment.

Most burial chamber contains the coffin of basalt, exposed by the etchings in the form of two lion heads, and the remains of human bones. The walls are painted with oil frescoes, which depict mythological scenes, using the shapes of men and horses. Some of it’s frescoes are partially eroded, but most remained intact, allowing scientists to get a better understanding of the funerary rituals of the past. The second chamber contains two more rock tombs without any artifacts.

Also the frescoes visible image of the vines. They probably belong to the Hellenistic/early Roman period. Inscriptions and some of the artifacts in the tomb at this point is analysed to determine a more exact time frame when it was built this tomb and to whom. 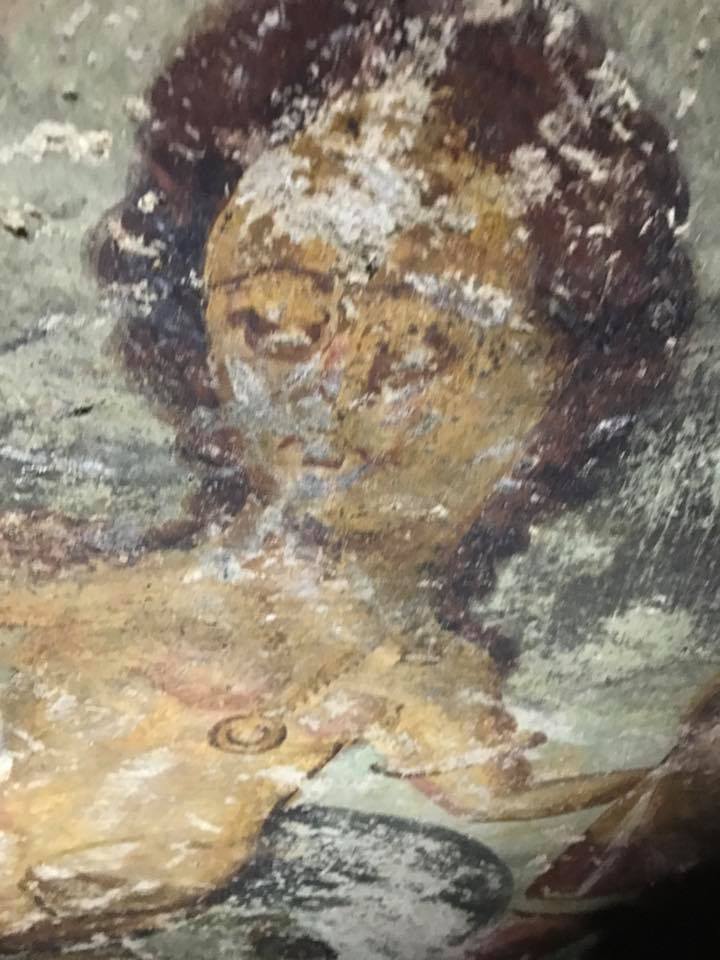 The Minister of tourism and antiquity Lina Annab stated that the site is closed to visitors to protect the archaeological integrity of the tomb and the capacity to conduct large trials to obtain more complete data on its significance.

Beit RAS is one of the ancient cities of the Hellenistic/Roman Decapolis (League of cities). At that time it was known as Capitolias. The city was also mentioned in the Arabic poetry as a unique place, which included the theatre from the II century ad, and the remains of a Byzantine Church, whose architectural styles were subsequently used during the Islamic era and, in particular, during the early Umayyad period.