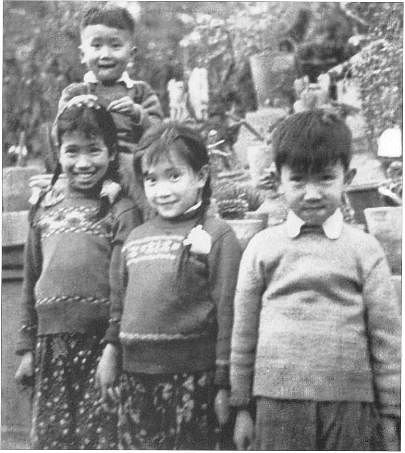 In the early 90-ies of the newspaper “veins are Veins” (Hong Kong) has published a number of papers about an unusual boy under the name of Jung Lee Chang. His story begins. In 1987, the Hong Kong scientists got to study the boy claiming to be from the past. To explain this statement insanity prevented many — a boy fluent in the ancient Chinese language, retold the details of the biographies of long-dead people were well versed in the history of China and Japan.

Moreover, the individual scenes of the events narrated by them were either not currently known or privy to them were historians specialized on certain periods. Jung Lee Chang was dressed in the clothes of the inhabitants of Ancient China that can be attributed to either carefully planned by someone with a forgery or a true story “alien”.

To believe in the story of the boy was hard, but he didn’t understand how he got to the modern city of Hong Kong. Historian Ying Ying Shao decided to check told the boy and immersed himself in the study of ancient books stored in the temples. In one of the books his attention was attracted by the stories, which almost identical with the stories of Jung Lee. A historian came across a record of the date and place of birth of the boy and was pretty sure that we are talking about Jung Lee Chang, but to make sure a stunning opening, I had another conversation with him.

However, in may 1988, a mysterious boy suddenly disappeared, after being in our time. Frustrated historian Ying Shao Ying again began to examine the books and one of them immediately after the name “Li Yung Chang” found the following entry: “…disappeared for 10 years and emerged with the mind descended, claimed to have been in 1987, according to the Christian calendar, has seen huge birds, big magic mirror, drawers that reach to the sky, colored lights that turn on and off themselves, wide streets, decorated with marble, went into a long snake that crawls with monstrous speed. Recognized as insane and died after 3 weeks…