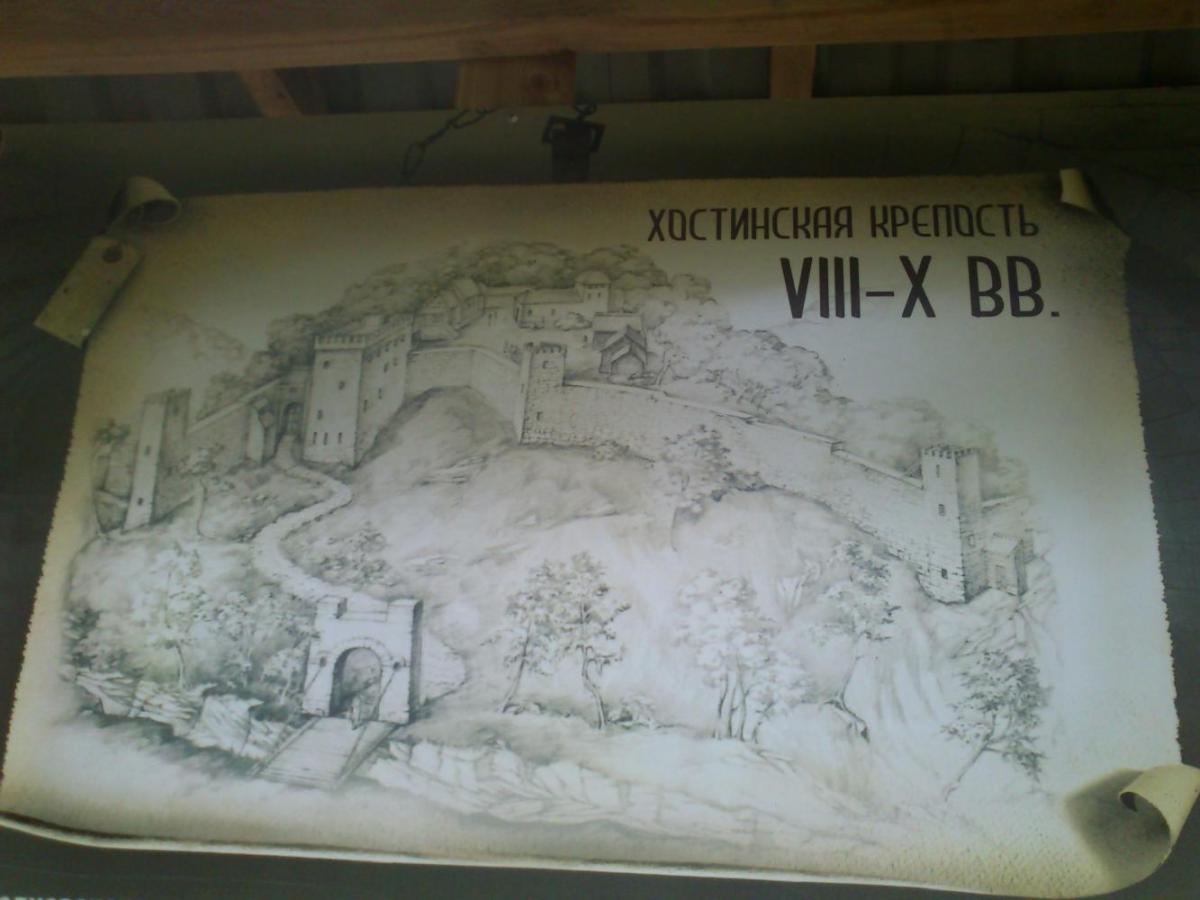 Khosta fortress (just found the name of the Genoese fortress) — the remains of ancient buildings, presumably of a defensive fortress. Located in the North-Eastern part of the yew & boxwood grove, on the summit of a rocky outcrop on the right Bank of the Khosta river.

Khosta fortress belongs to the early medieval fortifications of the area and Dating to the VII – X centuries BC.

The fortress was built so that the Northern, Western and Eastern parts had been protected by natural cliffs. In the southern part was built the defensive line out of the wall, the three towers, the gate and shaft. In the construction of walls, the soil was removed to a rocky area. Build them gradually, narrow tiers to a height of 5-6 meters, the top of designed teeth.

Towers usually had two or three tier wooden multi-storey floors and the upper combat platform. The height of each floor was approximately 2 meters and a height of three-storey tower is 11 meters.

Today the remains of the 4 towers and fragments of walls.

Until 2012 the castle was closed for tourists because of its inaccessibility. Now, thanks to the opening of a Large ring in the yew-boxwood grove, visit this monument of history can anyone.