Legends of ancient China about the flood and the gods 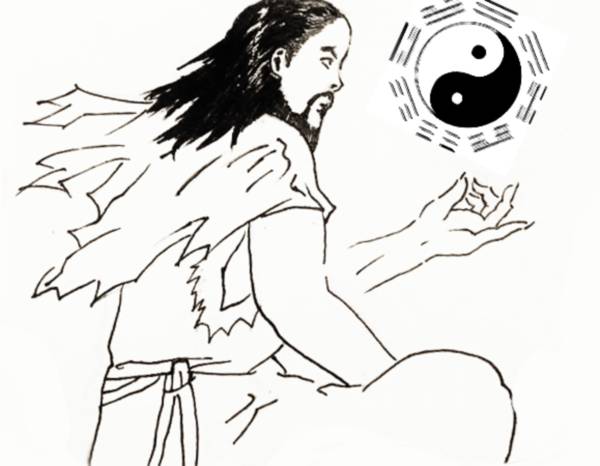 The progenitor of today’s world and civilization was the God Fu XI. Following the laws of creation, he brought order and peace to Heaven and Earth. The legend of this recorded in ancient texts such as unofficial history, written by the scientist Lo Mi song dynasty, “Annals of the three emperors” and “Book of Jin” of the Tang dynasty.

During the reign of Fu XI was a terrible natural calamities and tremendous change. The flood destroyed the civilization that existed in the legendary land of Mu and Atlantis. Survived the people who lived in the mountains Kunlun.

After the Great Flood, Heaven and Earth joined in primordial chaos. Using his divine powers, Fu XI led the world in order — this process is described in the “Chu Silk manuscript”. He married the goddess Naive, with whom he has had four children. They became the gods of the seasons and directions. Due to the fact that they balance the heavens and the earth and the stars, the day is divided into day and night, year — on seasons, and the world in four directions. 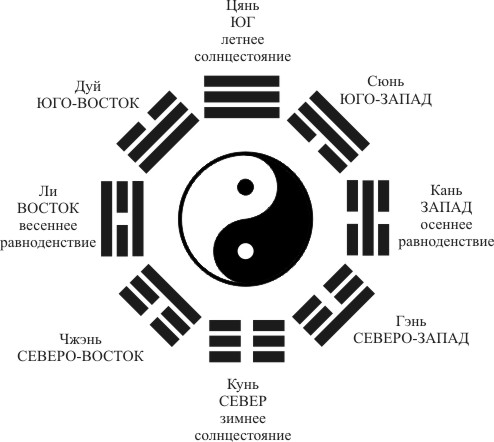 Fu XI also created a duality of sides — Yin and Yang and the eight trigrams, which later generations began to use for predictions.

Figures Fu XI and Nuvi the time of the Han dynasty depict them holding carpentry tools that represent their role in the creation of the Universe. Other artists depicted them holding the moon and the sun. 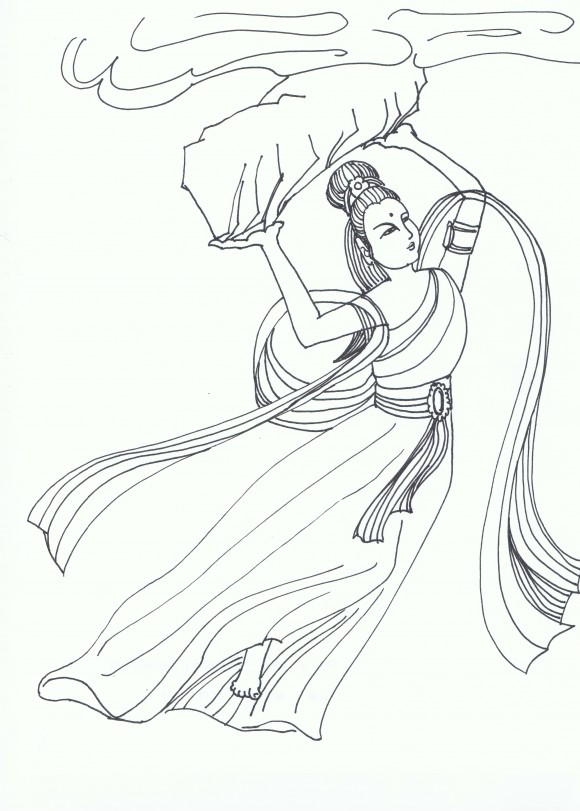 The goddess is the Creator of the Chinese race, Nuwa repairing the heavens with a large stone.

After creating the universe once again came to the mess. Five spirits of the elements of the tree was sent to Earth to support four lines and restore the order of the universe. After Fu XI Lord of the Universe was Nuwa, but she defied the God of Water Gong Gong. He rebelled, and Zhu Rong, the Fire God was sent to subdue him.

While Gong Gong was defeated, in their frantic rage, he destroyed the mountain, Boujou, and with it the pillars supporting the Sky, and the chains holding the Earth in place. The sky, the Sun, Moon, and stars began to deviate in the direction of the South.

In the writings of the early Han dynasty it is said that there was a gap in the ground — crack. Fires burned all around, and the river overflowed its banks. Nuwa smelted the five-colored boulder and used it to fix a hole in the Sky, and the legs of a giant celestial sea turtles put as pillars to support the sky. Due to this, she trimmed way movement of Heaven and Earth, and the people could peacefully live and work.