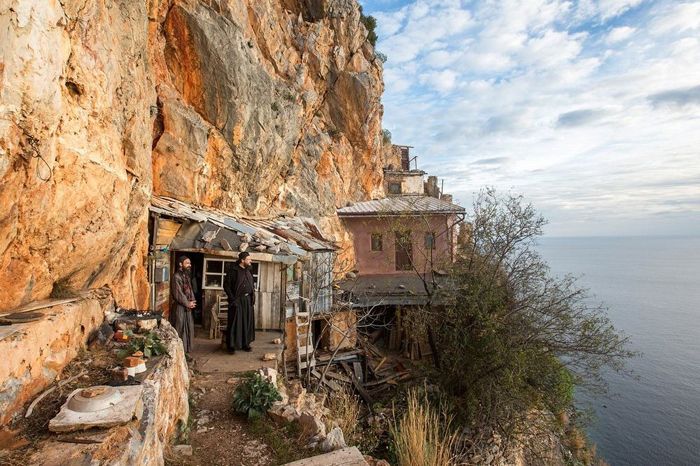 On the holy Mount Athos in Greece off the coast of the Aegean Sea is one of the most ancient monasteries on earth. The first monks arrived here in the ninth century. Some of them settled in caves right on the steep side of the cliff. About how you can survive in such harsh conditions, you can read in our today’s article. 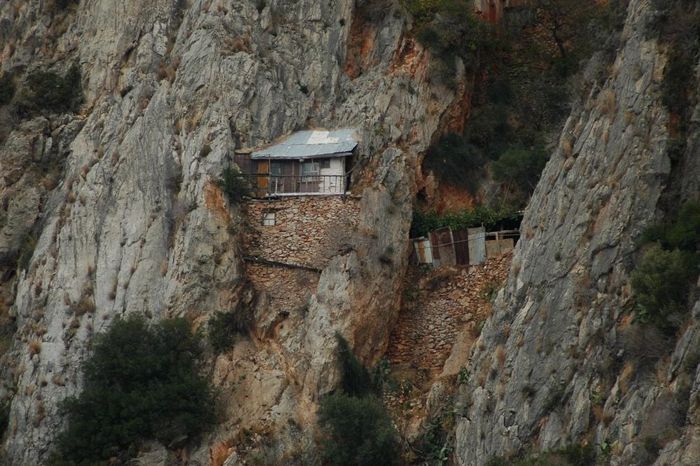 The monastery of Karuli, or rather even this monastery, belonging to the Great Laurel in Greece, consists of 12 cells, which were built in the XVII century, and several caves. The word “karuli” is translated from Greek as “reel” – it is used by monks to lift baskets with food and water. 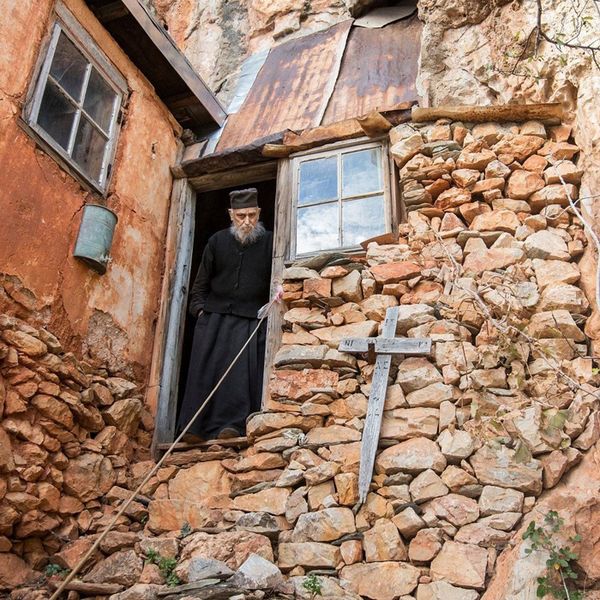 In this region there are several monasteries of the monastery where Orthodox monks live. In total, they number about two thousand, however, only ten people live in the hermitage of Karuli today. 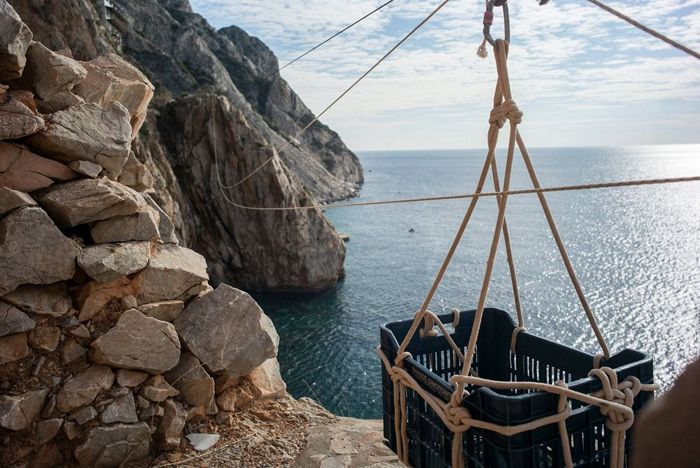 The life of monks in the monastery has hardly changed since the first Orthodox monks arrived in the 9th century. Some of them grow vegetables, make wine, others cut out various utensils from wood, they constantly clean and repair the monastery, sitting around is considered shameful. Monks try to provide themselves with everything necessary for themselves, so that there is no need to leave the Lavra. Those who chose life in caves live in almost complete isolation, having little contact in the world we are familiar with, and even almost without seeing other monks. “I do not like life in a monastery, for me it’s like a prison. Here in Karuli, I’m free, “says one of the hermits. 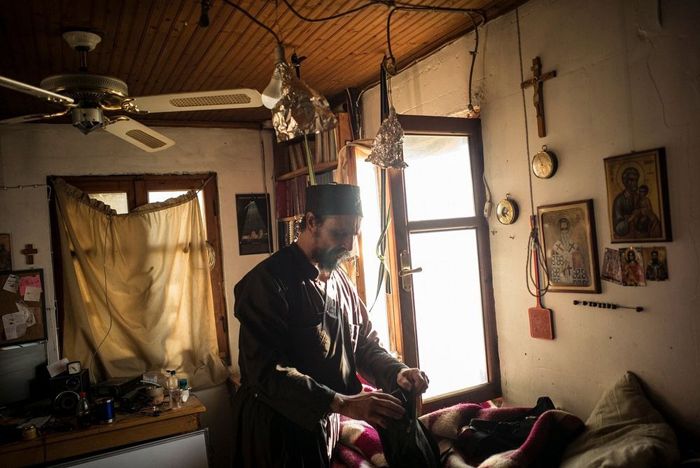 To reach these sketes and caves is so difficult that monks hardly ever see anyone. In order not to die of hunger, they receive a minimum of food and water by using a cable system located tens of meters above the water. Previously, in order not to break on a steep slope, while descending and lifting in the cell monks tied themselves with chains and ropes as an insurance. Today, there are almost steep steps made of wood, which although they are quite dangerous, but still significantly facilitate access to the monastery. Despite this, some monks deliberately do not take the opportunity to go down, and some can not do this because of poor health. For example, Father Arsenios has not left the monastery for 64 years, and now it is unlikely that he will leave because his health prevents him from taking steep steps. 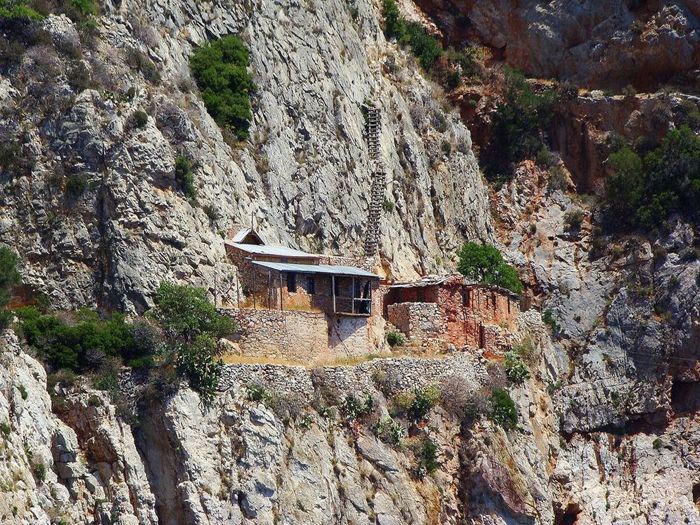 Women are categorically not allowed to visit this place, even to approach the shore closer than 500 meters. It is believed that the last woman who was on this peninsula was Maria herself. However, considering that all the monks of the monastery observe celibacy, this rule is also designed not to lead them into temptation. 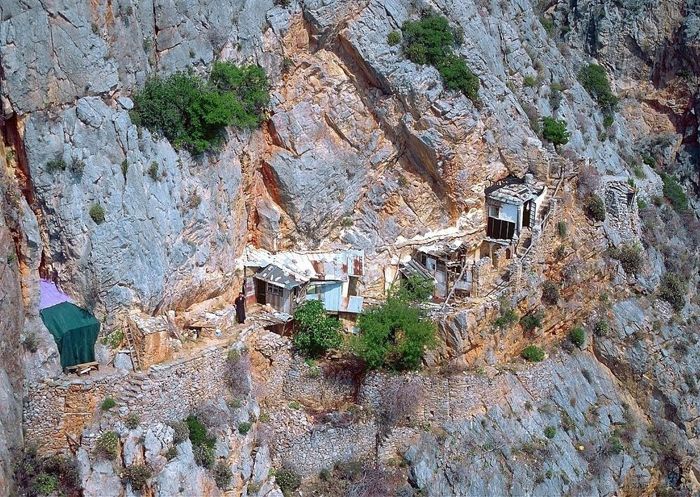 For all monks living in both Karuli and other 20 monasteries of the monastery, the main part of the time of the day goes to prayers. Even when they are working or when they come for lunch or breakfast, all their actions are accompanied by prayers. Duration of the mass is different, sometimes it can last 6 hours, sometimes pass at night – it is believed that the more silence, the easier it is to concentrate on prayer itself. 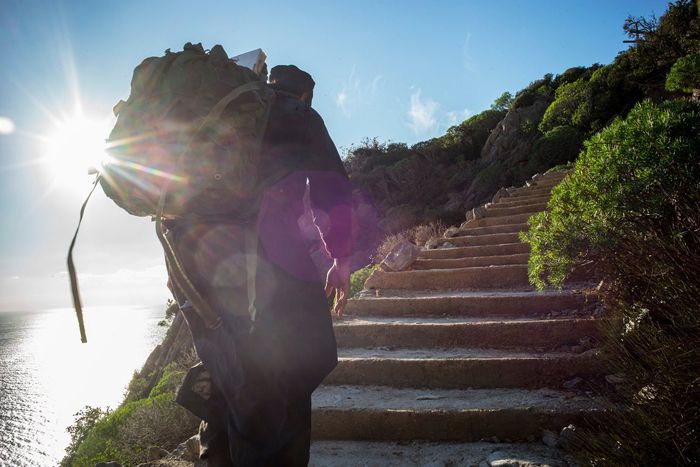 Steps to the hermitages of Karuli. 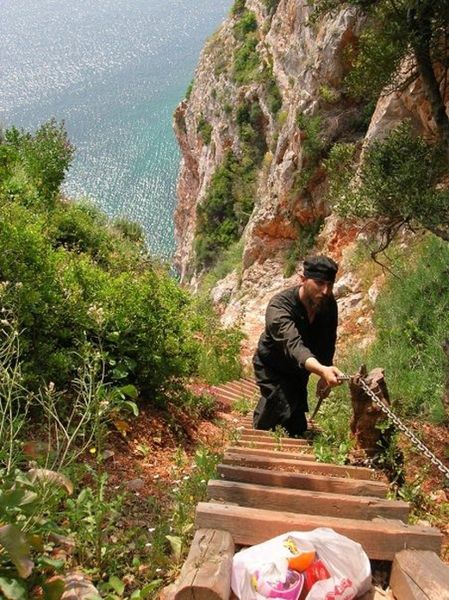 Steps significantly facilitate access to Karuli, although they can not be completely safe. 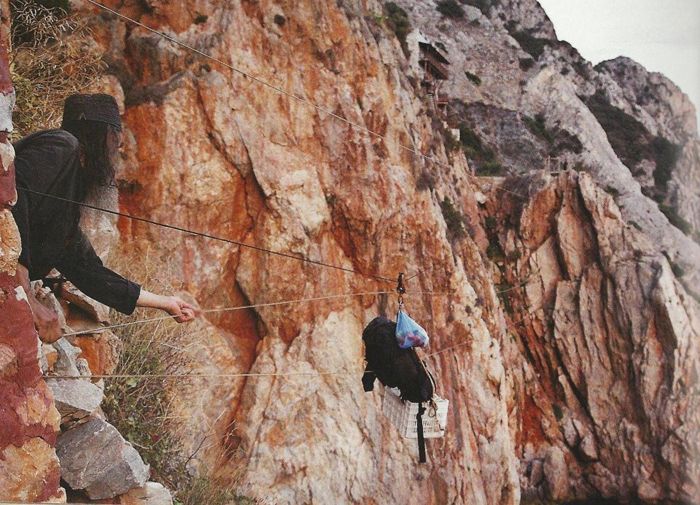 A basket of provisions. 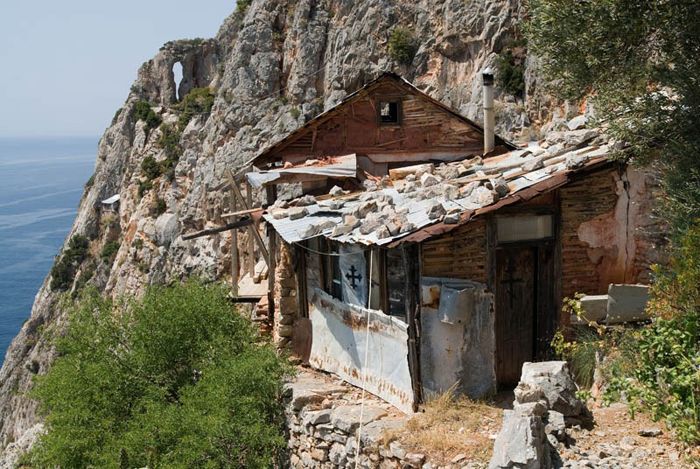 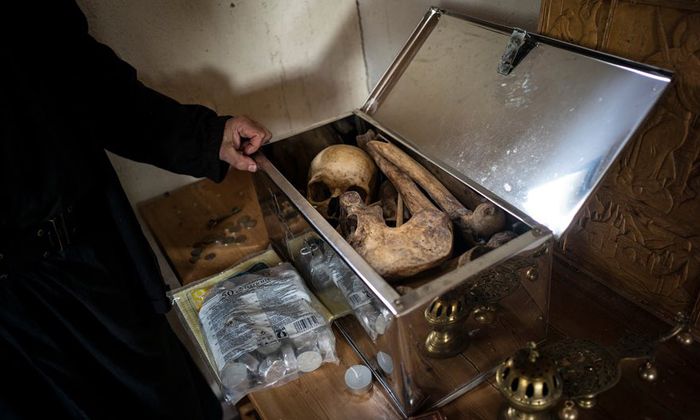 These bones belong to a monk who used to live in the hermitage of Karuli. Even after death, the monk wished to remain in the monastery. His remains were placed in a silver trunk. 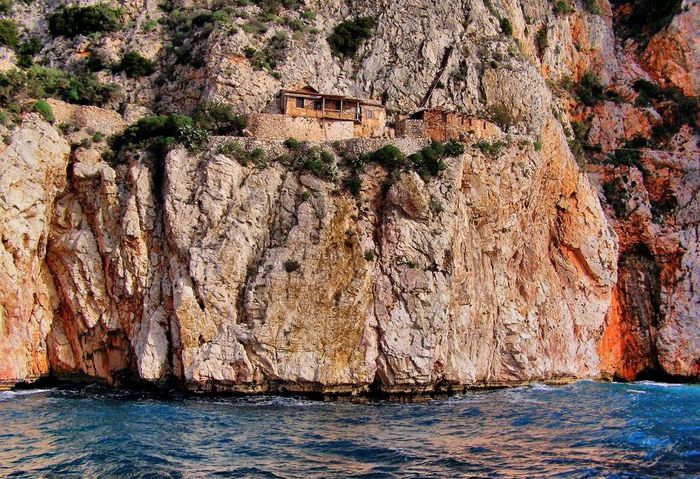