Life on Earth exists today by a fluke 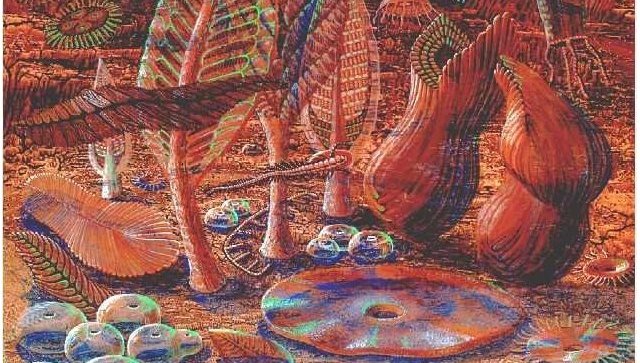 Life on the modern Earth exists due to a fluke, a series of super-powerful volcanic eruptions that melted about 570 million years ago a giant ice shield that covered the entire planet.

“In order to recreate the full history of the Earth at that time, we had to analyze a huge number of zircon crystals that had been formed in a wide variety of geological epochs, which enabled us to find the most powerful greenhouse gas emission in the history of the Earth that occurred just before the” Cambrian explosion ” , the most important event in the evolution of life on Earth, “said Chad Deering from the University of Technology at Michigan in Houghton, USA.

The Earth’s atmosphere before the appearance of the first plants and microbes almost entirely consisted of nitrogen, carbon dioxide, methane and other greenhouse gases. Oxygen in it began to appear only about 2.2 billion years ago, after the so-called “great oxygen disaster”, when the first photosynthetic microbes began to absorb atmospheric CO2 and saturate it with oxygen.

As a result, the power of the greenhouse effect has weakened, and, as scientists believe today, about 850-600 million years ago the Earth turned into a kind of “snowball” – the temperature on the planet has decreased so much that its oceans began to freeze to the equator. How exactly the Earth got out of this glaciation, scientists argue until now.

Deering and his colleagues found that the Earth got rid of these ice chains by a fluke, studying the samples of the world’s oldest rocks found on the west coast of Antarctica at those points where glaciers are no longer present on its surface.

Inside these rocks, as Deering says, there are so-called zircons – microscopic crystals that appear inside magmatic rocks at very high temperatures. The chemical composition of these crystals does not change after their formation, which makes it possible to use them as reliable indicators of the age of the rocks and the conditions in which they appeared.

Using these crystals, scientists tried to find an answer to the question that had long been of interest to everyone – whether the frequency of volcanic eruptions varied and what magmas and gases they threw into the atmosphere at the onset and at the end of the “snow planet” era.

As scientists explain, the amount of greenhouse gases emitted by a volcano into the atmosphere depends very much on where it is located and what magma it spews out. For example, the volcano Etna in Italy and Erebus in the Antarctic emit tens of times more CO2 than most other volcanoes of the Earth, despite their modest size and low frequency of eruptions.

Their high “productivity”, according to the geologist, is due to the fact that their magma was formed from alkaline rocks occurring in the bowels of the Earth quite rarely. Studying the zircons, formed 700-500 million years ago, Deering and his colleagues tried to understand how often such volcanoes were encountered in the Precambrian era.

Their composition indicated a very strange and interesting coincidence. Approximately 570-550 million years ago, the Earth’s bowels began to produce large amounts of “alkaline” magma, which hit the surface of the planet led to the release of giant amounts of CO2, sulfur compounds and other greenhouse gases into the atmosphere. This is supported by the fact that the proportion of carbon isotopes in the atmosphere at that time changed dramatically, moving by about 20% in 5-10 million years.

At the same time, as scientists believe today, the so-called “Cambrian explosion” began, a special period in the evolution of life, when representatives of almost all modern types of multicellular animals appeared in the primary ocean of the Earth. Scientists suggest that an outbreak of volcanic activity, which occurred 580 million years ago, was the trigger of this explosion and the “creator” of all modern life on Earth.