In 1950, a man with narrow whiskers and a Victorian-style suit appeared in Times Square in New York. According to eyewitnesses, he was very frightened and completely at a loss. Literally a couple of minutes after the strange man first noticed, he, unfortunately, was hit by a car and died.

In the morgue from the pockets of the deceased’s clothes were removed:

a 5-cent beer tag with the name of the bar, which was unfamiliar even to the oldest residents of the district;
a bill for servicing the horse and washing the crew, issued by a paid stables, located at Lexington Avenue, but at that time not listed in any directory;
about $ 70 in old dollar bills;
a business card with the name of Rudolf Fentz, according to which his place of residence was an apartment on Fifth Avenue in New York;
a letter sent to the same address in June 1876 from Philadelphia.

None of these items showed signs of time.

Captain Hubert Rome from the department for the search for missing people tried to use this data to identify a strange person. As a result of the investigation it was possible to establish the following.

At the address on Fifth Avenue, there was a commercial enterprise, and the name of Rudolf Fentz to his then owner was not familiar. There was no Fentz in the address book of the city, and his prints were not found in any database. No one claimed the loss of this man.

Rome continued the investigation and, in the end, discovered a certain Rudolf Fentz Jr. in the telephone directory for 1939. Rome interviewed residents at the address indicated and found out that once there really lived Rudolf Fenz, about 60 years old, who worked nearby. After retiring in 1940, he moved to another location.

Rome sought out the address of the alleged Fentz, but he died five years before the incident, but his wife was still alive and living in Florida. The investigator contacted her and found out that her husband’s father had mysteriously disappeared in 1876 at the age of 29. He just left the house for an evening walk and no one else saw him.

This story was published in a variety of newspapers and magazines in the 1970s, the 1980s and until the year 2000 was submitted as a real event. Nevertheless, there was a researcher Chris Obeek, who decided to verify the reliability of the described and came to the conclusion that the people and events indicated in this story are completely fictional, although he himself could not determine the original source.

In 2002, Pastor George Murphy claimed that the original source is either one of the works of an anthology of science fiction works directed by Robert Heinlein “Tomorrow, The Stars”, or a story published in the issue of the “Collierovsky weekly” for September 15, 1951. 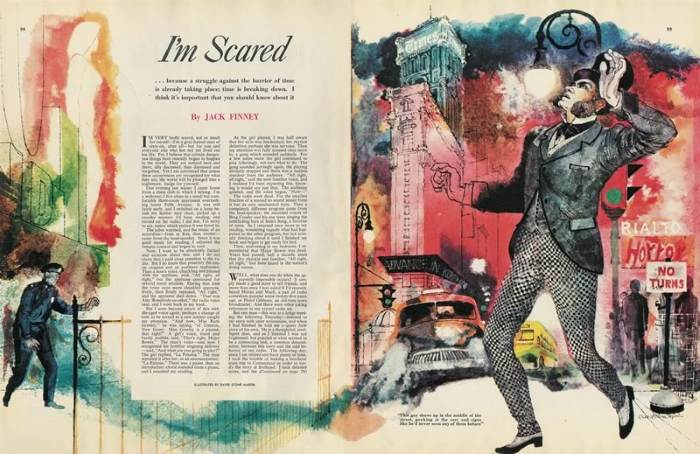 The author of this story is the science fiction writer Jack Finney, and the fictional episode with Robert Fentz is part of the story “I’m Afraid”, which first appeared in the “Collierovskii weekly.”

And like everything fell into place – Robert Fentz was a literary hero in a fantastic work.

However, in 2007 a scientist working in the Berlin news archives found a news article dated April 1951, in which the same story was mentioned.

This note was printed 5 months before the story of Jack Finney.

In addition, the article mentioned that several researchers managed to find evidence of the existence of this Rudolf Fentz, as well as to confirm the fact of his disappearance in 1876 at the age of 29 years.