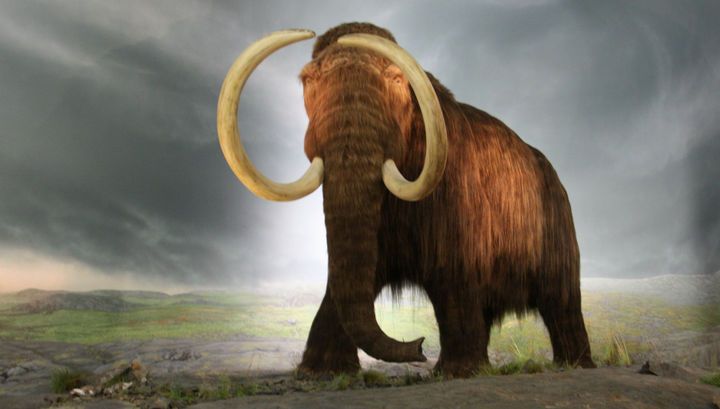 Statistics are inexorable in relation to representatives of the stronger sex. Compared to women, men are more likely to commit risky behavior and, as a result, become victims of accidents. Even an analysis of the list of laureates of the Darwin Prize, awarded for the most ridiculous departure from life, confirmed that the overwhelming number of laureates are men. And, similar, similar tendencies were observed not only among people. A new study by Swedish scientists showed that mammoth males were more likely to fall into pits, drown in swamps and fall into other natural traps.

Patricia Pecnerova (Patricia Pecnerova) and her colleagues from the Swedish Museum of Natural History were working on a large international project to study the mammoth genome, and for some analyzes they needed to know the sex of the animal.

The paleobiologists studied a small group of remains and found that most of them belonged to males. This seemed strange, and the scientists decided to recheck the results on a large for archeology sample of 96 samples found in Siberia and on Wrangel Island. Again, about seventy percent of mammoths were males.
“We were very surprised because we did not expect to see asymmetry in the fossil record in terms of gender,” says Peknerova, “since at birth the ratio of females and males was probably balanced, we had to seek an explanation for the fact that male remains are better preserved” .

Until the end of the last glacial age, mammoths were the dominant species of large mammals in the Northern Hemisphere. They inhabited vast areas from Western Europe to the East Coast of Canada, and until the appearance of humans there were practically no enemies. However, due to weathering, the absolute majority of bones and teeth have not survived to this day, and rather rare finds, as a rule, are extracted from permafrost in the Arctic.

“Our results show that mammoth males are more likely to die in such a way that their remains have been mothballed for years, for example, they fell through the ice on lakes or got stuck in swamps,” says Love Dalen, co-author.

Scientists have carefully studied the results of numerous studies on the behavior and lifestyle of mammoths, according to which the social relationships of extinct giants were very similar to those observed among modern elephants. Females and young animals lived in groups headed by the most experienced mammoth, and adult males preferred to wander alone or form small bachelor clubs.

“We believe that without finding a place in the life of a herd under the leadership of an experienced female, mammoth males were more at risk of falling into natural traps such as swamps, crevices and lakes,” explains Dalen.

Conclusions published in the journal Current Biology not only clearly demonstrate that fossil remains can tell about the social behavior of prehistoric creatures, but also remind scientists that such findings do not always represent a random sample of ancient populations. Now scientists are going to check whether there is a similar trend in any other extinct species.