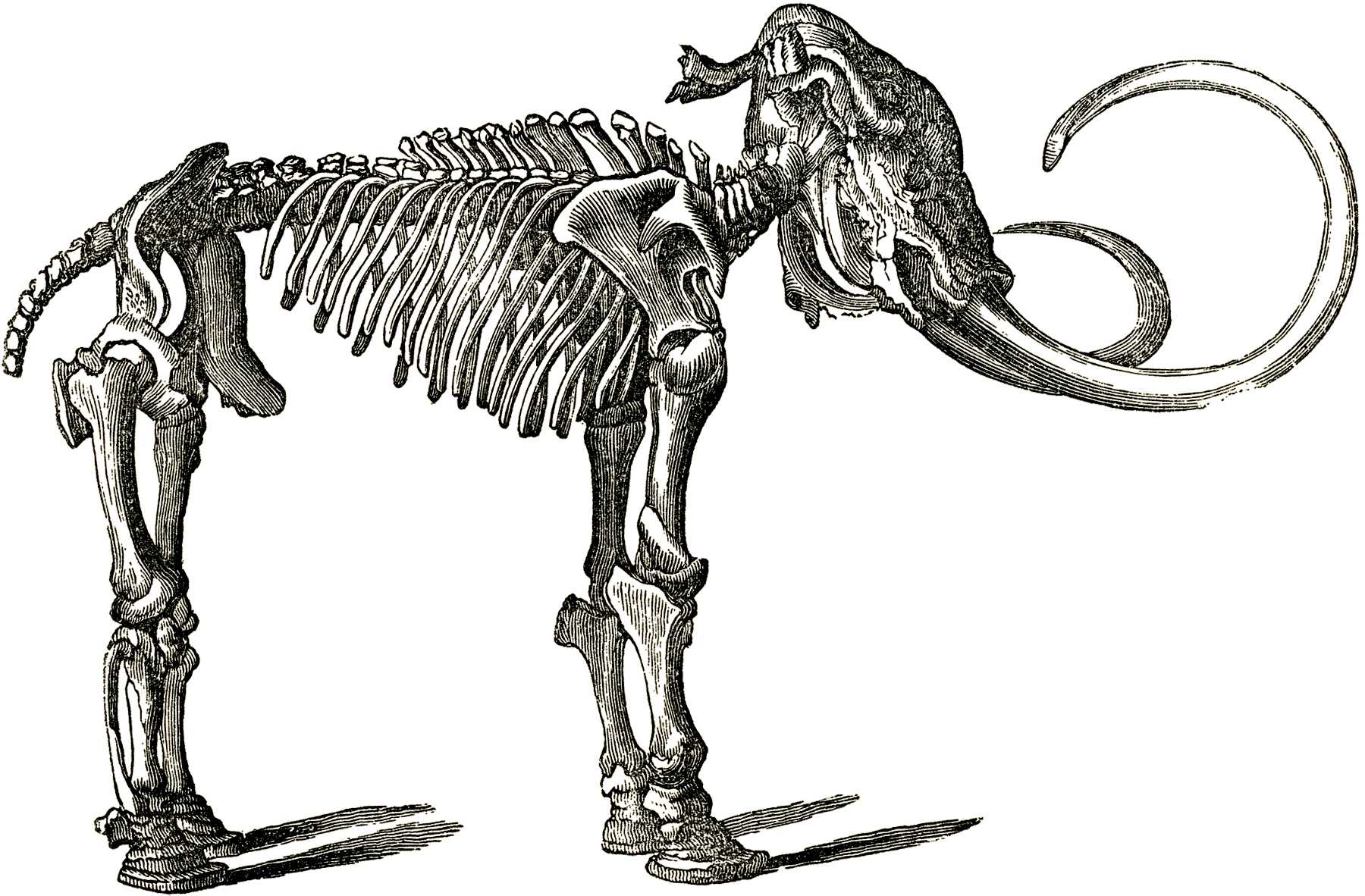 Palaeobiologist Sergei Leshchinsky from Tomsk State University (TSU) found that about half of the mammoths found in the paleolithic site of Berelekh suffered from diseases of the bone system.

The archaeological site of Berelekh is located on the territory of the Yano-Indigirskaya lowland in Northern Yakutia and is the largest burial of woolly mammoths (Mammuthus primigenius) in the Siberian Arctic. During excavation, the peak of which occurred in the 1970-1980s, from the depth of 0.5-4.5 meters, bones 156-166 of these mammals were extracted at the site (counting was carried out according to the number of teeth). Subsequent analysis showed that most of the remains belonged to medium-sized individuals and females, the third of which at the time of death did not exceed a decade old. According to radiocarbon dating, the animals could die massively at the end of the Late Pleistocene (12-13 thousand years BC), failing under the ice, melted due to warming and floods. 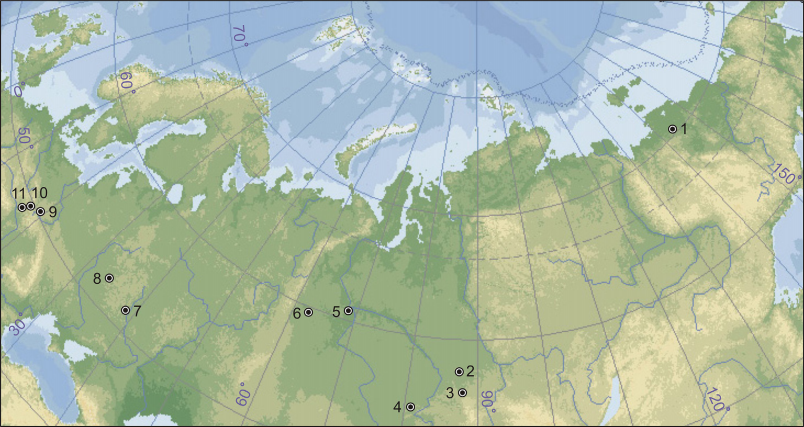 To clarify the picture of the death of elephants in the region of Berelekh, Sergei Leszczynski conducted a tafonomical and paleoecological analysis of 1538 bones and eight teeth of at least 43 mammoths stored in the Zoological Institute of the Russian Academy of Sciences (RAS) in St. Petersburg. Samples found in 1970-1971 and 1980 were compared with the remains of 11 horses, six bison, and 12 modern elephants, including African (Loxodonta) and Asian (Elephas maximus), of different ages. Inspection of the teeth and bones of animals was carried out using a tenfold magnifying glass, a stereo microscope and a scanning electron microscope. To assess the chemical composition of the samples, the scientist combined the microscope with an electron probe x-ray microanalyser.

In total, the author received 860 digital photographs, 115 of which were made using a scanning electron microscope. Due to the permafrost in the burial ground, the fossils were well preserved and allowed to reveal various forms of bone disease in many of them. According to the results of the examination, 42 percent of the samples (644 bones) belonging to the mammoths had signs of destructive intravital changes, while the status of another 13 percent of the bones remains unclear, an estimate of about seven percent was impossible due to numerous mechanical injuries. Probably the majority of animals suffered from pathological changes of the spine, especially the cervical, thoracic and lumbar spines, and the destruction of joints, in particular osteoporosis. 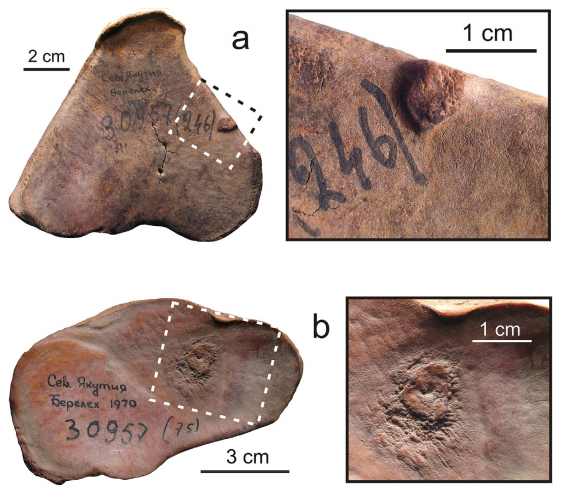 Exostoses on the semilunar (a) and navicular (b) bones / © Sergey Sergey Leshchinski, Quaternary International, 2017

According to Leshchinsky, osteoporosis is indicated, for example, by a decrease in the number of trabeculae with a thickening of spongy tissue, a significant expansion of the diaphysis of tubular bones. In addition, anomalies of the spine of mammoths indicate that they could have osteophybrosis (proliferation of connective tissue in the bone marrow cavities) and exostoses (benign cartilaginous or bone growths on the surface of bones). In a number of cases, such formations led to fusion of the vertebrae, similar to Bekhterev’s disease. Destructive changes also occurred in more than half the scapula, pelvic bones, in 30-70 percent of the ribs, hook-shaped, semilunar, navicular, cube-shaped bones, patella. The smallest frequency of damage was in long bones.

It is noteworthy that in many samples with signs of osteoporosis, a characteristic violation of the mineralization of tissues, including calcium-phosphorus metabolism, was recorded. Presumably, bone degradation could be caused by a lack of calcium or vitamin D in the diet of animals. Such deformations, according to the author, can not be explained by postmortem processes, which is confirmed by similar finds on the remains of mammoth populations from Northern Eurasia. In particular, previously anomalously large pores on the epiphysis and enlarged bone marrow cavities of the vertebrae were found in mammoths from the Krasnoyarskaya kurya (Krasnoyarsk Territory), Lugovskoye (Khanty-Mansiysk) and Gary (Sverdlovskaya Oblast) regions.