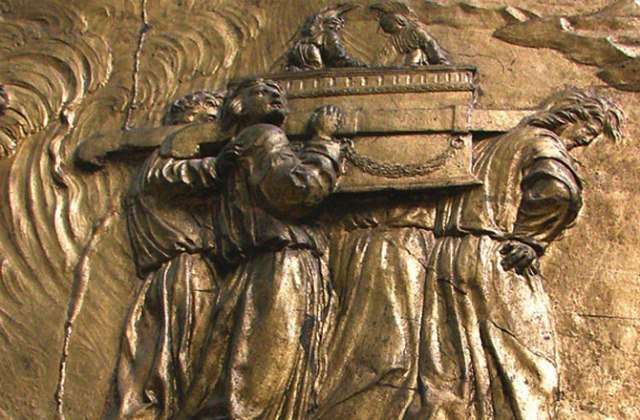 There is one extremely interesting episode in the old Testament (Bible, Exodus, Chapter 25, 26), is devoted to detailed and technical description of the portable sanctuary through which the supposed communication of God Yahweh (Jehovah) of the Jews, sailed in forty-year trek through the Sinai desert.

…And the Lord said to Moses: “Make an ark of acacia wood… overlay it with pure gold… And make above, around it a crown of gold….And make two gold cherubim of beaten work, shalt thou make them on both ends of the cover….

And the tabernacle, and the ark many times are found in biblical stories. But from time to time is no reason not to wonder: what are they? This work was assumed by English engineers Rodney Dale and George CESSON. And that’s what sensational hypothesis they did.

Even Erich von Daniken in his famous film “memories of the future” found in the biblical text description of the capacitor of large size. But why is he in the desert? Except as storage of atmospheric electricity. But in the desert storm will not wait, so it would be logical to conclude the biblical texts referring to a different independent source of energy.

To test his hunch, Dale and CESSON contrived to read the Hebrew secret of the “Zohar” (Sefer ha-Zohar). She’s hundreds of years passed from mouth to mouth as a secret commentary on the Talmud and Kabbalah, and only in 1290 were first recorded. What secret is so carefully protected by the Jews?

From the text of the “Zohar” was that in the tabernacle was something called old man. But it was not human and not even his mummy. The elder one was very strange — it consisted of a large transparent head with several skulls, which grew beard, nose, eyes, and the incredible size of his penis with the scrotum. But the hands and feet for some reason absent, causing the casket of the tabernacle with the Elder had to be transported from place to place specially trained people.

Inside the head was visible a light source of different colors and the brain, which, according to ancient texts, condensed “heavenly dew”. Extraordinary was the beard of the old man: her “hair” was very thick, grew from different levels of “face” and… ingrown ends in him.

Dale and CESSON suggested that the age — old man- there’s nothing like an Autonomous nuclear (or any other energy) installation. And she served a very specific purpose — grown food substance on the basis of Chlorella or a similar algae.

The production cycle lasted for days, and in the mornings, Wanderers received a portion of manna for the whole family. Once a week — on Saturdays — carried out machine maintenance (sacred seventh day!). In this day the manna was not synthesized, but the day before had given her a double portion, for which the designs were provided for the second drive.

These drives are the Creator of the ancient text, and named “scrotum”, taking the penis of a conventional dispensing faucet. Well, strange “hair” of the beard, it turns out, there’s nothing like a piping.

By the way, interesting guess on this part gives the researcher the unknown Unuk Alhaja.

“It is from the mentioned parts of the structure might have gone, and now known in some religions the rite of circumcision, — he believes. One of the unpleasant days of the accident “monoprovodu” — for some reason it is clogged at the outlet and to fix it had failed. Consulting the Lord, Moses took the radical decision to trim the end of outlet pipes. And it worked!”

So, as you can see, the traditional Jewish ritual probably hiding a very deep background…

Once a year, like any technology, machine for the production of manna demanded more serious maintenance — cleaning, lubrication Is the future holiday— the Day of atonement. Only in the original meaning of this day the car is cleaned from dirt and dust, re-greased… 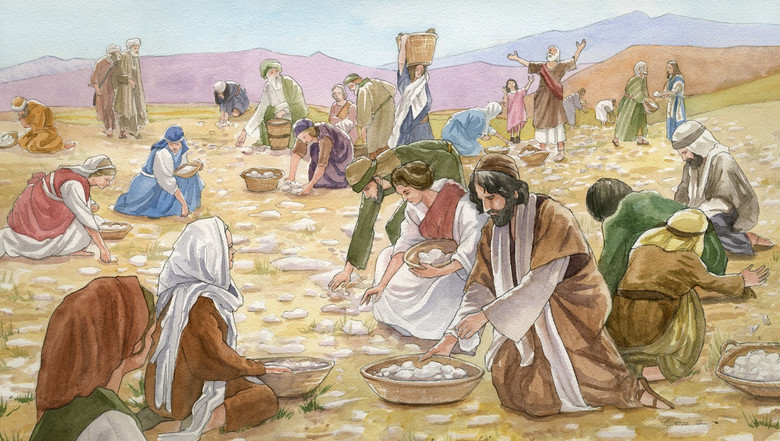 I must admit that the car was difficult and unsafe to handle. Therefore, the admission to work with her had only trained professionals — primarily Moses and his brother Aaron. Many bedspreads, Golden seal, the cover, as experts believe — all protection from radiation.

Besides the priest that serviced the car, had individual protection, also described in “the Zohar”. At the edges of the garment he had hung bells which rang continually in motion. And when the ringing stopped, assistants, who had strict instructions, immediately pulled the unconscious mechanics tied to the leg chain.

However, a nuclear accident happened in ancient times. As a result, the installation died the sons of Aaron — Padav and Abihu. “And there went out fire from the Lord and devoured them, and they died before the Lord.”

Perhaps a lethal dose of radiation he got, and Aaron died for no apparent reason, despite protective clothing. “And Moses did as. the Lord commanded….And stripped Aaron of his garments and put them upon Eleazar his son…”

Naturally, the question arises: where did the ancient Hebrews come from the nuclear installation? And the Bible gives the answer — in that place where it describes how Moses went to the Lord on mount Sinai. The Epiphany was with the noise of thunder, lightening, huge cloud. It seems that God descended from heaven in a space ship.

Besides, the priests serving the ark of the Covenant, or the age-old Elder, on the breast was pinned something that defies translation into modern languages (the”Urim and thum-MIM”), decorated with numerous multicolored glowing precious stones. By means of the “Urim and thum-MIM,” the high priest in very important occasions inquired of God.

Maybe gems really were the signal lights on the device of orbital space complex?

By adopting the “space” hypothesis, it is easy to explain and the whole episode with the 40-year wandering of the Jews through the Sinai desert. Some extraterrestrial civilization was interested in studying the effects on living organisms long-term use of synthetic food products, for example, long-distance space flights. 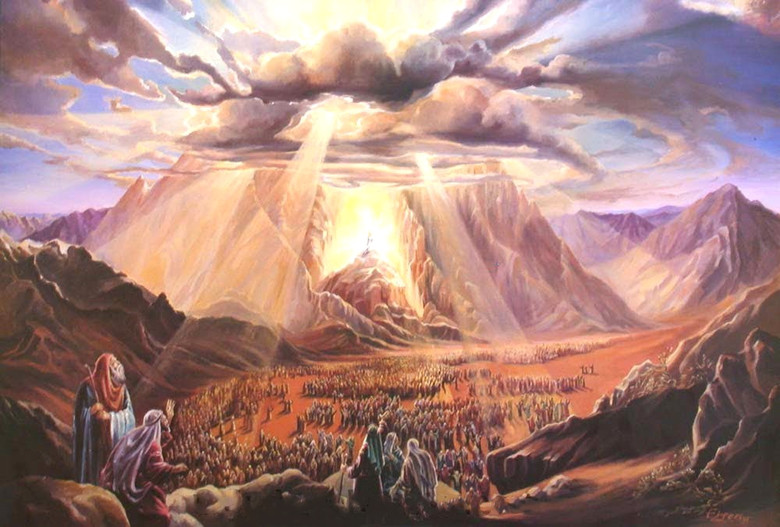 A closed group who lived in Egypt of Jews is falling for these purposes. 40 years in the desert, which can easily cross up to 3 weeks, needed to seen genetic consequences of the use of Chlorella in a few generations, without the influence of external factors.

Ultimately, the experience ended (apparently, the luck of the Jews came from the desert to the promised land, and Mann moved to pour in. Need for it was gone.

At the same time with a Century old man has ceased to function and the instrument of the “Urim and thum-MIM” for communication with God. This gave rise to despondency and the subsequent moaning about it is not clear what the sins – the cruel fate of the Jewish people.

Where did eventually disappeared but this amazing alien unit “for the future of the world”? Neither the Bible nor the book of Zohar does not give a clear answer to this question. Traces of it are lost during the destruction of Jerusalem (586 g. BC). The creators did not take her with them. It is known that the ark of the Covenant had managed to rescue from Jerusalem. Carried it to Ethiopia, to the city of Axum, once the capital of this state

Next, there are three versions. The first — the installation was completely destroyed as a result of military action. The second — Century Elder is hidden somewhere in a cave near Jerusalem. And the third space legacy and is now in Ethiopia or Sudan, likely as underground or in a mountain cave.

In the last two cases, the machine for the production of manna is not lost for humanity. Given that the half-life of radioactive elements used in nuclear reactors is thousands of years, it would be possible to look from space radiation anomalies at these areas. So, anyway, I think English engineers Rodney Dale and George CESSON.