Megalodon became extinct due to starvation 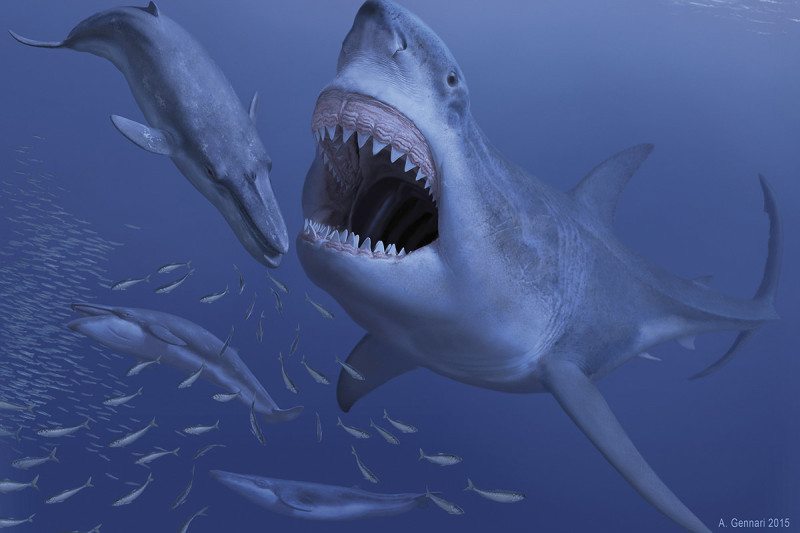 Scientists have suggested that with the beginning of the glacial period small whales that made up the diet of basking sharks, gradually died out, and larger species — for example, the ancestors of modern baleen whales, which benefited from a cold snap that turned out to be the Megalodon teeth.

Megalodon (Carcharocles megalodon) was the largest fish that ever plied the ocean. The age of the oldest found remains of these gigantic sharks is 14 million years, and they became extinct about 2.6 million years ago. The body length of the largest individuals of up to 16 meters, and the strength and breadth of the jaws, according to scientists, would have allowed the Megalodon to eat a car. However, they did not become the largest inhabitants of the seas: modern blue whales grow up to 33 meters, which is twice that of the largest Megalodon.

After having carefully examined the chips and scratches on the bones of marine mammals of the same age as Megalodon, paleontologists from Belgium, Italy and Peru concluded that Paleogene terminator of the seas, ate mostly small whales and other marine mammals. Uneven teeth Megalodon left burrs on the bones Piscobalaena nana is an extinct cetacean, the body length of which does not exceed 5 meters. Traces Megalodon teeth and discovered on the remains Piscophoca pacifica — a small fossil pinnipeds. 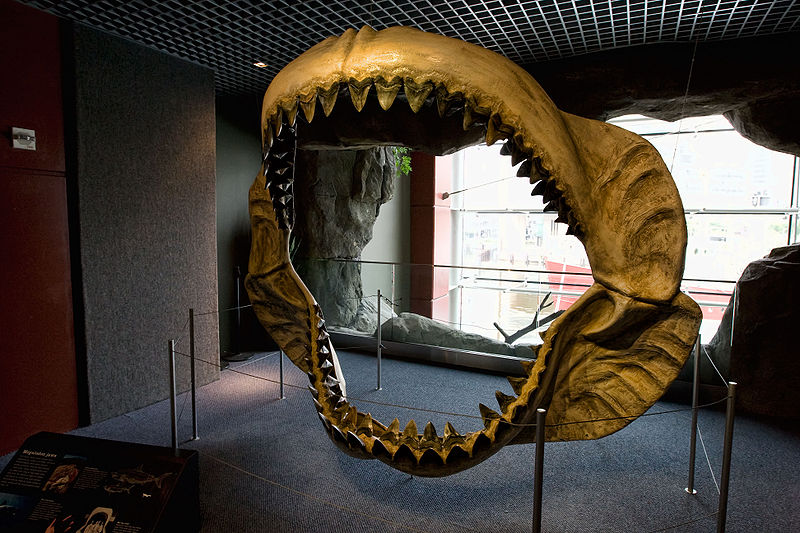 The jaw of a Megalodon

The authors of a study published in the journal Palaeogeography, Palaeoclimatology, Palaeoecology, specify that their data is not sufficient to be a comprehensive description of the diet of Megalodon. But if the monsters do eat small sea animals, their food preferences can explain their extinction.

Scientists explain their hypothesis: the approach of the ice age caused the sea to recede — some of the water frozen in the glaciers of the North and South poles. Together with the outlines of the continents has changed and ecosystems of coastal waters, where the gap between global glaciation flourished small whales are a favorite food of the Megalodon. However, these changes hardly touched the great whales, which prefer the open ocean.

Along with falling global temperatures changed way migration of plankton, and again the fate was favorable to large marine mammals — the ancestors of today’s humpback and blue whales, which due to the size and fast metabolism could make long sea crossings in search of food. For the Megalodon, it meant that all the loot had gone far into the open ocean. Cold-blooded, slow-moving sharks do not find food in the usual warm waters, and migrate to cold water could not. Former lords of the ocean could only find carrion and wait for the end, suggest the study authors.

Other studies explain the extinction of the Megalodon competition with carcharodon — modern white sharks.