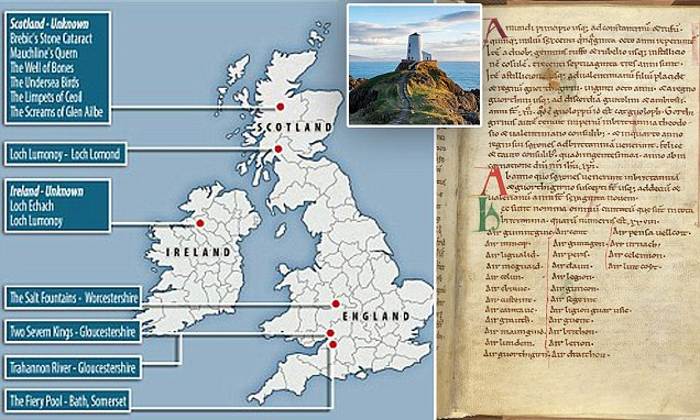 A British scientist is looking for medieval wonders on an ancient manuscript. And finds Andrew Evans uses the texts of 1000 years ago to study the wonders of Britain and to search for mysterious creatures.

The book “Miracles of Britain” was written by a monk between the 9th and 12th centuries, it contains a description of 26 fantastic creatures and various wonderful places. The professor of geography used these texts in his search.

Some of the places described now look quite ordinary, but a thousand years ago they aroused admiration. For example, the Bone well in the 19th century was known for the often found bones of birds and fish, and it was also described in the monk’s book. Now it’s just a crude tunnel.

Another Evans find is the Lynn-Lewan whirlpool, presumably on the Severn River. He studied the whole bank of the river, but found nothing surprising. But in 2006 he managed to find the alleged location of the whirlpool near the village of Karvent, it was drained in the 70s and now is a pasture.

“When I began to study early Welsh poetry, I was surprised how much of our heritage is excluded from the school curriculum.”