Mummification and hearts in urns draw a new history of Europe 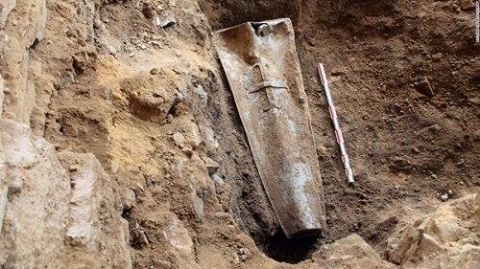 The history of burial in Europe during the Renaissance may be revised in connection with the discovered by archaeologists embalmed mummies, and extracted hearts. According to British specialists, this kind of burial is not like Christian, but clearly was of a religious nature.

British and French archaeologists over a long period have been able to find hundreds of graves that shed light on the process of burial in the middle Ages and the Renaissance. The most interesting was a lead sarcophagus with the embalmed bodies found by scientists at the French Institute for preventive archaeology in the Jacobin convent of Rennes in 2015.

The place itself was founded in 1368 and was primarily used for the burial of members of the aristocracy. The archaeologists were able to find nearly 900 burials Dating from the period of the age 14-15 and 16-18 century. According to scientists, the evolution of the right to burial in Europe occurred along with the transition from the middle Ages to the Modern era, accompanied by the process of secularization.

Of all the finds best preserved two mummies since the Renaissance. In addition, in the hands of archaeologists has been found 600 skeletons. Here, the researchers found five urns, which were kept in the heart, and five skeletons noticed traces of opening the skull. While scientists are trying to understand whether this was done in connection with the secularization and medical purposes or not, one assumption is considered to be undeniable: the burial of this kind was of a religious nature and took place in the period of transformation of orders of magnitude of burial.