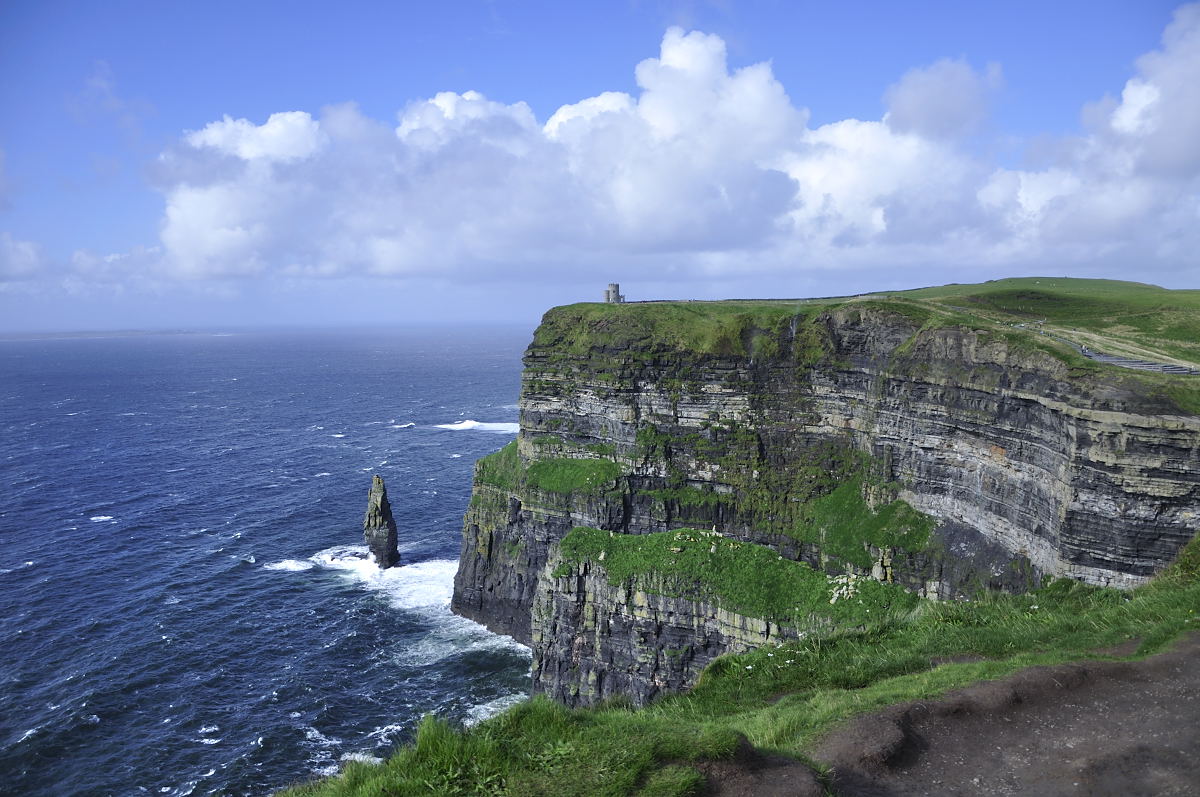 Separated from Europe by the waters of the Atlantic, Ireland has long been considered something like “flies in amber” – sometimes it seems that this island is literally frozen in time. Not only that, in Ireland you can find a lot of knowledge about pre-Roman past of Europe, this island has witnessed waves of immigration from around the ancient world, and few people know about Irish cultural links with many civilizations, even so remote as that of India. 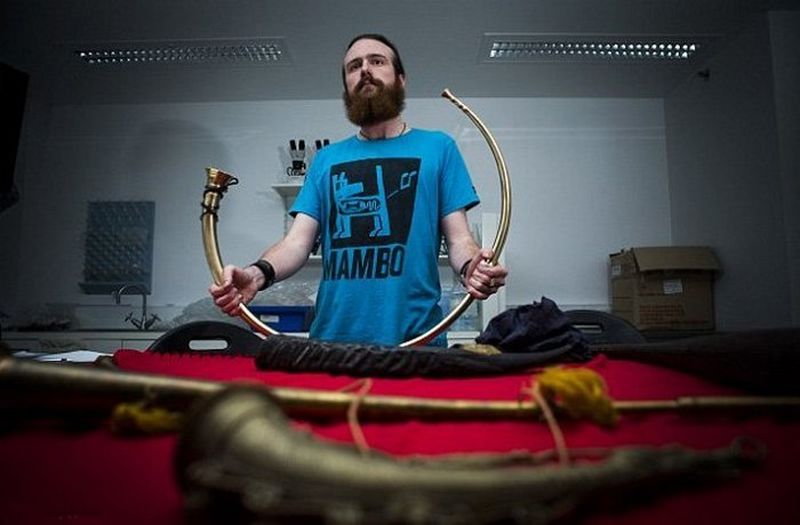 In 2016 a researcher who studies music Irish iron age, was shocked when he discovered that these traditions are still alive in southern India (as they previously were thought to be long extinct). So the ancient Irish music and its modern Indian counterparts have demonstrated a link between these cultures.

In 2000, Billy O Foghlu from the Australian national University found that the modern Indian musical horns in Kerala was almost identical with the prehistoric European horns. However, unlike its predecessors, the Indian horns are used as a tool that sets the rhythm, not to play the melody. 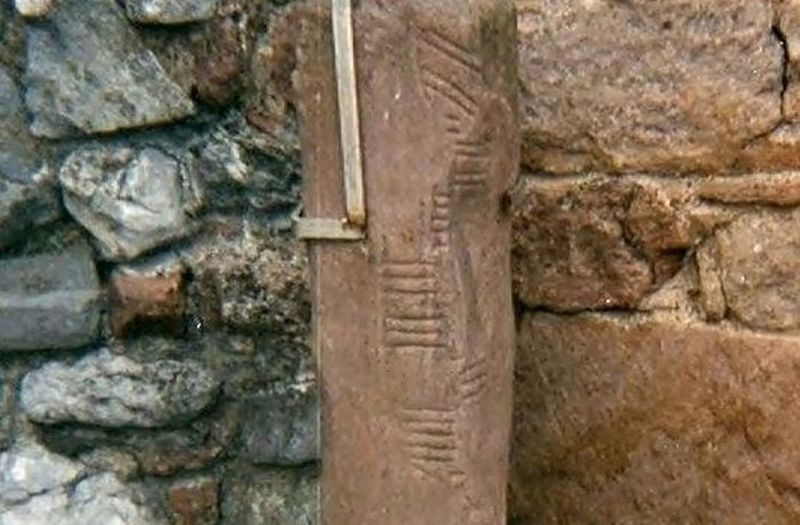 Letter Ogham is an ancient Irish alphabet in the form of Dever’s. From the Central “stem” to depart the dashes that represent different letters. Just “Ogham” is 20 letters, most of which are named after trees. To date, 400 have been found inscriptions made Ogham letter, and 360 of them are in Ireland. The earliest such inscriptions are dated to the fourth century.

However, linguists believe that Ogham letter was used in the first century, just cut it out on short-lived material, such as wood. Most of the inscriptions of Ogham letters were probably used on poles that marked out the boundaries of the property. But why is there such an unusual alphabet of mystery.

3. The cave of death 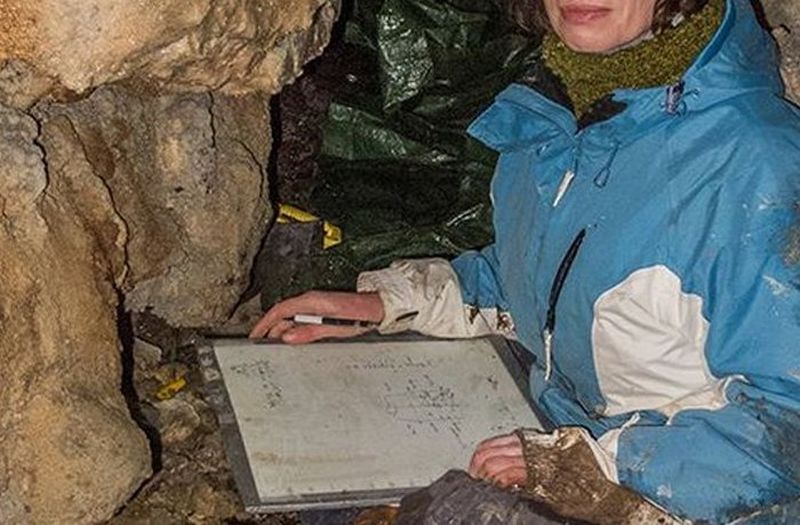 In 2014, archaeologists found traces of the ancient “places of death” in the hall of the mountain Noonari. During this practice, the dead body left decomposing in one place, and then bury them in another place. The team of Dr. Marion Dowd found 13 small bones and fragments of skeletons in a remote cave. They belonged to a man who died around 5,500 years ago, and the child, who died about 300 years later.

Dowd argues that a large number of small bone fragments proves that this place was left the bodies to decompose to skeleton before you bury them elsewhere. Where they buried the bodies themselves — is unknown.

4. The Posterity Of Niall 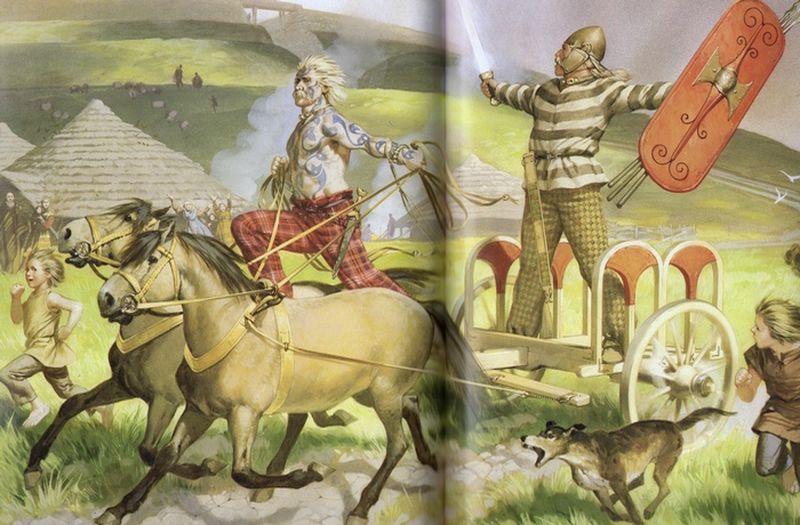 Ruling between 379 and 405 years too to Niall Nine Hostages was a mythical Irish king who, according to legend, was one of the most productive people in history. A recent analysis of the DNA showed that it could be true. Professor Dan Bradley from Trinity College found that three million people are descended from one Irish – perhaps it was from Niall. One in twelve Irish R1b1c7 male has a Y chromosome.

In the North-West of Ireland, where the rules of the dynasty Niall, this number increases to one-fifth. Also a large concentration of its descendants is observed in Scotland and new York. Some suggest that every fiftieth new Yorker with European roots comes from Niall. 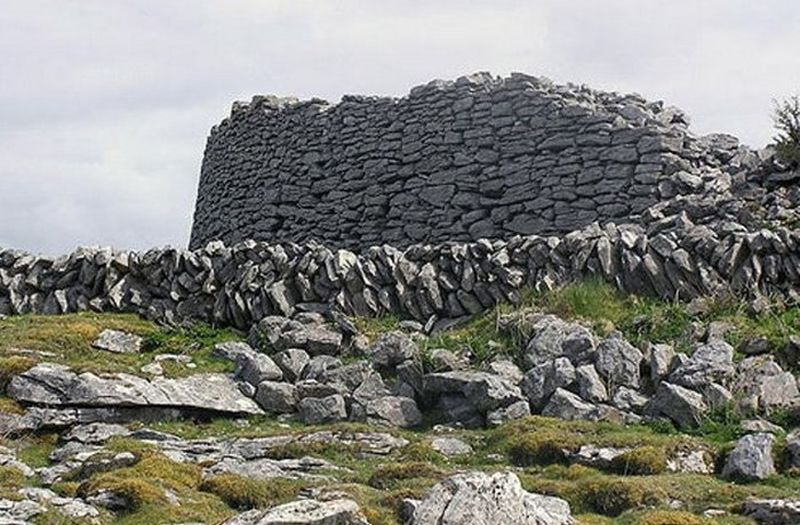 In 2014, County Clare, archaeologists excavated the grave in which were buried a woman and two children. One of the babies was from one to two years, and the other died shortly after birth. The woman was about 45 years old and she suffered from joint diseases. Radiocarbon analysis has determined that the burial was made in the period between 535 and 645 years — i.e. in the so-called “early Christian period”. However, the tomb contains many pagan elements. Also female children were not buried in consecrated ground, but buried in the stone “boxes” under the stony embankment.

6. The oldest human burial in Ireland

Archaeologists studying the oldest human burial in Ireland, made startling discoveries about the life of the early Mesolithic hunters of the island. Dated 7530 – 7320 BC the burial was located on the banks of the river Shannon in County Limerick. The tomb is unique because the deceased was cremated before burial. The researchers also found a polished stone axe near the burned remains.

Microscopic analysis showed that this tool is little used and has been deliberately blunted, it may have been a symbolic gesture, representing the death of its owner. Axe shocked researchers who previously believed that such tools appeared in Europe only with the advent of agriculture, after 3000 years after the burial.

7. The curse of the Celts 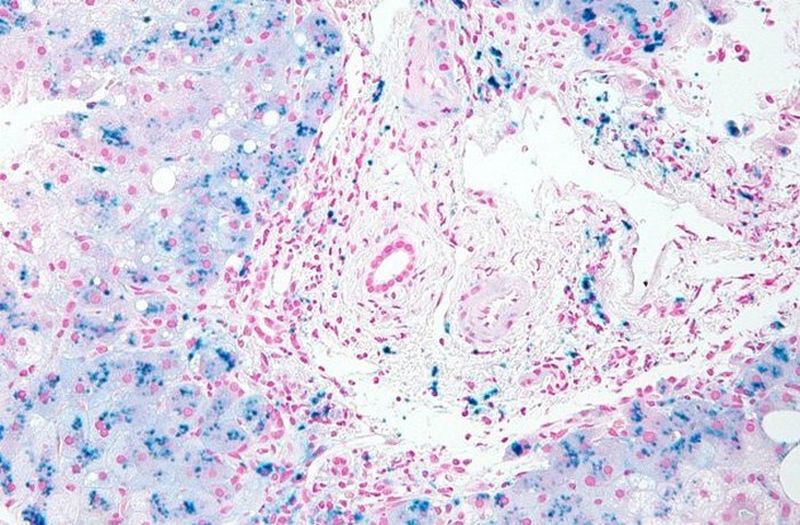 “Overloading the body with iron.”

Hemochromatosis is a genetic disorder that leads to excessive accumulation of iron in the body. “Overloading the body with iron” is so widespread in Ireland that became known as the “Celtic curse”. Genetic analysis shows that this mutation was brought to the island in the bronze age man whose DNA showed that he was a native of the Pontic steppes. The researchers compared the genetics of the Irish countrywomen of the Neolithic period (who died 5200 years ago) and men of the bronze age men, who died 1200 years later.

Have of dark-eyed brown-haired ancestors were clearly hunter-gatherers are predominantly of middle Eastern origin. People of the bronze age already had the genes of blue eyes (the most common Y chromosome in modern Ireland) was not as sensitive to lactose and had mutated C282Y gene, leading to the “Celtic curse”. Strong difference in genetics suggests that Ireland faced a period of strong migration. 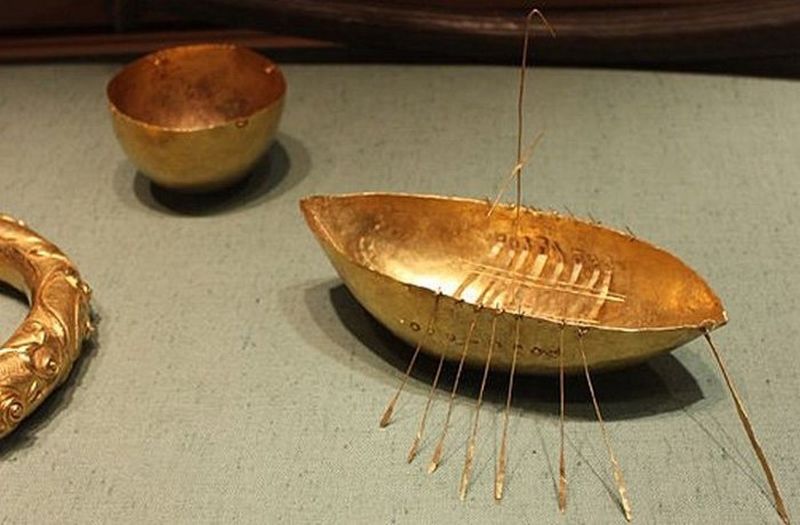 In February 1896, Thomas Nicholl and James morrow while plowing the field in Limavady, Northern Ireland have unearthed a real treasure. They brought the treasure home, having no idea that holding gold in the first century BC. Half of the treasure was sold to a local antiquary, in the second half of the jeweler.

The most famous part of the treasure was a Golden boat size 19 x 7.5 cm, which was made even two rows of nine oars, oarlocks, rudder and benches. Initially, the boat wasn’t a big interest, but today archaeologists believe that in fact the key to understanding the treasure. Some believe that gold was an offering to Manannan Mac LIR – God of the sea. 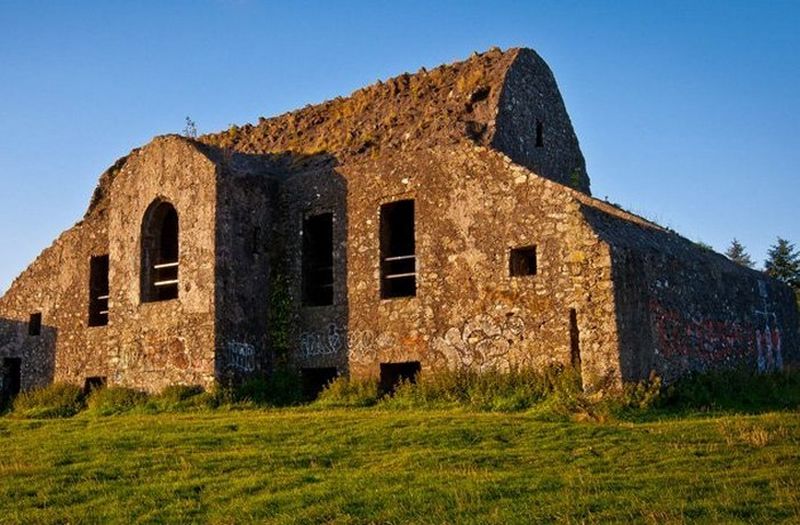 In October 2016, archaeologists have discovered an ancient passage leading to the tomb, under the “Hellfire Club” in Dublin. Jonathan swift once wrote about “the Hellfire Club” as “a hotbed of monsters, blasphemers and Libertines”. Designed for depravity and debauchery hunting Lodge, which opened this club, was built in 1725 for the politician William Connolly.

A team of archaeologists suspect that in fact lower levels of the tomb is still not found. At the moment, was discovered 5,000-year-old tools and a lot of burned remains. 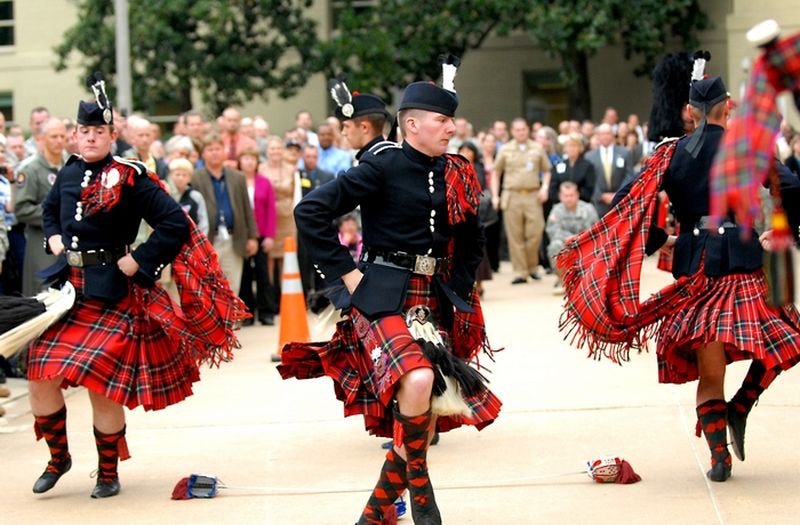 The mystery of Milesians, perhaps, never be solved. According to medieval Christian text “the Book of the capture of Ireland”, these Spanish Celts from Galicia, who conquered Ireland, got its name from the legendary Spanish Mile. “History of the Britons”, Dating from the IX century, also mentions Milesians, claiming that Miles Spanish became the father of the Irish Gauls. Despite the lack of archaeological evidence of the invasion of Spain in Ireland, the legend persists to this day.

More than 84% of Irish men have in the genes of the marker of haplogroup R1b. First farmers bearing the marker “G”, arrived in Ireland about 4350 BC However, about 2500 years ago, this line was almost destroyed and started Dating just 1% of Irish men. And “R1b” is very common in Northern Spain and southwest France.