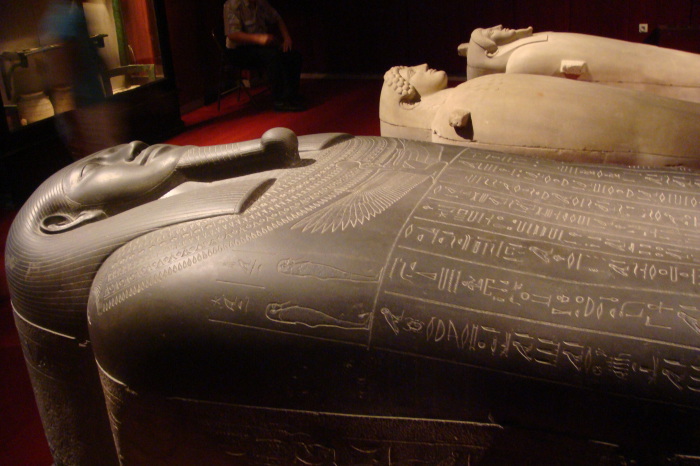 The word “sarcophagus” comes from the Greek word, literally meaning “flesh-eating”. These stone burial boxes were used for millennia in ancient Egypt, the Hellenistic world and the Roman Empire. Such graves usually was richly decorated, with not only images of the deceased, but also the images of their hopes, dreams and fears. These images often reflect the social and spiritual ideals, along with the cross-cultural stylistic influences. 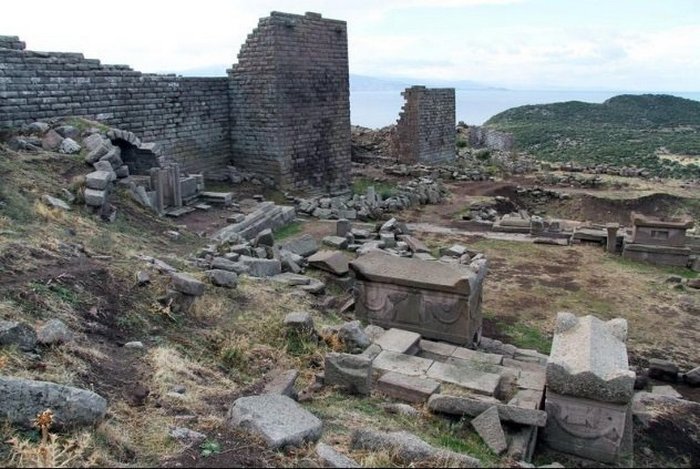 The ancient Turkish town of Assos is famous for its mysterious “flesh-eating” sarcophagi. Usually, the body expanded from 50 to 200 years, but in the sarcophagi of Assos corpse can completely decompose in just 40 days. These mysterious coffins made of andesite and researchers do not have a clue whether it is the stone the rapid decomposition. Others suggest that the cause may be the presence of aluminium in the composition of the sarcophagi.

The necropolis of Assos was built in the seventh century BC, but the first sarcophagus appeared two centuries later. Early burial fixtures have not been embellished, it was an ordinary stone cubic “box” with flat caps, on which was written the name of the deceased. The sarcophagi of the Roman era became more complex, with elegant carvings and inscriptions.

2. Mystery of the Pharaoh’s tomb KV55 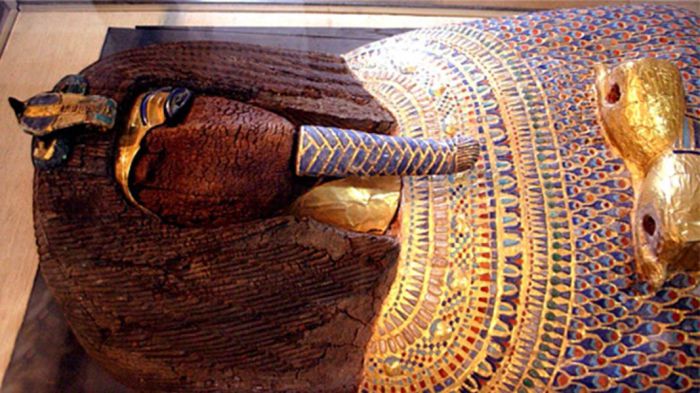 In 1907, archaeologists discovered a mysterious sarcophagus in the tomb KV55 in the Egyptian Valley of the kings. Until now, the identity of the person whose remains lie in the sarcophagus, remains a mystery. In the tomb, the researchers found four canopy-plated altar, furniture and one sarcophagus. The coffin was desecrated. Someone broke a decorative mask for the face and polishing off a cover with the name of its owner.

Some believe that the sarcophagus belonged to Queen Tiye. Others insist that it was the Pharaoh Smenkhkare. The prevailing theory is that it is the final resting place of Akhenaten. Researchers recently stumbled upon a long forgotten box in the vault of the Egyptian Museum in Cairo. It contains 500 sheets of gold, the skull fragments and a note in French, which indicates that gold was discovered in the coffin in KV55.

3. The sarcophagus of the child star 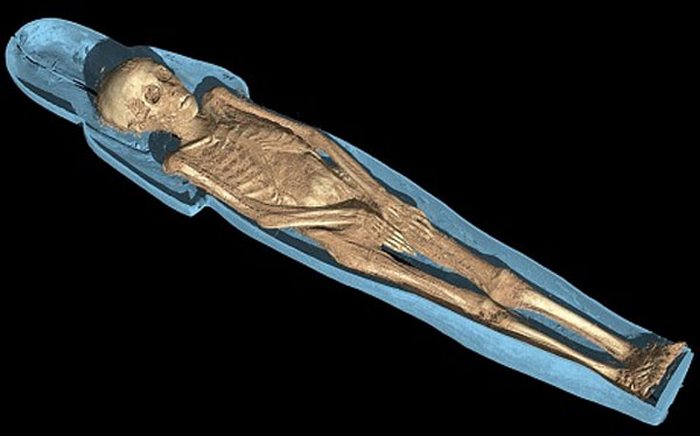 In 1888 the British Museum acquired the sarcophagus with the remains of an ancient child star. Seven-year Leasetime was a member of the choir of the pharaohs of ancient Egypt. Girl rising, a total of 122 cm were wrapped in painted bandages, her face was hidden by drapery and a gold mask before burial. To explore what was under the bandages, were used computed tomography.

Experts believe that the singer likely died from a very fast-moving disease such as cholera. Leasetime was too small for his sarcophagus, which may point to its hasty burial. Hieroglyphics and paintings on the coffin indicate that Diacetone had to play an elite role in the choir of the temple of Amun. The young singer was known enough person to deserve a burial, which could claim only the pharaohs and very wealthy people of ancient Egypt. 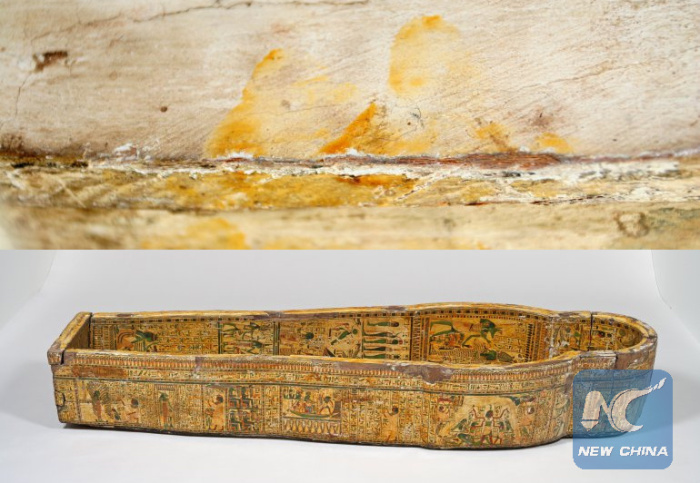 In 2005, researchers from the Museum of Fitzwilliam in Cambridge have discovered ancient fingerprints on more than 3,000 year old sarcophagus lid. Experts believe that these prints belong to the person who processed the cover to dry before varnish. The sarcophagus, which dates back to around 923 BC, belonged to an Egyptian priest by the name of Netpowersoft.

Ancient Egyptian prints that were found so far, dated to 1300 BC and was discovered in a fossilized loaf of bread in a tomb in Thebes. And the most ancient human fingerprints, a famous scholar, belongs to a child and was abandoned by him on the ceramic figurine on the modern-day Czech Republic about 26,000 years ago. And the oldest “pre-human” fingerprints age of 80,000 years were left by Neanderthal man on the territory of modern Germany.

5. The second opening of the sarcophagus 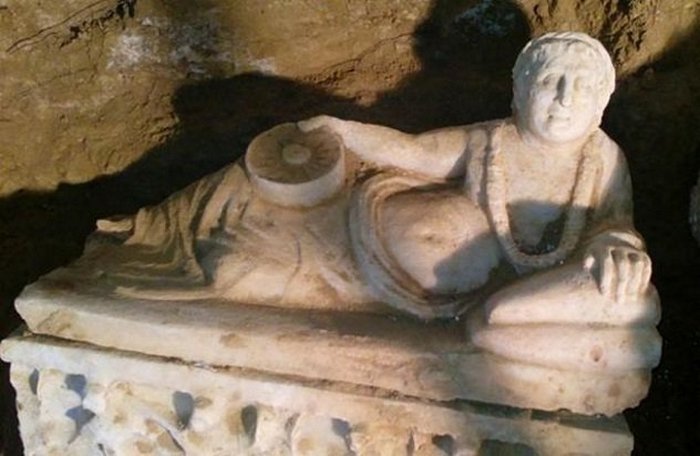 In 2015, the Israel antiquities authority announced the acquisition of the 1800-year-old sarcophagus, which was previously stashed by the builders to avoid delays in the construction schedule. 2.4-meter 2-ton limestone sarcophagus was found the image of a Gorgon’s head, cupids, heads of bulls, floral arrangements, and an image of a young man (as experts believe, in fact, who was buried in this coffin). Dating from the third century ad sarcophagus was found in Ashkelon – an ancient city that was home to Jews, Samaritans, and Romans-the Gentiles.

6. The sarcophagus of the silk road

In 1999, archaeologists discovered a white marble sarcophagus, which reflects the degree of cross-cultural interaction along the ancient silk road. Found in the Chinese province of Shanxi, the tomb belonged to Yu Hong and his wife, who was buried some time between 592 and 598 BC. The sarcophagus resembles a house with a typical Chinese roof. 4200-pound structure was installed on the lions. On it you can find symbols of different religions from the winged men of Zoroastrianism to the Buddhist the Lotus flower.

Yu Hong was a Chinese diplomat working in the VI century in Central Asia. DNA analysis showed that he was a European, with the result that some experts believe that he was soliditem. On the basis of availability in the sarcophagus of coins of the Tang dynasty, archaeologists believe that the grave was robbed sometime between 618 and 906. 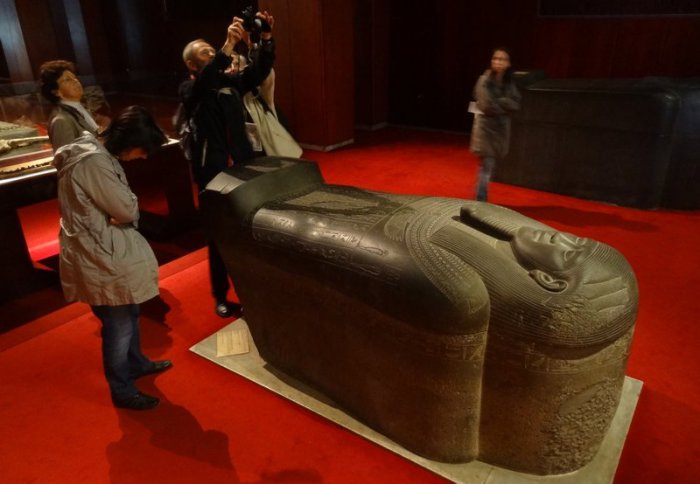 In 1887, was discovered a sarcophagus, which is considered one of the most interesting artifacts of the mysterious Phoenician culture. Dating from the V century BC sarcophagus belonged to Tabnit, the priest of Astarte and the Governor of Sidon. The coffin contained an oily brown liquid, which actually contained the remains of Tabnit. The autopsy showed that Tabnit died at the age of about 50 years from smallpox. The entire coffin was covered by the mysterious “mixture” of hieroglyphs and the Phoenician script.

8. The hieroglyphs of the high priest 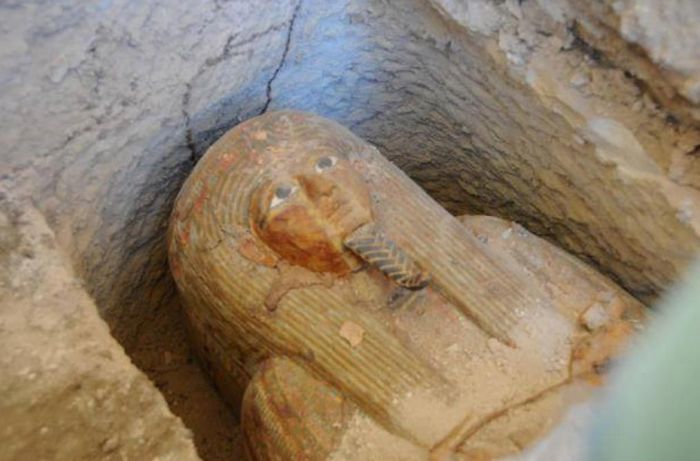 In 2015, the archaeologists discovered on the West Bank of Luxor, the sarcophagus of the high priest of Amun-RA, covered with mysterious hieroglyphs. The wooden sarcophagus, Dating from the times of the 22 dynasty (943-716 years BC) was found in the tomb of Amenhotep-heavy, the Egyptian Viceroy in Nubia during the reign of Pharaoh Amenhotep III (1391-1353 BC). The deceased man’s name was Ankh-f-n-majority. On the front side of the sarcophagus, he is depicted wearing a wreath of flowers and ribbons, necklace and wig, ceremonial beard. On the walls of the tomb were found the images of figures in Nubian clothes. 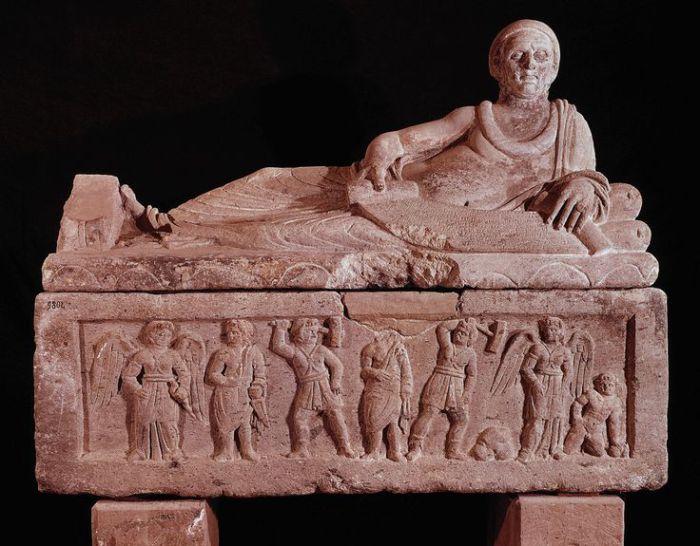 In 2015, the Italian archaeologists unearths an untouched tomb discovered two sarcophagi that shed light on the mysterious Etruscan civilization. A farmer accidentally unearthed a 2400-year old tomb near Perugia during the ploughed his field. The sarcophagus made from alabaster and marble, and contains a male skeleton. It has also been discovered long inscription of unknown content (the Etruscan language has not been deciphered). The Etruscans flourished in Western Italy around the Tuscan countryside between 900 and 500 BC At the time, how they gave a writing, wine-making and road-building work in much of Europe, Etruscan very little is known. 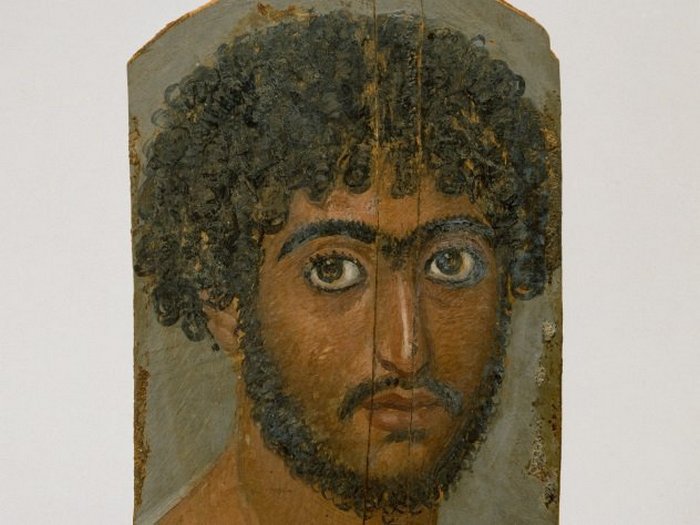 Portrait of a mummy, attached to the Roman-Egyptian sarcophagus, is haunted by archaeologists since its discovery. Dating back to the 170 — 180 years B. C. the image of the deceased bearded man is a real mystery. Many scientists believe that it was Byzantine. So far they had found about 900 mummy portraits that have appeared since the time of the occupation of Egypt by Rome in the first century BC and remained popular for about 200 years. These portraits were painted on wooden boards and attached to the sarcophagus in the center of the head of the deceased.