Mysteries of the mound Sineus 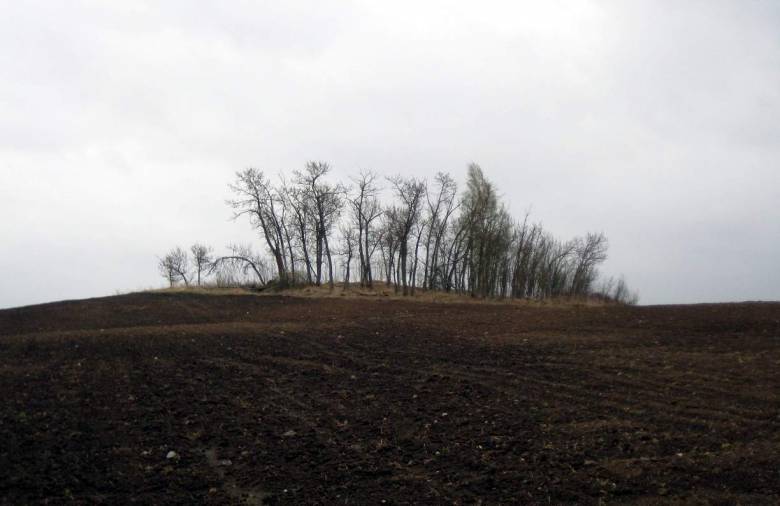 Mound, which, according to legend, is buried the legendary Vikings Sineus, who came together with Rurik to rule Rus, is located in the Vologda region, near Beloozero.

Historian N. M. Karamzin wrote in his “history of the Russian state”: “Rurik arrived in Novgorod, Sineus — in Beloozero, in the region of the Finnish people of the villages, and Truvor — in Izborsk, the city Krivichi”.

Another Russian historian S. M. Solovyov find the following: “Gathered three brothers with their relatives, took with them all the Rus and came. And sat senior Rurik in Novgorod, and another Sineus — in Beloozero, and the third, Truvor — in Izborsk”.

Sineus, which got its name because of the bluish-black color mustache, the people loved. After he died, locals still remember for a long time and guarded his grave.

The body of the Vikings was brought to the shore of the White lake, the water of which was considered sacred. According to legend, Sineus, like Rurik, was buried in silver chain mail and precious weapon in a gold casket together with the horse.

According to historical records, the first excavations of the Kurgan tried to make Tsar Ivan III. His orders were dug test pit 4, through which removed some items.

After making sure that the mound is indeed the grave of the celebrated the outsider, the king ordered to dig pits so that the mound remained intact, and to guard it from the encroachments of treasure hunters. Because, according to legend, to open the mound will only be possible in the worst of times for Russia.

After the October revolution of mound Sineus first tried to demolish. Thus was destroyed half of a hill. In the centre of the remaining part was decided to dig a cellar and make it a vegetable store.

However, the new potatoes in the cellar very quickly deteriorated and began to emit a stench all around, and the frame is rotted and collapsed. On top of the mound formed a big hole.

The people believe that disturbed the spirit of Sineus since then, wandering the neighborhood, trying to lure people into the pit on top of a hill. Say that since that since the revolution a century there were dozens of corpses extracted.

However, occasionally, there are daredevils who are trying to dig up the mound in search of untold treasures. However, as only deepening the pit on top, treasure hunters began to tunnel, she immediately filled with water, covering treasure hunters head. 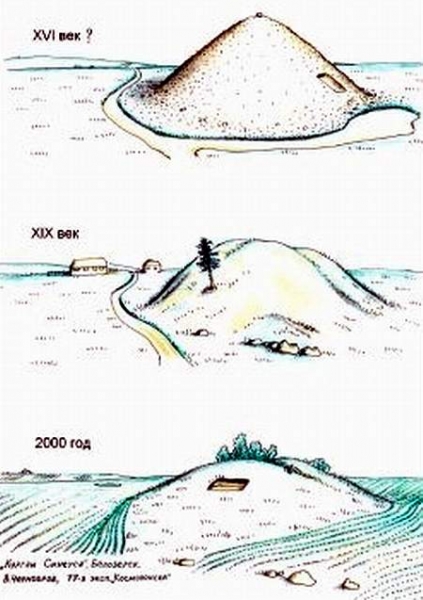 One of the witnesses, Peter Z., since then even comes close to the mound, calling it a cursed place. He told me that all the time, while they partner Nicholas deepened the pit, he had the strange feeling that someone was watching. And then the pit suddenly began to fill with water.

It happened with such speed that Peter Z. barely managed to get out of the tunnel. His partner was not so lucky — he drowned. Showed treasure hunter and items that managed to find during the excavation of the mound. Most of all they resembled the parts of some unknown mechanism.

In 2011, for the investigation of the mound was collected by the expedition from the Association “Kosmopoisk”, which was led by Vadim Chernobrov.

To begin with, the researchers collected data on barrow from local residents. They talked with Petr Zakharovich. Then mound it was decided not to excavate. On top of it by means of iron pins took a few holes with a length of about 1 m, which immediately filled with water.

Then the same procedure was done at the foot of the mound. The effect was the same. Water samples showed that it is large content of silver ions, that is, inside the hill is indeed a treasure consisting mostly of silver items.

“It means silver on the inside of the mound — the thousand, — says Chernobrov. — Means, any treasure will be there. Whose are they, what kind and how there was yet an open question”.