Mysterious ancient fortress on an island in Siberia 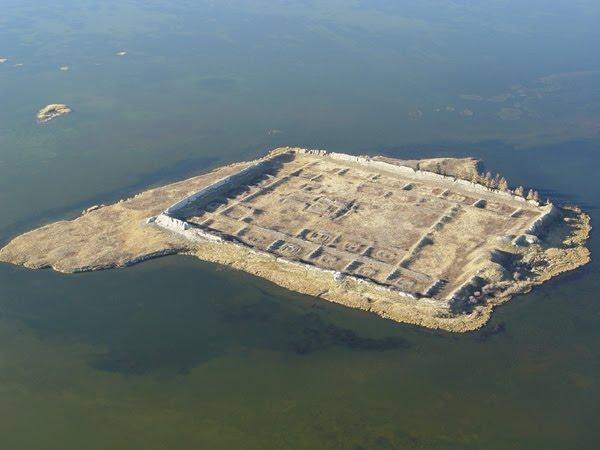 To the Republic of Tuva, almost on the border with Mongolia, in the mountains at an altitude of 1300 meters above sea level, there is the Tere-Khol lake.

Mountain water body, which in Russia can be counted thousands. But it is unique because in the middle of it on the island there are ruins of an ancient fortress.

The fortress of Por-Bazhyn (in Tuva – “clay house”) on Lake Tere-Khol was built in the middle of the VIII century by the order of the head of the Uighur kagan Eletmish Bilge-kagan. In 750, he came with troops to the territory of present-day Tuva with the aim of capturing it. In order to gain a foothold in the conquered territory, he built a fortress. Its walls reached a height of ten meters. The central palace, which stood on a high platform, belonged to Eletmish Bilge-kagan himself. Ancient builders had to build thousands of tons of clay and burnt bricks.

The monument has a complex architecture – inside the right rectangle is a whole labyrinth of buildings, reminiscent of a Buddhist or Hindu mandolus.