The manor of Nikolskoye-Serenity located in the Tver region of Russia, Torzhok district, and there is in it, besides other interesting architectural structures, one the most mysterious – Pyramid-cellar, built at the same time, like all other buildings of this unique manor house in 1789.

The construction of his mansion N.. Lions began in 1780. Its nest – Serenity architect N.. The lions have arranged fully to your liking. Called lions manor its name and the name of his patron Saint Nicholas – Nikol’skoye.

Your home Nikolai equipped with the innovations and amenities. For example a pit inside of the building, water engine supplied water to the first floor, and heated the house via the air system. Fireplaces were also special devices through air vents in the outside wall of the building incoming fresh air passing through the coil of the fireplace, it is heated, then through the channel was received in a kind vases filled with rose water that stood next to the fireplace.Through the lattice vases of fresh, warm, fragrant air filled the room.

The architect has created his own design of the cookstove for heating adjacent spaces. Long before the advent of water heating Lviv invented the steam kitchen steam cooked meals, washed dishes, rotates the rotisserie.

Pyramid -cellar in St. Nicholas three-tiered. The top tier is light and the ventilation chamber, the second ground, it is a kind of pavilion. The lower tier of the pyramid glacier, it has a private underground arched entrance. The glacier used natural ground water, promerzanie in winter in underground pit storage to the bottom thanks to an ingenious ventilation system. 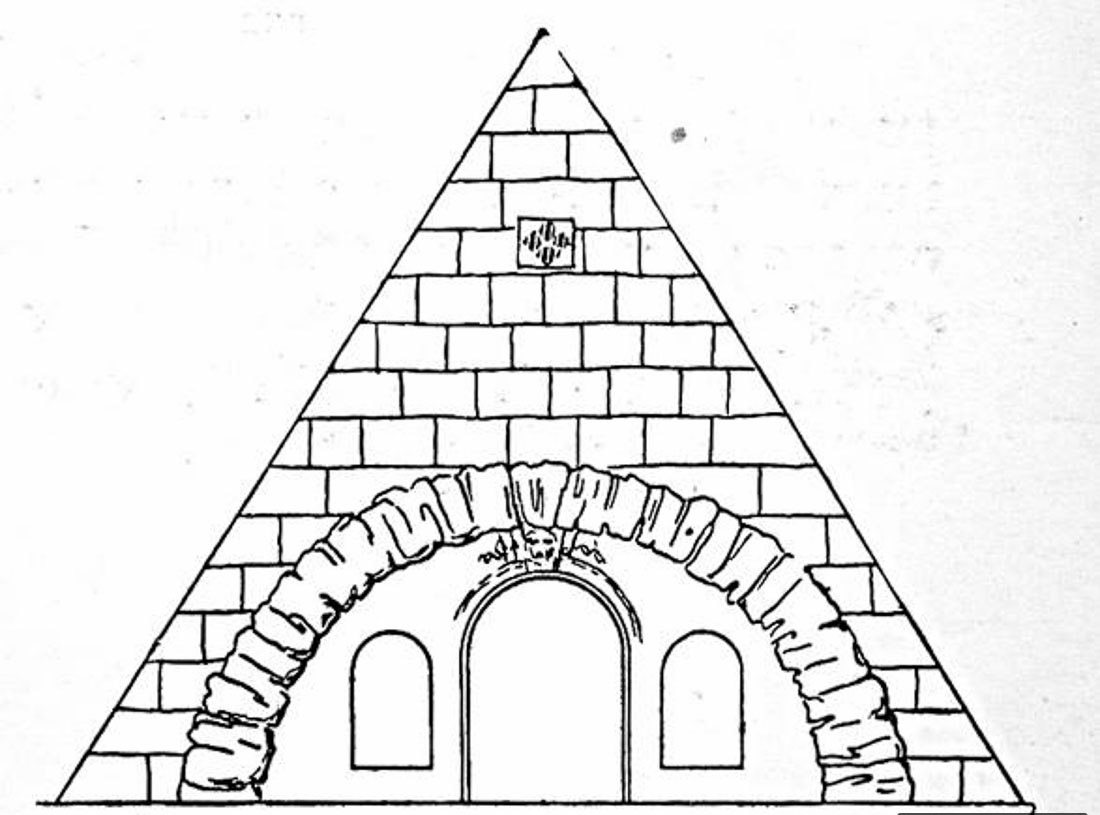 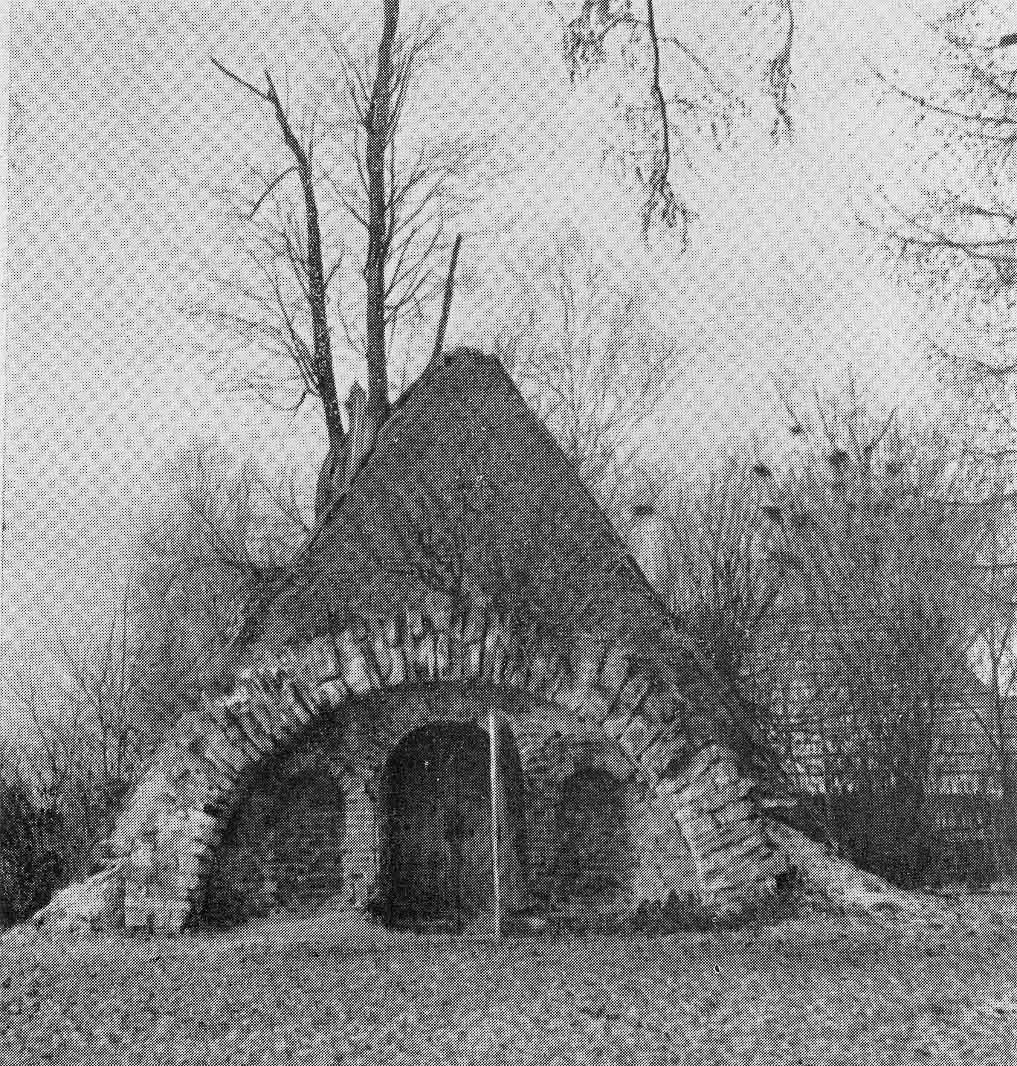 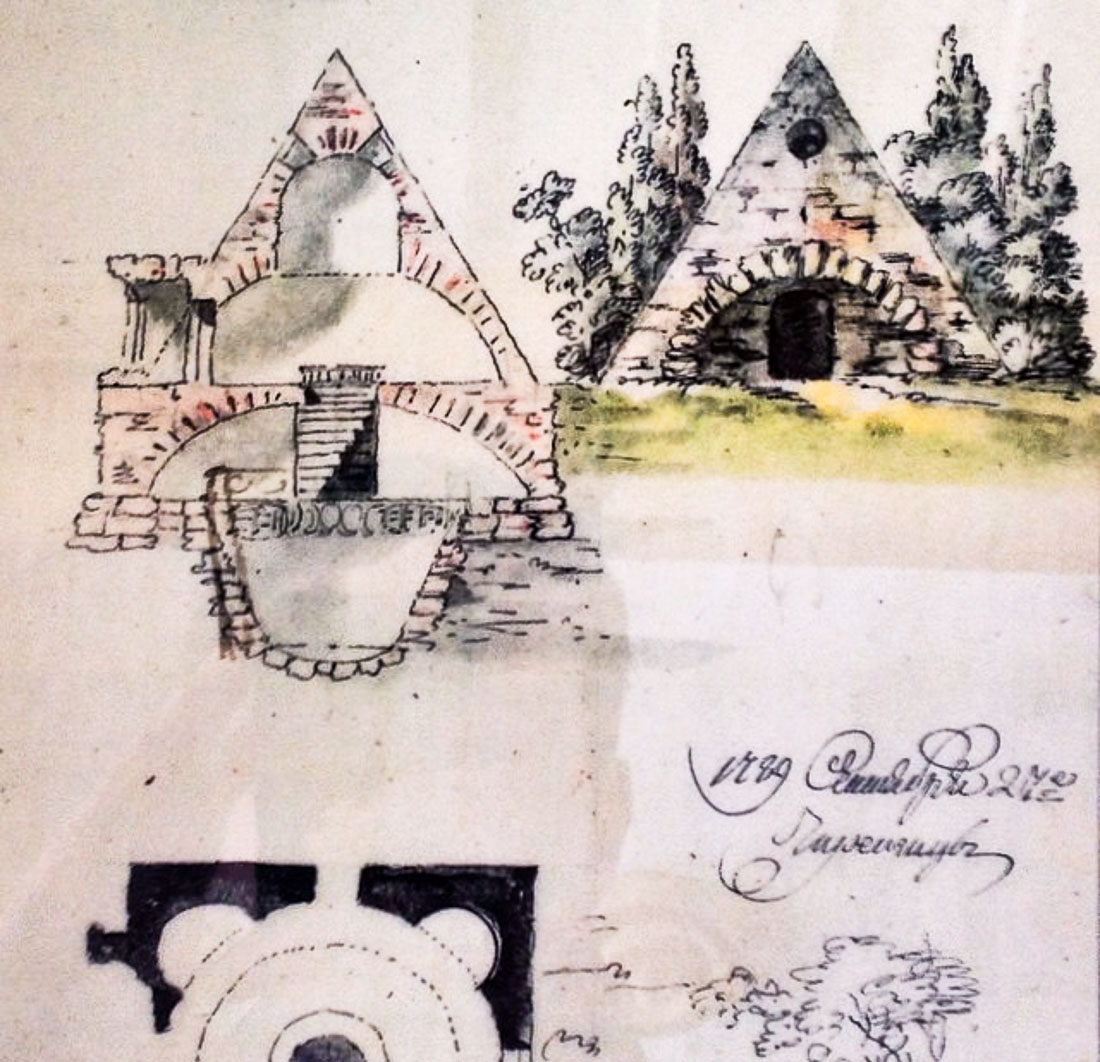 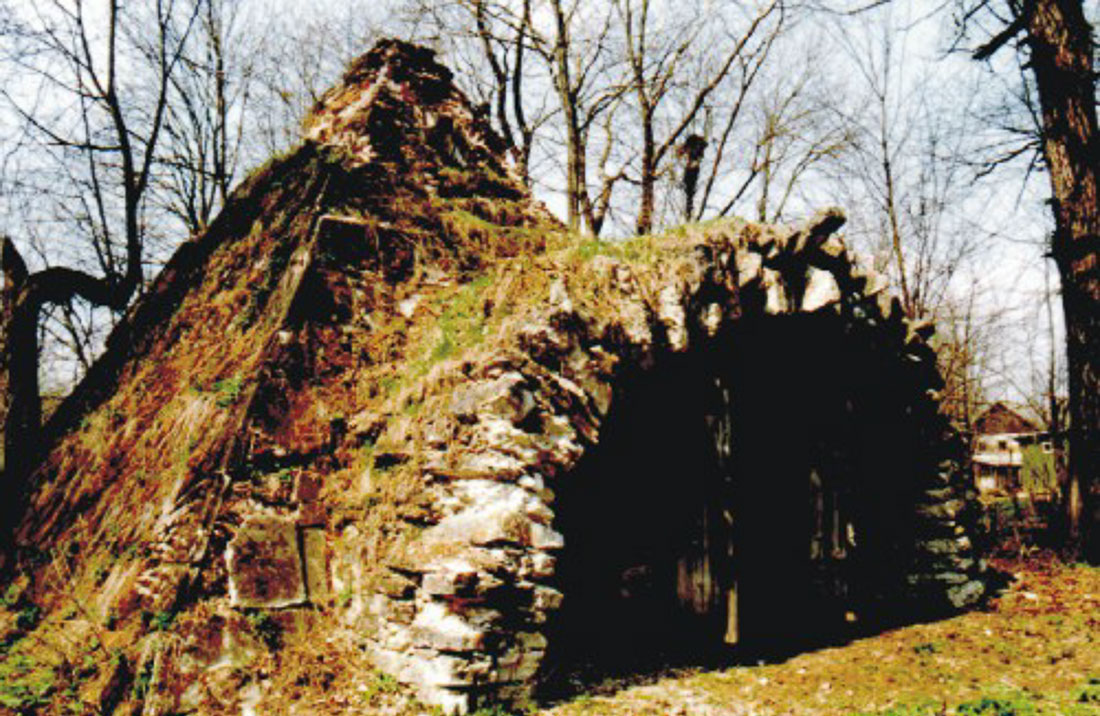 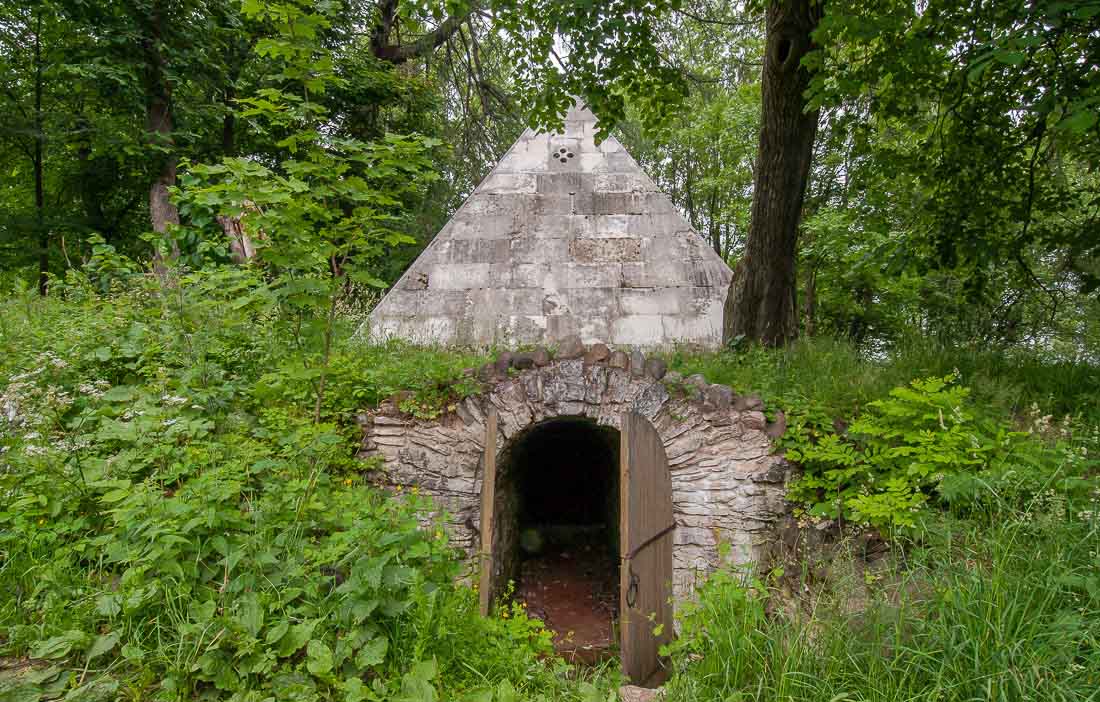 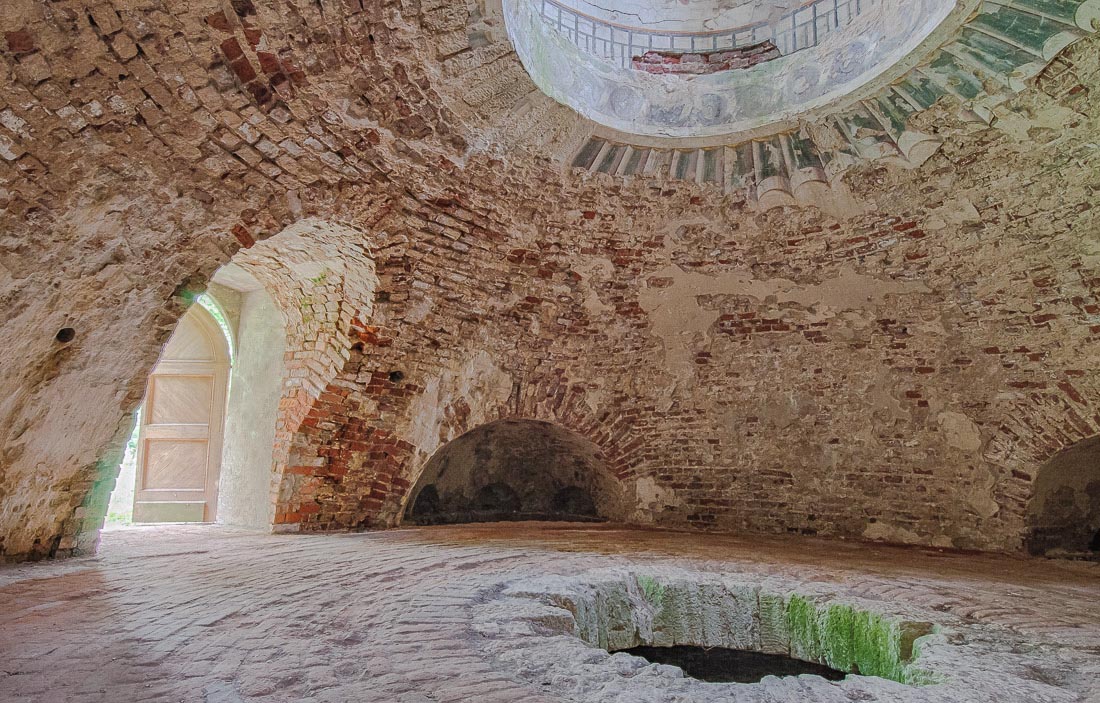 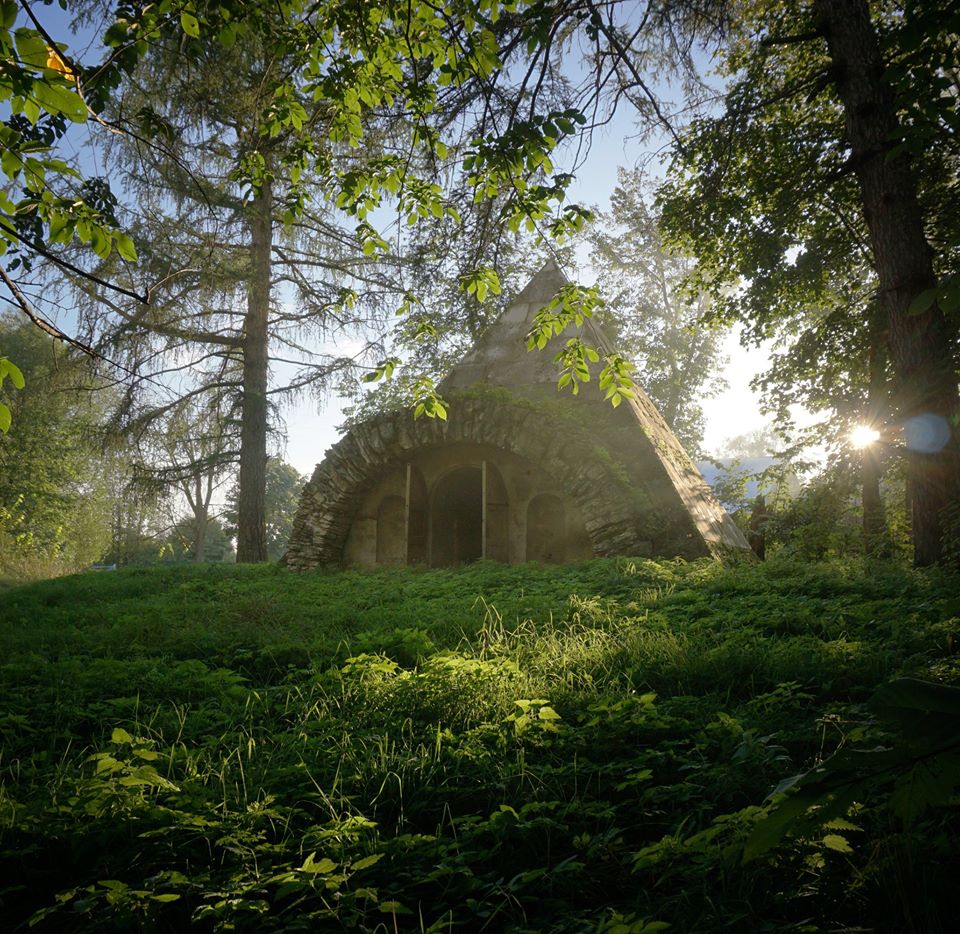 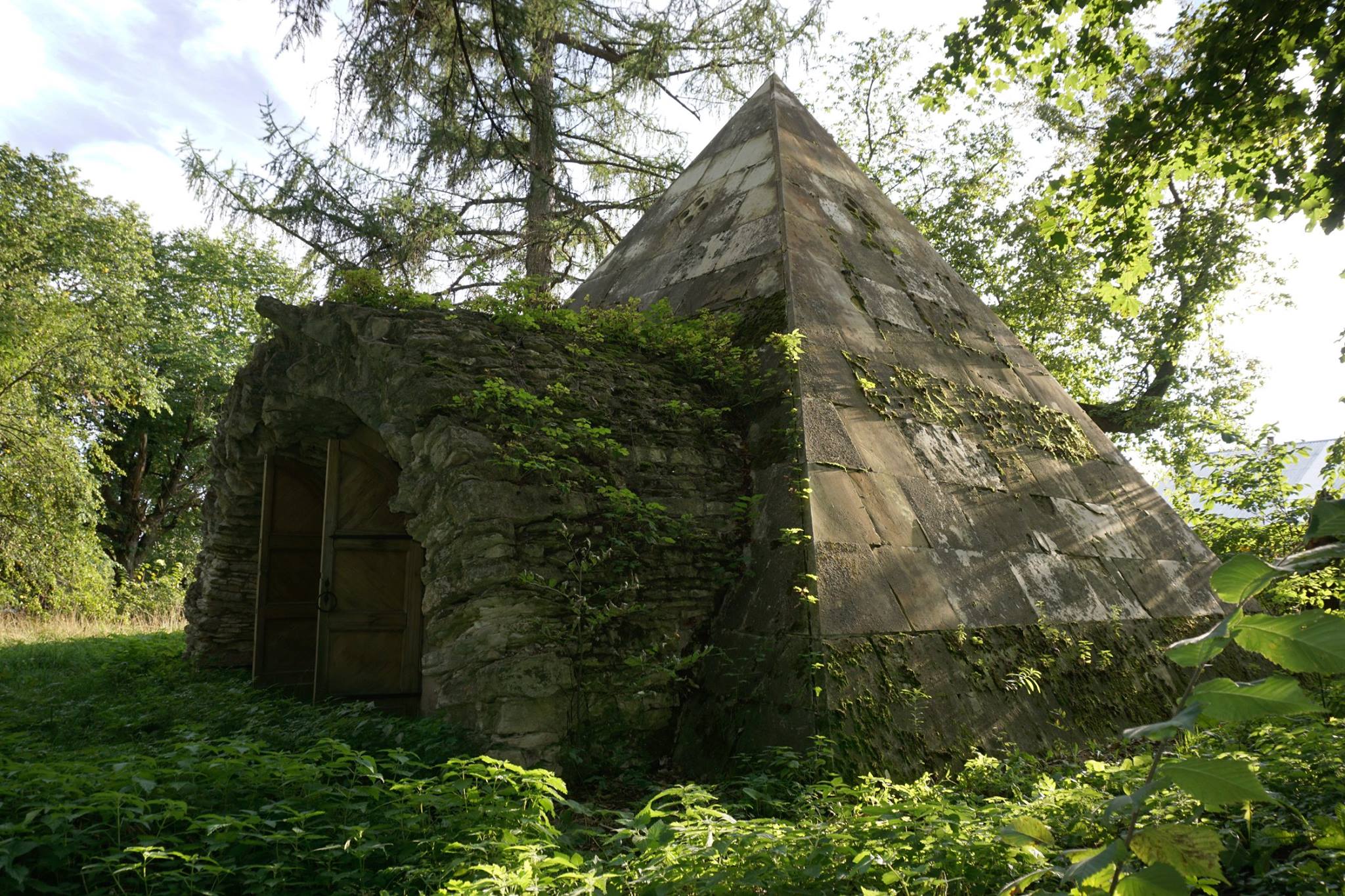 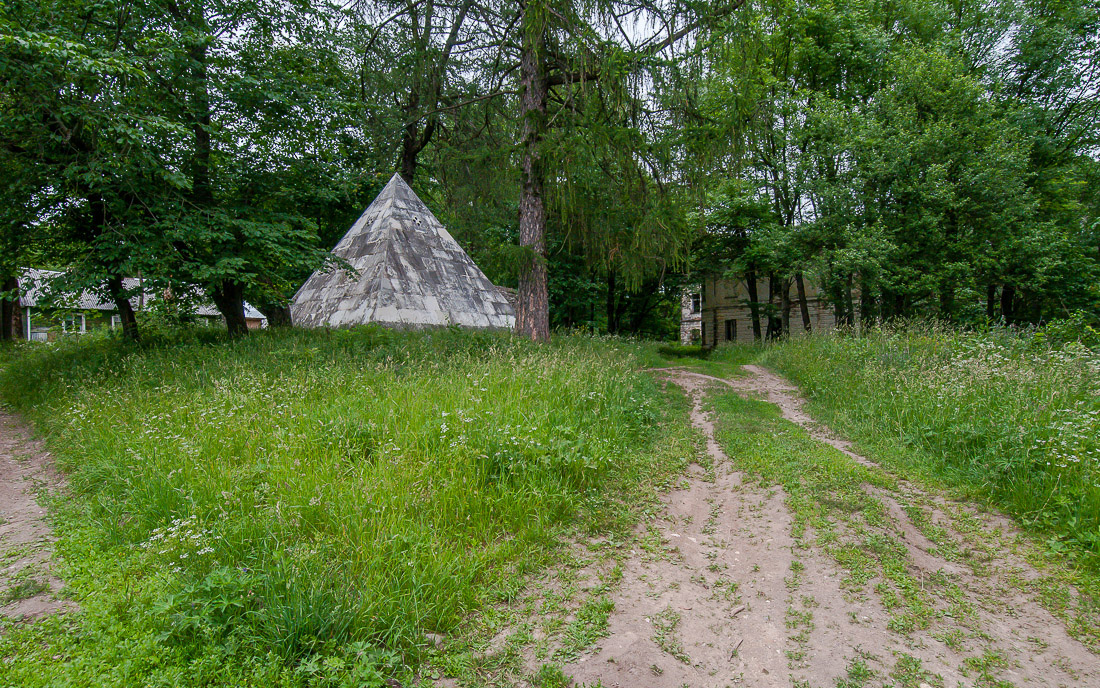 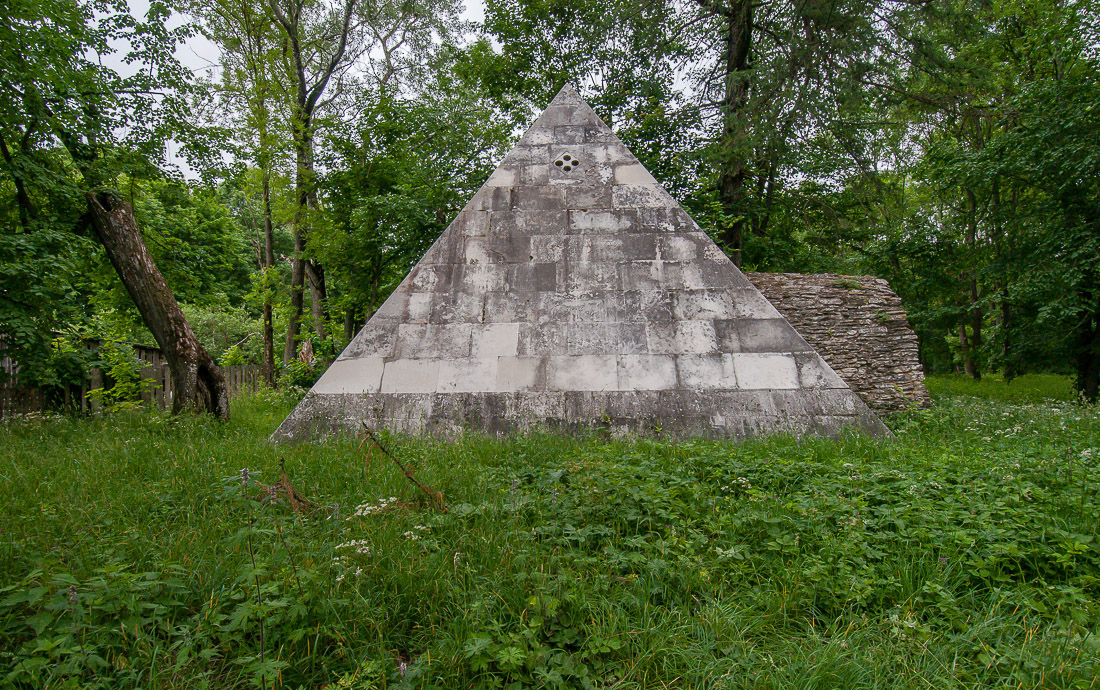 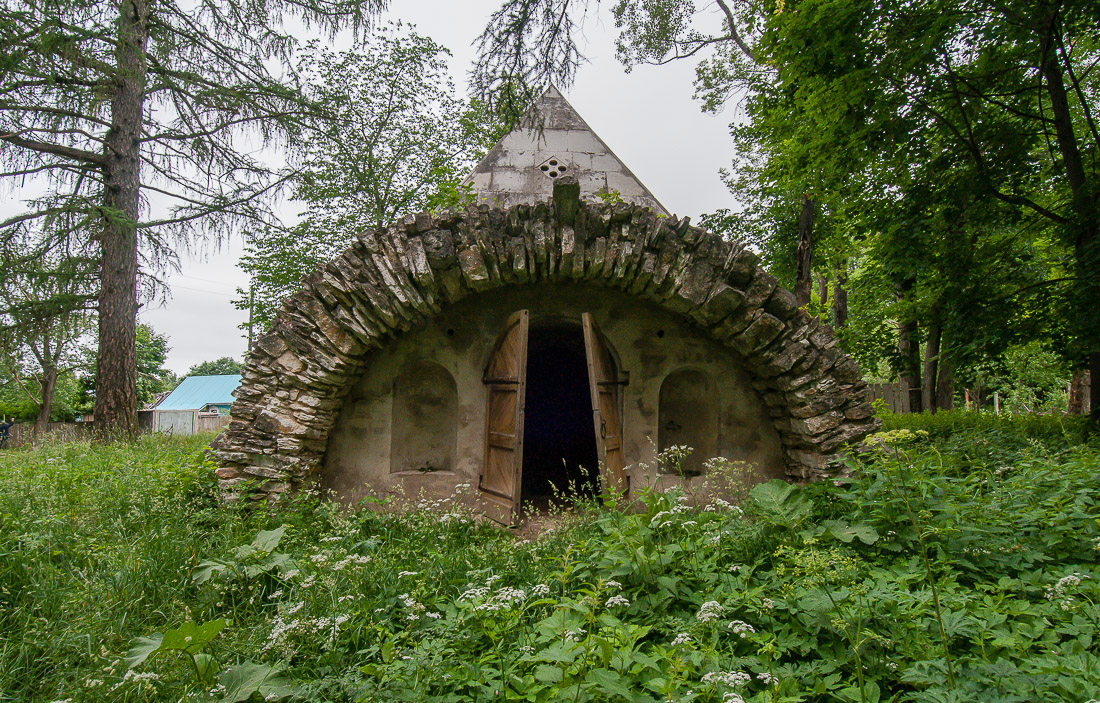 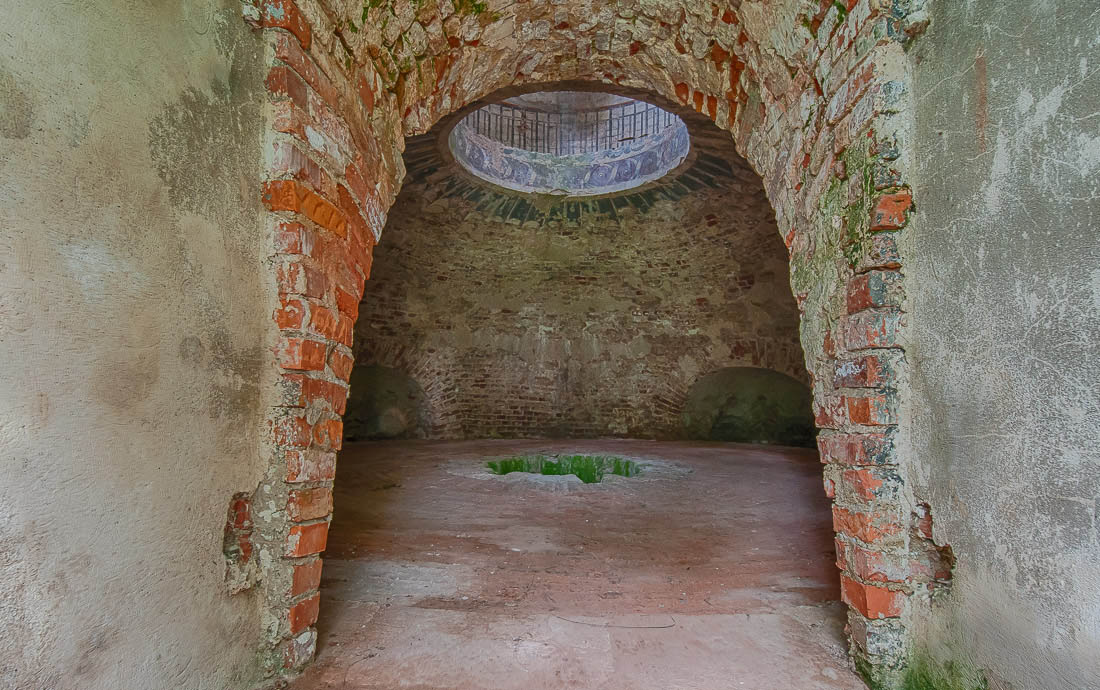 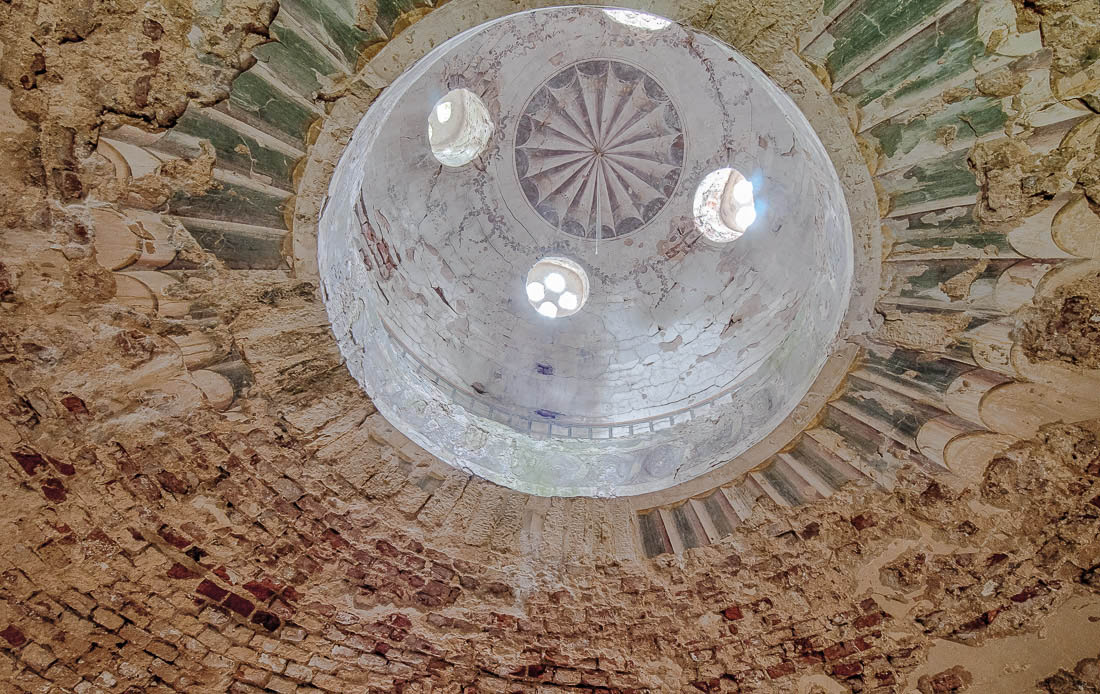 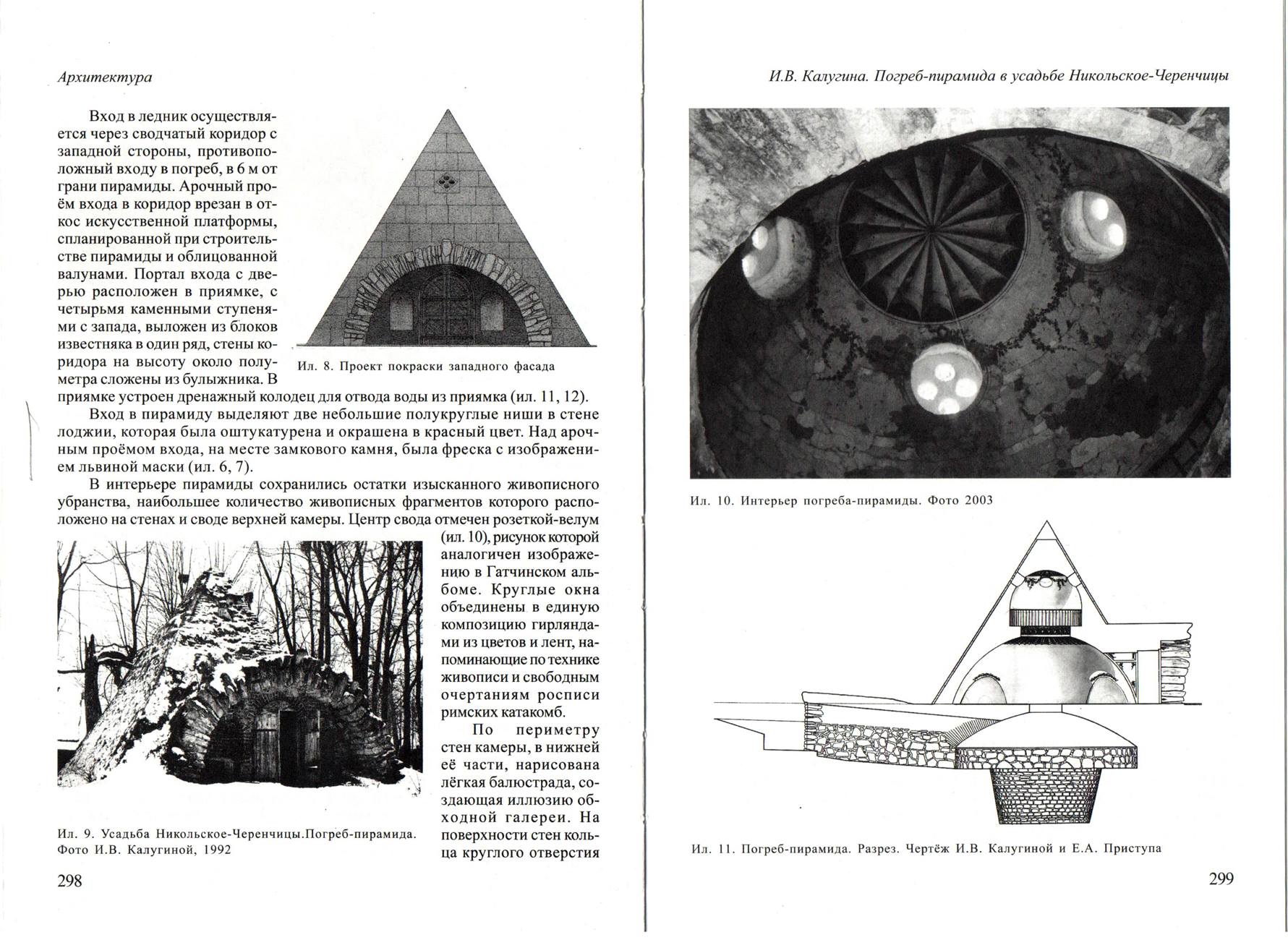 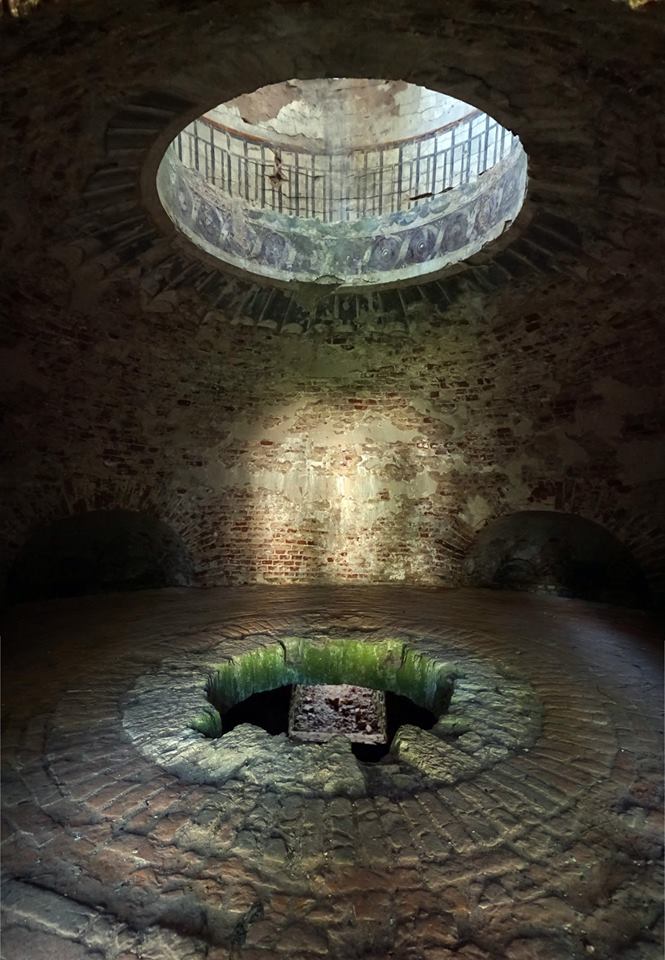 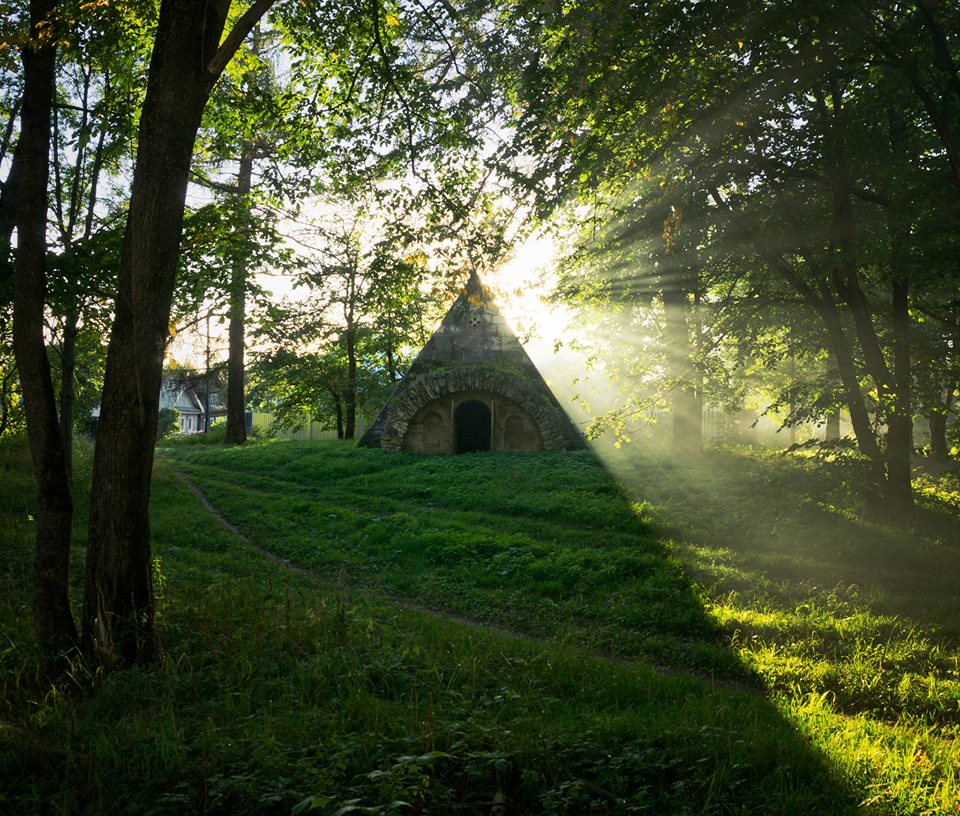 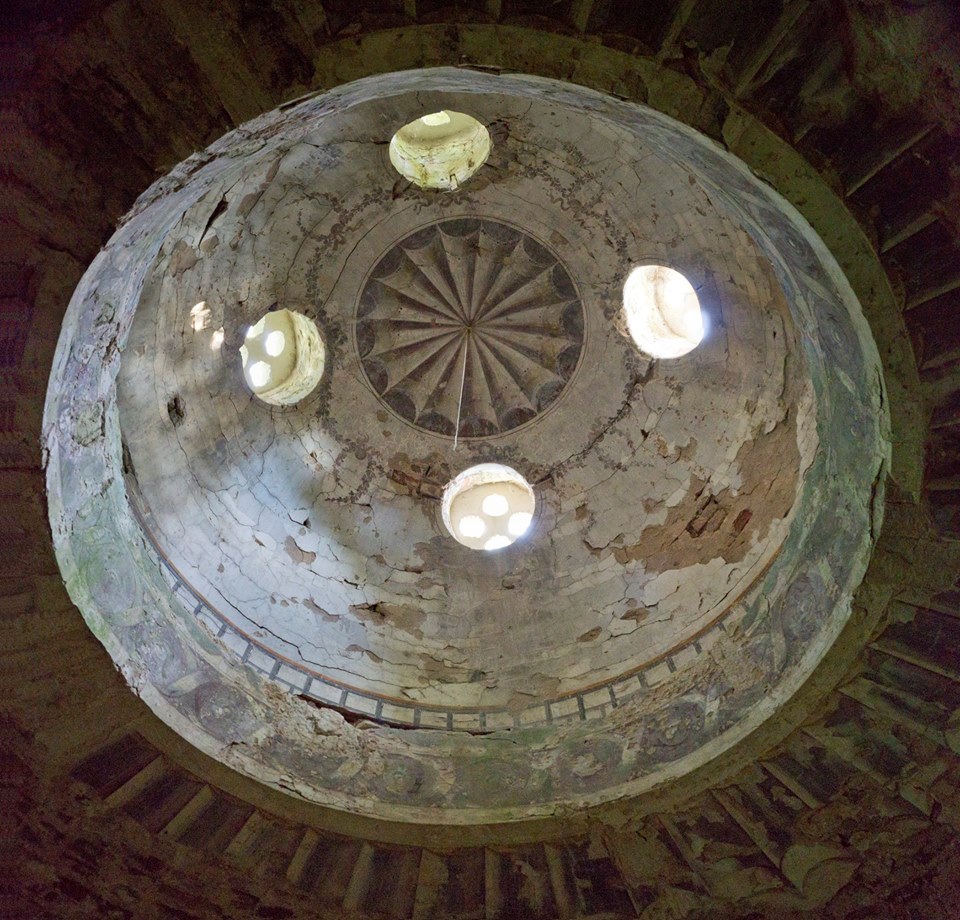 The entrance to the cellar is decorated with an arch of rough stone-limestone, which contrasted with the smooth surface of the walls of the pyramid. On both sides of the entrance is a semicircular niche. The wall of the loggia is the entrance door was plastered and frescoed, which created the transition to the interior.

The height of the pyramid of 7.35 m, the base of edge – of 8.96 m. a Facing plate thickness of about 8 cm are connected to the tongue. The internal space of the pyramid represents a system of three domed vaults, arranged in three tiers, with a common Central axis. Preserved fragments of murals of the interior, executed in grisaille technique. The arch is decorated with a rosette and ornaments in red and silver tones on the upper part of the wall is a garland of flowers and ribbons at the bottom of the wall, on the perimeter, shows a balustrade.

All the evidence suggests that N.. Lviv was well aware of the magical properties of pyramids and skillfully applied them in practice. For example, its wines, aged and stored in the cellar inside the pyramid, was famous for its excellent quality not only in Tver, but also in the neighboring provinces.

Already today, scientists have shown that exposed in the pyramid dry wine (9-12%), particularly red, have medicinal properties: beneficial for the immune system and the condition of blood vessels, improving blood circulation and restores the biorhythms of the vascular system. Exposure in the pyramid spirits neytralizuya effect of fusel oil, and the people who use them, there is no hangover.

Seed grain stored in the pyramid, gave excellent yields: 30-70% more than grains that were in conventional barns. However, the limited area of the warehouse is not allowed to fall asleep there a lot of grain, besides lions, people, far from agriculture, and have not sought for it, main focus on winemaking, brings a good income.

We should also say that inside the pyramid fruits and vegetables are not only wonderfully preserved but also acquired a special quality. The energy field of the pyramid has improved the structure of products, making them more useful and digestible for the body, besides giving it more therapeutic properties.

In the pyramid well had to take refuge from the summer sun, taste fruit, soft drinks. According to some reports, it was often together the cream of the aristocracy and even carried out Masonic rituals.

Maybe this pyramid was a secret laboratory in which Russian masons conducted their experiments. Judging by surviving records N.. The city, they tried to manage the flow of some invisible energy. It was believed that 13 members of the Lodge, uttering special incantations during the ritual inside the pyramid, can not much affect the minds of people.