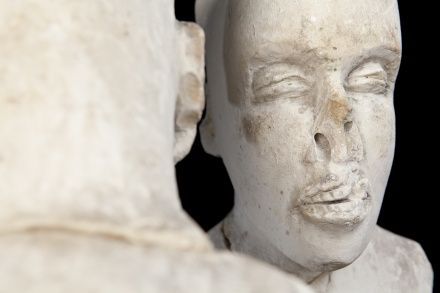 The mysterious sculpture, created thousands of years ago before the construction of the great pyramids of Egypt, despite all the efforts of scientists for more than ten years studying this artifact, remains a mystery.

The University of Concordia from Canada tried to establish the origin of this mysterious sculpture found in Egypt. The scientists took the statue back in 1999 and have been studying it ever since.

The height of the sculpture is 70 centimeters. Weight 80 kilograms. It represents two figures of naked creatures in a sitting posture. They have large elongated skulls and abnormally elongated limbs. They sit opposite each other facing each other. One figure seems to be a man, the second is a woman with a child in her arms. 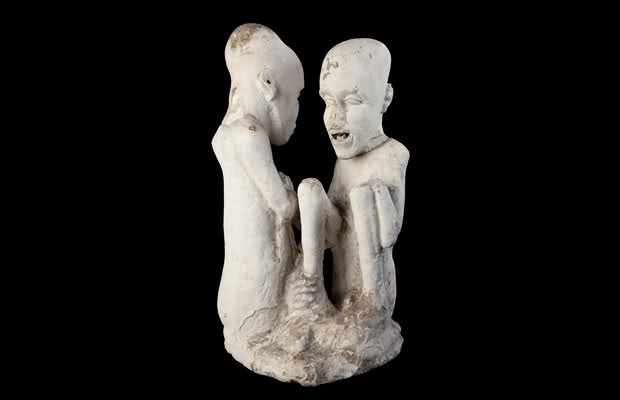 UNDATED — A mysterious sculpture held by MontrealÌs Concordia University – an artifact possibly thousands of years old and thought to pre-date the Pyramids of Egypt Û is being publicly displayed for the first time in hopes of attracting international attention and fresh insights into its origins. HANDOUT PHOTO: Concordia University. For Randy Boswell (Postmedia News). SCULPTURE 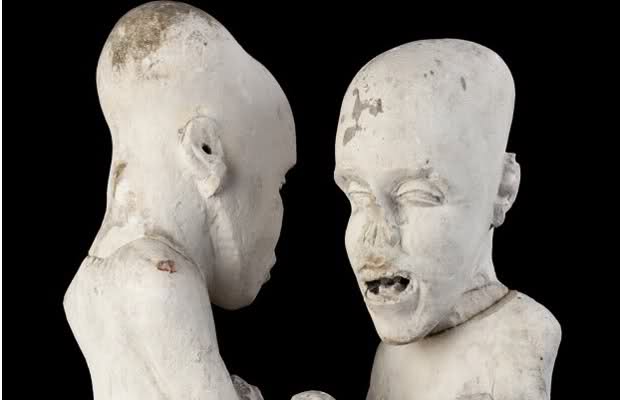 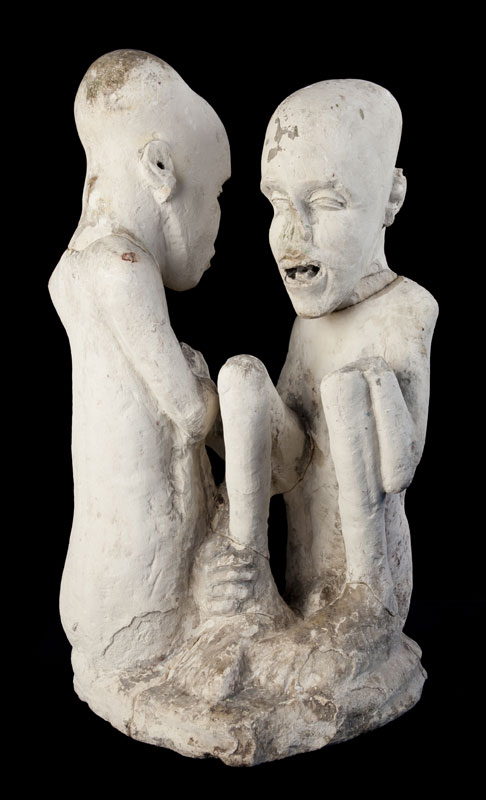 The statue has inscriptions on an unknown science language and it was not possible to decipher them. The language is so ancient that it simply can not be compared, there is no data about such a letter anywhere else.

The sculpture was brought to Canada in the 1940s Vincent and Olga Dinyakopulos, Greek immigrants from France who compiled a collection of world-class antiquities gathered from Egypt, Israel and other ancient sites in the world.

Later they opened a gallery in Montreal, and a huge collection of the family was donated in 1999 to the University of Concordia. Passing the statue to the university, Dinyakopulos was informed that she was discovered in one of the ancient tombs in the Egyptian Sakkara.