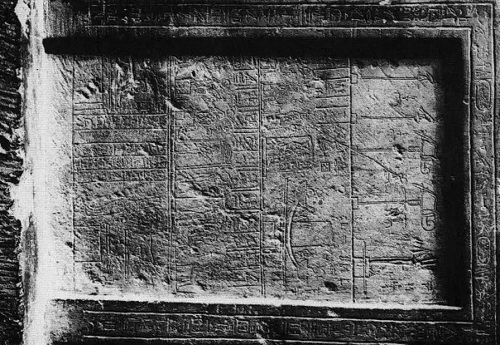 The stele of Pharaoh Cheops periodically appears and disappears from the exposition of Egyptian museums and hides in storerooms. The question is why? It’s all about the text that is embossed on this stele.

And this text completely contradicts the idea of ​​official science that the largest of the Great Pyramids was built by Pharaoh Khufu (Cheops). The text claims that Cheops carried out repair work on the Sphinx due to the fact that lightning struck a large plane tree next to the statue, after which the tree fell and damaged the Sphinx.

Also, the text of this stele mentions the construction of the temple of Isis by the pharaoh Cheops, which is located next to the Great Pyramids. However, the dimensions of this temple and the technology by which it was erected differ sharply from the technologies and dimensions of the Great Pyramids themselves. Consequently, these pyramids were not erected by Cheops or other pharaohs, but long before them.

The fact that Cheops carried out repair (restoration) work on the Sphinx contradicts the official version of history, because according to it, the Sphinx itself was built after the reign of Pharaoh Cheops.

However, the presence on the statue of ancient traces of water erosion from tropical downpours indicates that the Sphinx stood on this site for millennia before the beginning of the reign of the pharaonic dynasties in Egypt, when the area had a completely different climate.

Official historians do not recognize such an interpretation of the translation of the stele, but they themselves cannot give any intelligible translation. And, of course, as soon as independent researchers begin to show interest in this stele and its text, it immediately disappears from the exhibition halls of Egyptian museums.