Mystery of the Venus calendar of the Maya Codex 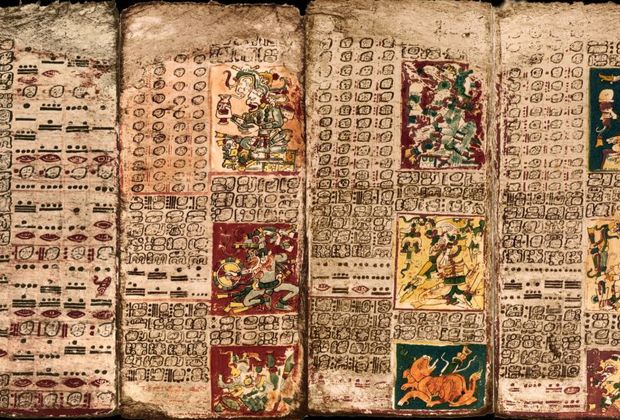 Scholar Gerardo aldana, University of California, Santa Barbara described the purpose of the calendar of Venus contained on 27-28-th pages of the Dresden Codex — one of four surviving Mayan manuscripts.

Calendar of Venus allows you to track the phase of the second farthest planet from the Sun system, taking into account corrections for leap year. According to Aldan, the manuscript was created in the classic era (800-1000 ad) under the leadership of Kaupakalua from the city of Chichen Itza. This man held a high position and was, as suggested by an anthropologist, an Indian scientist and astronomer.

Description of the motion of Venus and the construction of the Mayan calendar was based, as suggested by Aldan, on the centuries-old astronomical observations taken from the I century of our era. The scientist believes that in the texts of Venus transitive verb K al is set to not “tie” or “hold” and “invest”.

The table includes the calculation of the Venusian calendar with leap year, according to Aldan, underestimated, and the calculations of the Maya, contained in it, take into account the important achievements of Indians in astronomy and mathematics.

Mathematical aspects of the calendar of Venus interested scientists in the 1930-ies. The majority of experts believe that the Mayan calendar cannot be considered a scientific breakthrough because its laws are explained by far-fetched numerology, not long-term astronomical observations.

The Dresden Codex is the only fully preserved verbal-syllabic Mayan manuscript. It consists of 39 leaves, written on the skin and has a length of 3.5 meters. In Germany, the book came in the eighteenth century. The Dresden Codex, like others, contains a set of rules and recommendations adopted in classic period Maya society.