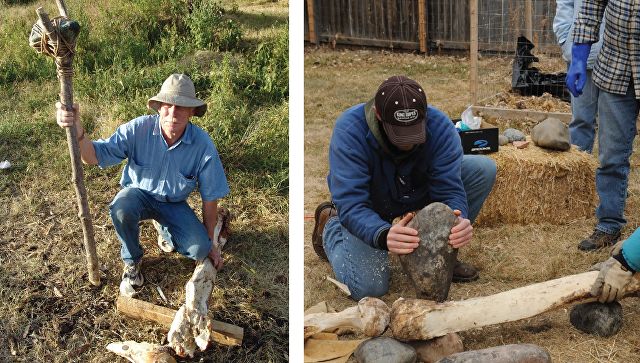 Representatives of the genus Homo penetrated the territory of the New World not thirteen, but 130 thousand years ago, as evidenced by the remains of mastodon, chopped tools of ancient hunters, sensationally say paleontologists.

“This discovery completely rewrites our notion of when our genus reached the New World, the things we found here indicate that some kind of ancient people lived in North America 115,000 years earlier than we thought. There is an interesting question – how these people could get here and who they were, “says Judy Gradwohl, director of the Museum of Natural History of San Diego, USA.

Lunch of the first American

Until now, all scientists believed that the New World was the last region of the Earth, which was inhabited by mankind. According to paleontologists, based on known traces of the presence of people in America, the ancestors of the Indians or other Cro-Magnon groups penetrated to America approximately 17-15 thousand years ago, migrating from Siberia to the eastern regions of the United States through a patch of land that existed on the site of the modern Bering Strait.

Earlier dates of the colonization of America were not even considered by scientists – this “bridge” between the New World and Eurasia existed only in short intervals, about 70 thousand years ago and 23-13 thousand years ago, and before that most of Chukotka and Alaska was covered with impassable Glaciers. Therefore, the possibility of penetration of Neanderthals, “Denis” and other ancient people to America has always been perceived as a fantasy.

Gradwol and her colleagues found out that it somehow happened, studying two extremely unusual graves of mastodon bones found in southern California in 1992 and 1993, in a place on the ocean coast, named “Cherutti-Mastodon.” It was named after the paleontologist Richard Cherutti, who discovered these remains.

The fossils they found were heaps of mastodon bones, in fact whole skeletons surrounded by an unusually large pebble, the nature of which remained a mystery to paleontologists before the authors of the article opened.

The teeth and bones of the “cousins” of mammoths carried on themselves unusual traces of injuries – a lot of dents and fractures of a strange shape that were not found on the surface of the bones found by wolves and other animals. All these injuries, as noted by paleontologists, appeared on the bones simultaneously and in the same place, which for quite some time have led scientists to argue about who or what could leave them-the tools of ancient people, the teeth of animals or some natural cataclysms.

The Adventures of Neanderthals in America

The team Gradvol, who suspected that these animals were among the first victims of people, tried to prove this in an original way – the scientists studied the nature of the lesions on the bones of mastodons and attempted to reproduce them using stone tools made by anthropologists and elephant bones. 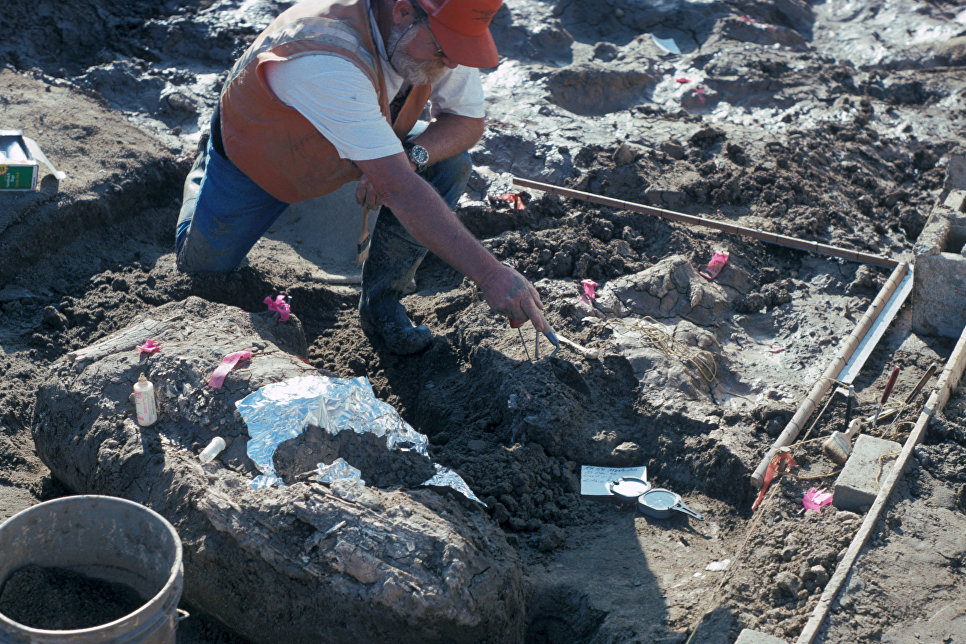 As it turned out, the blows with a kind of stone axes and powerful chisels that resembled the shape of that “large pebble”, which was found along with the bones of mastodons, broke elephant bones just as the remains of the ancient giants of America looked like. Moreover, the pattern of cracks and scratches on the rubils themselves was identical to that found on ancient stones.

Most of the scientists were surprised not by the fact that they managed to find the remains of the mastodon, but their age – comparing the shares of uranium isotopes in these bones and the rocks around them showed that they were buried about 130 thousand years ago, plus or minus 9 thousand years .

Such age of the remains not only indicates that Gradvol and her colleagues managed to find the most ancient traces of human being in the New World, but also shows that at least one species of ancient “cousins” of man, and not only modern people, lived on her Territory. They penetrated America, scientists suppose, moving along the Pacific coasts of Asia and Alaska, crossing the small straits that separated the continents.

It is not yet clear who these people were. They could equally be the Neanderthals, their cousins, the “Denis”, as well as older people such as Homo erectus, whose descendants, as the latest discoveries in China show, existed on the territory of East Asia almost before the arrival of Cro-Magnonians 35-30 thousand years ago.

Prove and verify this will be, as scientists recognize, only after discovering new traces of the activity of these “first Americans” and the discovery of their real remains.