Neanderthals could use natural medicines

In the samples of Neanderthal teeth, the scientists found traces of plants and fungi – natural sources of aspirin and penicillin.

Some bacteria that live in the mouth give off a cocktail of proteins and polysaccharides, which forms a deposit on the teeth and allows them to securely attach to them. In combination with the substance of the tooth enamel and pulp itself, it leads to the appearance of calculus. It retains the “locked” cells of the microflora of the mouth, bacteria that have accidentally got here from the air and the gastrointestinal tract, cells of plant and animal food. In appropriate circumstances, their DNA in the calculus is preserved for thousands of years.

Such material was obtained from the remains of Neanderthals, who lived in Europe between 42 and 50 thousand years ago. He was joined by a large international team of scientists led by Laura Weyrich and Alan Cooper of the Australian Center for Ancient DNA (ACAD) at the University of Adelaide. About the unexpected results of this work, they tell in an article published by the journal Nature. 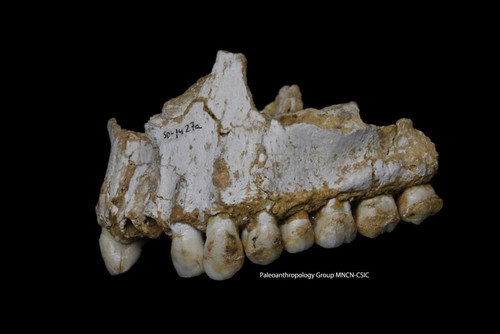 DNA was able to isolate from the remains of four people found during excavation in the cave of Spay in Belgium and El Sidron in the Spanish Pyrenees. Apparently, the “national cuisine” of the residents of these and other places was very different: the Neanderthals who lived north actively consumed the meat of wild sheep and still not extinct woolly rhinoceroses, as well as mushrooms. In contrast, the “Spaniards” relied more on a vegetable diet, including nuts from conifers, tree bark and even lichens.

In one of the inhabitants of the cave of El-Sidron, scientists discovered Populus trichocarpa poplar DNA, the bark of which (like the bark of some other willow plants) contains salicylic acid, a direct precursor of ordinary aspirin. In the same remains, the authors noted traces of severe tooth and abscess disease, and also of the intestinal parasite, which led them to assume that taking an “aspirin-containing” plant by this person was not an accident.

The analgesic properties of willow bark and other related plants have been known to people since antiquity, but the find pushes back the beginning of her medical use in far more distant times. But even more interesting is another: in Neanderthal tartar samples, scientists also noticed traces of the DNA of Penicillium fungi, a source of penicillin. Perhaps they also knew the action of antibiotics? ..

“The use of antibiotics would be a big surprise, it’s over 40 thousand years before the discovery of penicillin,” says Alan Cooper. “Certainly, our findings contrast sharply with simplified ideas about our distant relatives.”

In the same samples, it was possible to detect traces of other microorganisms, such as the Archaean Methanobrevibacter oralis, which can cause abscesses on the mucosa. The authors note that, in general, the microflora of the oral cavity among the “Spanish” Neanderthals was closer to our common ancestors living in Africa, but the “Belgian” – to the early tribes of hunters and first farmers.