Near Novorossiysk found the grain harvest 5800 years ago 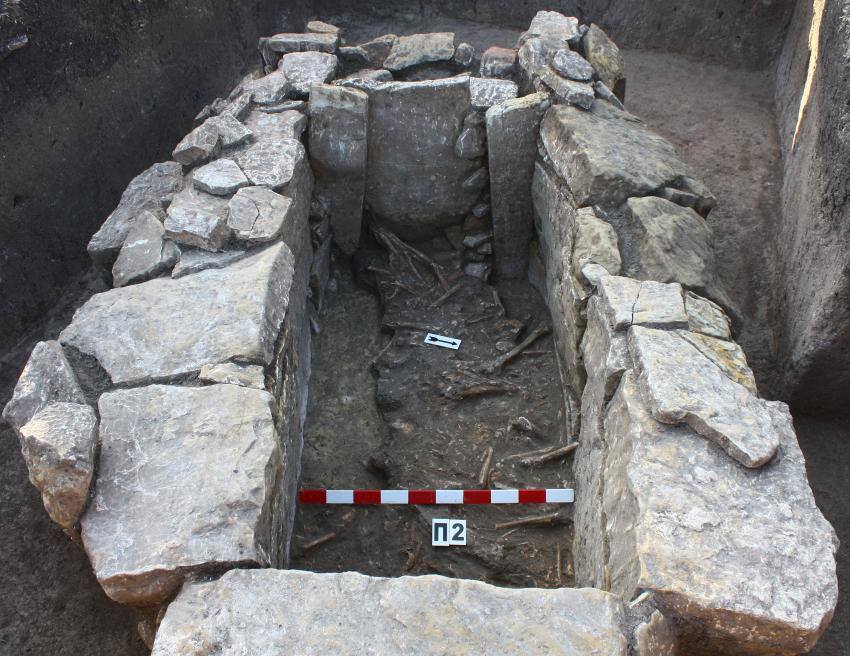 Age was found near Novorossiysk archaeological site scientists have identified grains on human teeth. Novorossiysk archaeologists in recent years found in the suburban village Natuhaevskoy few settlements belonging to the so-called Maikop culture of the IV Millennium BC. e. the name of this culture received the first found settlements and graves of the era in the heart of the capital of Adygeya. Unlike these archaeological sites in the vicinity of Novorossiysk is that only here find painted ornament of ceramic ware.

To determine the age of the finds, through the Institute of archeology found in one of the vessels of grain were sent for Dating to England.

And it turned out that we found the grain was the crop of the ancient tribe of 5800 years ago. It’s an ancient grain found in the territory of Russia, — said head of the archeology Department of the Novorossiysk historical Museum-reserve Alexander Shishlov.
In addition, the Kurchatov Institute, the Novorossiysk ordered genomic analysis of human remains from two burial groups of the same era. It was used by extracts of ancient DNA extracted from the teeth. The method of large-scale sequencing (the sequencing of nucleotides in the DNA molecule) were analyzed and the sequence of the mitochondrial genomes of ancient people discovered in the tombs.

It was found that the genotypes of the ancients that lived in our area, the Kuban, are quite common throughout Europe and belong to two haplogroups (populations with a common ancestor). Moreover, one of the first haplogroups can be traced from Paleolithic times, and the second appeared in Eastern Eurasia along with the Neolithic farmers.