Necropolis – the golden city of the dead 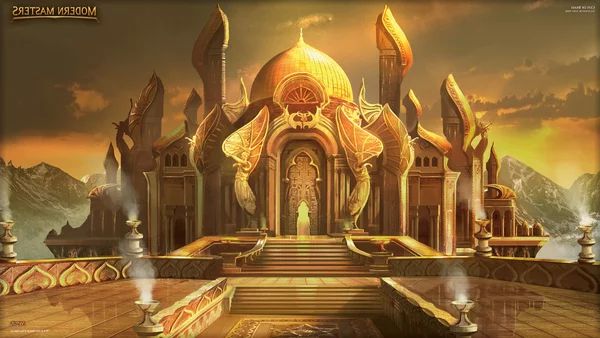 Necropolis is a legendary ghost town with golden domes and dead ones. Despite its name, it was built for the living, all encrusted with gold and stones.

The Legend of the City of Necropolis

1352 BCE The great king Merzovy wanted to have a city of gold. Early, none of the rulers could afford it. But as the kingdom flourished at the expense of gems of gems and gold, it was decided to erect a legendary city. Construction lasted for 15 years. And now the golden city was erected. Golden domes, columns, temples and the palace of the king. In honor of this the king invited all subjects to a feast. A noble feast, overseas treats and booze.

So far, people have celebrated, trouble has come to them. The army of neighbors came to seize the golden city. The enemies killed everyone, spared no one, no children, no wives. Dying, the noble warrior promised to return and take revenge, and no one can live in this city.

The enemies lived in the city for only 3 days. Upon the arrival of his king, all were killed, torn to pieces. Seeing this, the king ordered to close the stone dome city. Because he was cursed. All the inhabitants, who were killed there, began to kill encroachers on treasuries and golden columns. And they called it Necropolis.

Later there is a legend, the great-grandson of the illegitimate son of the local tsar could safely enter the tomb. Blood ghosts were recognized and allowed to take a little gold, from time to time for living. But, he took 1 bag, did not return. Toles from fear, toli of shame, and maybe he was enough, the fact that he took.

There was one more who visited this city. The Messenger himself pulled the Frozen Sword out of the treasure to fight the river monster. Only that’s why the dead guards did not touch him? Probably, because he already had a sword to which the dead obey, and no one even entered into battle with him.

Many archeologists and seekers of treasures seek to find the Necropolis, one for cleaning the treasury, others for historical purposes. There is an opinion that there are not only gold and jewelry, but also precious scrolls, magic items and records of ancient years, even before the appearance of a man when Divas ruled the earth.

For now, this is considered one of the most desirable cities for the find, but do not forget that this is the city of the dead, and their swords can only be broken by the descendant of the king. But, who knows, it really is so, Necropolis one day.