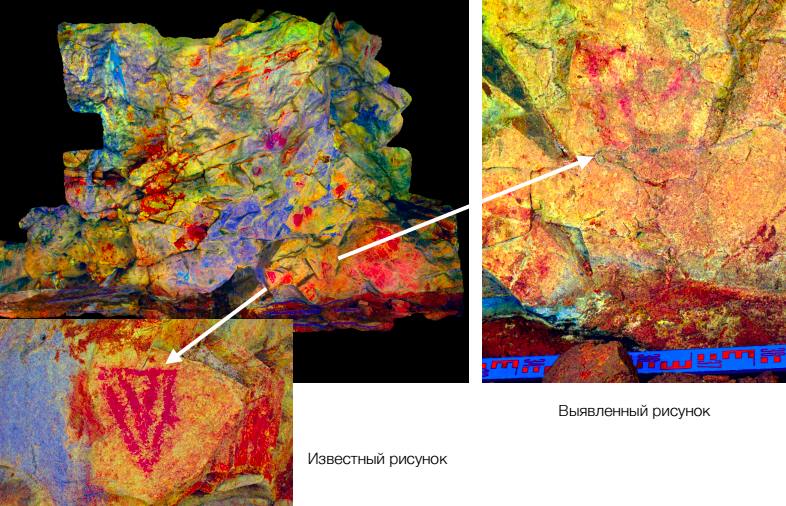 In the cave Shulgan-Tash in Burzyan district of Bashkortostan, new images, previously unseen to the human eye, were discovered. Research work was carried out by the staff of the Center for Palaeo-Art of the Institute of Archeology of the Academy of Sciences (Moscow).

The results were obtained by modeling based on the photogrammetric survey of the relief of the entire rock surface of the cave.

“At the end of March, we carried out work on the continuous photographing of the walls, when not only those areas on which well-known drawings are located were fixed, but all the walls as a whole. To do this, we used photography and photogrammetric processing. Then the texture of the photo image was taken from the 3D model, and after the digital processing new images that were previously invisible to the eye of the person were discovered, – said Alexander Pakhunov, junior research fellow at the Academy of Sciences. – It’s a minimum of two drawings, they were located literally next to the already known rock carvings, but due to the fact that their state of preservation was poor, they could not be detected earlier. The drawings are painted, this is the same geometric motif of two triangles, similar to the one that is next to it. ”

Also on the walls, in addition to geometric images, numerous red spots are fixed, now experts carefully analyze the samples of spots, in order to understand the natural traces or intentionally applied images. Preliminary color analysis suggests that these are really traces of paint, because the natural formations look different, they have a different color.

Also, due to the fixation of large areas with the use of photogrammetry, archaeologists managed to collect together certain fragments of images that had not previously been integrated into complete drawings, to see how the various drawings correlate. The research and restoration work will be continued, the composition of the paint, the recipes for which they were prepared, the order of distribution of the drawings along the surface of the cave walls will be studied.
It should be noted that Moscow archaeologists arrived in Ufa for the III International Symposium “Museification of Historical and Cultural Heritage: Theory and Practice”, dedicated, among other things, to the preservation, museification and popularization of the ancient cave paintings of the Shulgan-Tash Cave. The forum will be held from 7 to 10 June in the Murat-Tugai district of the Burzyan district. Foreign experts on the preservation of ancient rock carvings take part in it. The international expedition on the removal of modern graffiti from the walls of the cave Shulgan-Tash will continue its work. It will be headed by the European restorer Anton Eudal. Also in the forum takes part the French specialist Alain Delis, who will be engaged in the exact copying of the walls of the cave Shulgan-Tash for the museum of the same name. The museum historical and cultural complex will be created at the cave itself to preserve its unique Paleolithic painting, to form a new scientific and tourist cluster of European level.