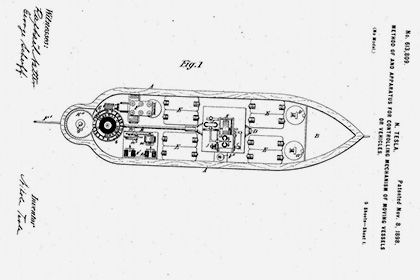 The first inventor of killer robots was Nikola Tesla. In the patent of November 8, 1898, discovered by engineer Matthew Shrajerom (Matthew Schroyer), described the unmanned war machines, destructive power which is enough to humanity refused to war.

According to Tesla, his machines do not need wires and cables. These ships will navigate through “waves, pulses or radiation, which is perceived through the land, water and air and reach any object within the effective range. Thus, Tesla has provided the modern use of radio waves which in the 1890s had only begun to use for communication.

The patent, titled “method and apparatus for managing the mechanism of moving vessels or vehicles”, also includes reasoning about applications of the device. In addition to the delivery of goods and communication with hard to reach areas, Tesla mentions military purposes: “Guaranteed and unlimited destructiveness of my invention will establish and maintain perpetual peace among the peoples”. 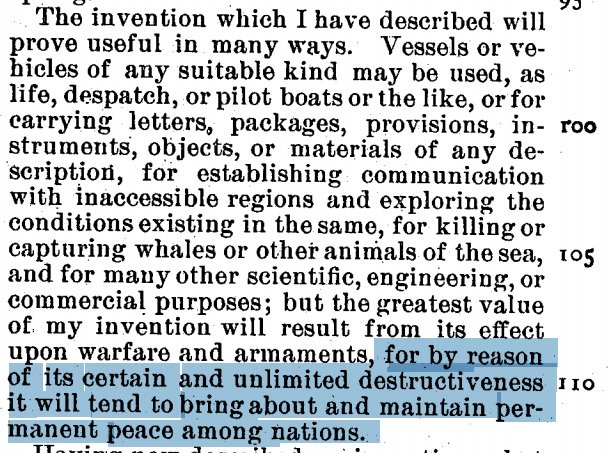 Nikola Tesla (1856-1943) — inventor in the field of electrical and radio engineering of Serbian origin, engineer, physicist. Born and raised in Austria-Hungary, in the following years he worked mainly in France and the United States, became a citizen of the United States. Widely known for his contribution to the creation of devices operating on alternating current, multiphase systems, synchronous generator and induction motor.